Congratulations with the last month of summer and the final stage of BOS development. The end of July as far not simple but first things first.

First of all, our press-trip that lasted for 2 weeks is finally over. Our goal was to show the game to the US and European media, and everything went quite well. If you’re wondering how interested the modern gaming media is in flight sims, check out the Press about us section here. I personally would like to mention the EU presentation in Prague where we were lucky to meet some folks from the community, which was possibly the best part of the trip.

Secondly, we’ve released Fw 190 A-3 for early access. A great plane that raised great disputes. Today’s update contains some fixes in regards of Focke-Wulf’s damage model and its 3D model. We’ve worked at the compromise solution that had been proposed earlier this week, and we hope that this new approach to the windscreen implementation would be more commonly accepted.

Thirdly, ILYA Muromets was sent to early access and added to the digital store yesterday. As we’ve said before, this project is important for us because it’s our very first experience of working on a title devoted to one of the fathers of modern aviation which Igor Sikorsky was. .And also it’s a wonderful chance for a technological experiment (mouse control in particular) that we wouldn’t risk to start in a larger sim project. And we keep on working on the Historical campaign mode - currently it has the top priority in development - and on He 111, the German bomber. You’ll see a couple of screenshots with it below. 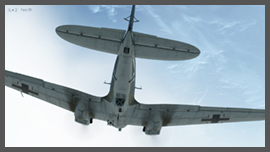 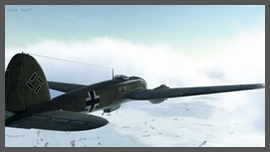 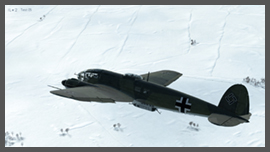