This week has been rich in all sorts of events in the development. The late Friday update is an adequate proof of that.

We've started Early Access program for IL2BOS on Steam. Hopefully, it will help us make sure that the game runs smoothly and reliably which let’s you have fun playing it when released. There are two versions available for purchase - the regular one (Standard) and Deluxe edition (Premium). The extra planes La-5 and Fw 190 are also available as DLCs.

Store page of the game →

Also we've decided to make it possible to upgrade a Standard Edition into a Premium Edition. Buying both extra planes automatically gives you a gold bar on the forum instead of the silver one and grants you special markings on multiplayer servers.

The second big news is the one you've been waiting for since last Friday. It is the FM changes for several aircraft. Almost all of them were modified except for LaGG-3. Stability of all planes was reconfigured and the plane's reaction to sharp movements of the stick was revised. Rudder effectiveness for Fw 190 was slightly decreased. Roll rate was finalized for all planes according to the reference base that we have. So it wouldn't be a lie to say that maneuverability characteristics of all BOS planes are complete.

We expect quite a lot of feedback and impressions on the recent changes. So we'll be answering the most topical questions. And remember that the next  big update won't take long to arrive which will bring us the He 111 and extended engine control features. 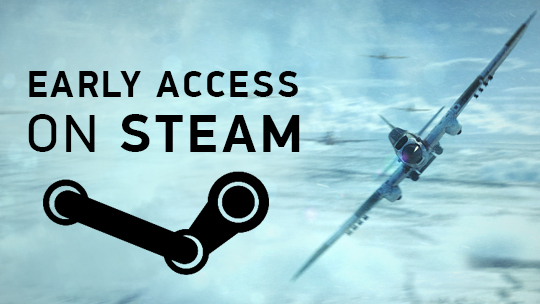