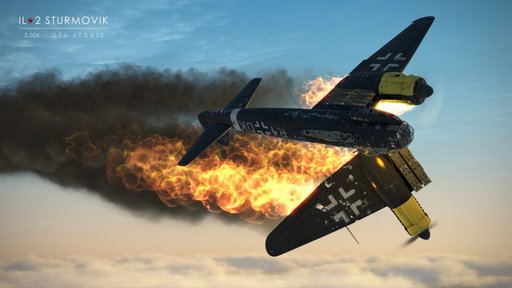 The two next Bodenplatte aircraft are not yet finished, but we have decided not to wait for them and release the update that contains the results of our work since 3.005 release. There is a lot of changes, fixes and improvements, some of them are long-awaited ones.

Many graphical effects were reworked and some new ones were added. Other fixes include Career mode, multiplayer, AI and collision system improvements. There is a new content as well - new modifications were added for Fw 190 A-8. The full change list follows:

23. You can set the starting altitude up to 10km in QMB;
24. Projectiles now can be stopped by trees;
25. Fw 190 A-8 modification: removal of two 13mm MG 131. This allows to model the bomber variant of the plane; some Sturmjager modification aircraft also had them removed;
26. Fw 190 A-8 modification: F-8 with a 1000kg bomb with reduced stabilizer;
27. Flying Circus German and Entente pilots are now animated;
28. German WWI pilot now has a parachute;
29. 30 mm and higher caliber guns can overheat (they couldn't before);
30. All guns fire dispersion differ while firing single shots and in bursts;
31. Burst fire dispersion corrected for Soviet fuselage mounted guns;
32. Burst fire dispersion corrected for German wing mounted guns;
33. While driving, AI now takes into consideration all nearby vehicles instead of the vehicles of its group only;
34. AI has learned how to control the advanced (player controllable) tanks, they can be used in missions;
35. The water in all water cooled engines boils at different temperatures depending on the altitude;
36. Fuel actually burns out in an event of a fuel tank fire;
37. Fuel tank fire intenisity decreases when all fuel is burned out;
38. Fire intensity directly affects the speed of structural damage;
39. Fuel fires are extinguished when an aircraft hits a water surface;
40. Mission generator toolset released (you can download it here and unpack into your IL-2 install if you want to try it);

41. Simple vehicles (not controllable by player) physics modeling improved. They shouldn't 'fly' away from collisions as they sometimes did before anymore;
42. German aircraft of Bodenplatte timeframe carry bombs of a different color that was used in the late war;
43. German aircraft of Bodenplatte timeframe carry SD 70 fragmentation bombs instead of SC 50 which production was canceled in 1943;
44. Aircraft loadout tooltips adjusted;
45. Career: the game won't freeze when creating a character in certain squadrons at a certain time;
46. Career won't freeze in May 1943;
47. Career won't show incorrect days at the end of February;
48. Player wingmen won't be captured by the enemy if the player finishes a Career mode mission above the enemy territory;
49. The player marker shows the character name in Career mode;
50. A rare crash in multiplayer has been fixed (it could happen when Pe-2 series 35 lost its wing).
51. The game server and clients won't crash when a player controlled tank impacts the ground, for instance, after falling from a damaged bridge;
52. Multiplayer net packets won't slowly increase in size over time;
53. Multiplayer net packets now have their CRC checked, this should improve the data transfer stability;
54. Net load decreased by optimizing the data packets carrying graphical effects data;
55. Statistics system accuracy increased (this should fix the situations with unaccounted kills);
56. Minimum starting altitude in QMB on Novosokolniki map has been increased to 250m;
57. Sharp texture changes were corrected on the Stalingrad map near Golubinsky;
58. The pilot won't be injured by the wing fuel tanks fire on Bf 110 E2, Bf 110 G2, P-39L-1 and Yak-7B series 36;
59. A rare crash has been fixed (it could happen when Pe-2 series 35 detonated after hitting the ground).
60. Bomb doors handle on He 111 planes is now animated;
61. Broken window in the lower cockpit fixed on He 111;
62. Fw 190 A-8 right WGr.21 launcher arming lamp now works;
63. On Fw 190 A-8 with F-8/G-8 mod the 20mm guns stay on the same fire trigger with MGs;﻿
64. Radiator assist on MiG-3 and IL-2 won't overcool the engine at high altitudes;
65. Pe-2 series 35 upper turret correctly shows ammo left in HUD;
66. Yak-7B altitude mixture controller corrected;
67. Coolant overheat warning in technochat corrected;
68. Damage system performance optimization should decrease the CPU load;
69. Radiator assist closes or opens radiators in a more smart way;
70. Fokker Dr.I and SPAD 13.C1 durability are back to RoF values. 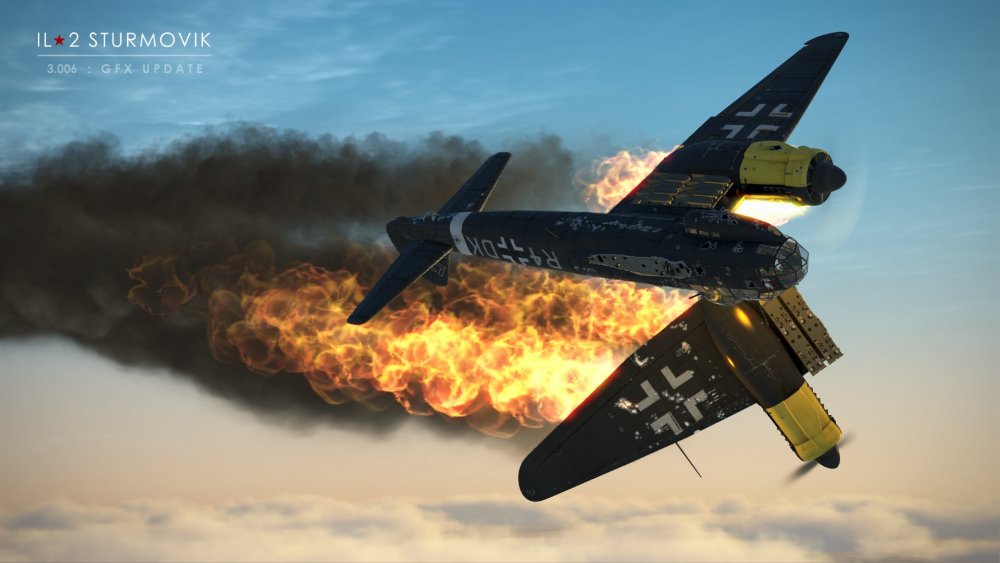 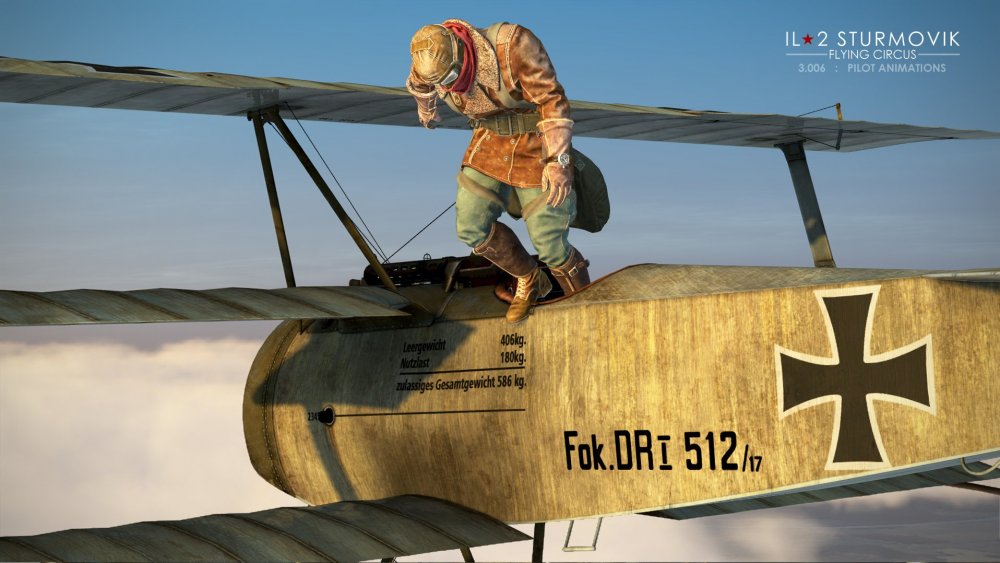 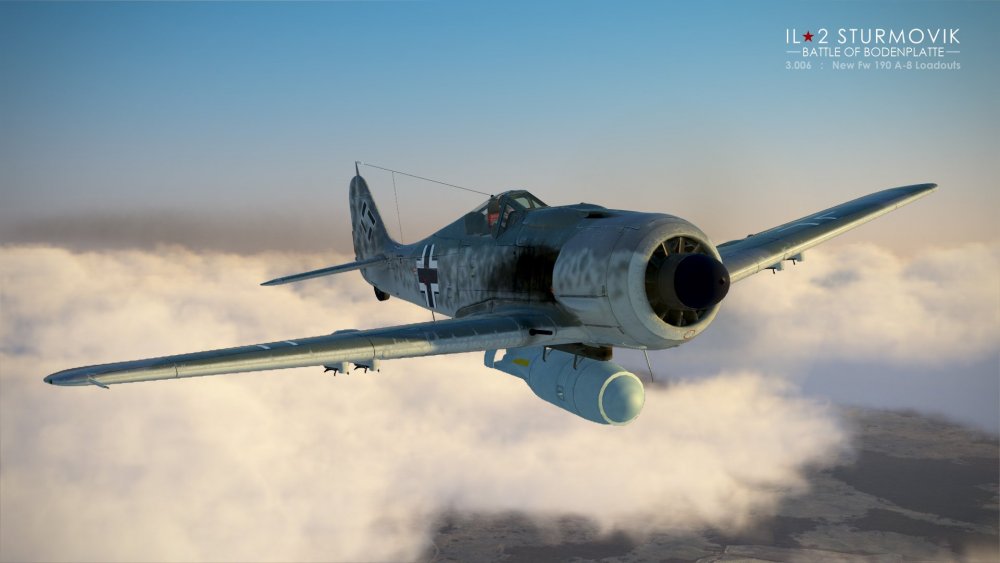