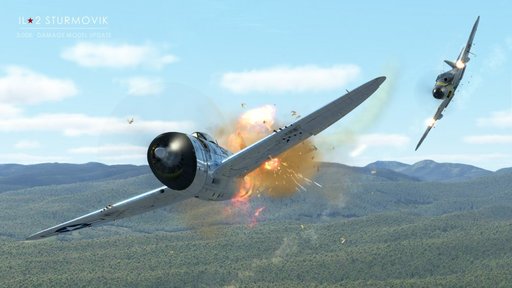 We spent the two weeks since the previous release on intensive work on important aspects of the project. In the not-too-distant future, we'll be adding some huge new features for our Early Access titles, so we've decided to take some time and concentrate on several smaller, but important and long-awaited improvements and create this update.

There is a large number of changes and improvements in aircraft systems, their model and the AI. We added the new British pilot model to the sim and all Bodenplatte and Flying Circus pilots can now take their oxygen masks and goggles on and off. Multiplayer improvements also continue since the last version too. There are new performance optimizations for sea maps. Users who encountered stutters using Microsoft Force Feedback joysticks and TrackIR now have an option to tune FFB effect polling frequency using the additional setting in startup.cfg file.

For mission designers we added a way to control Timer and Counter values dynamically. To do this, there are two new logical objects Modifier: Add Val and Modifier: Set Val. We plan to widely use them to alter various triggers in the future, but at the moment they can be used for:
- modifying a Timer trigger value. A modifier can set, add or substract the time value in a timer by using the 0 index of the controllable value and 1-st field of the value vector. When set to a negative value, the time counter is reset and the timer stops until the next input. For example, this can be used to reset and stop a timer in a mission, delaying some events tied to it.
- modifying a Counter trigger value and threshold (initiall set in a mission). To alter a Counter value, use the 0 index of the controllable value or alter Counter threshold using the 1-st index. For example, a certain mission event like a premature elimination of some targets can lower the threshold of a Counter to make sure the others are eliminated at the moment the player arrives to the waypoint. 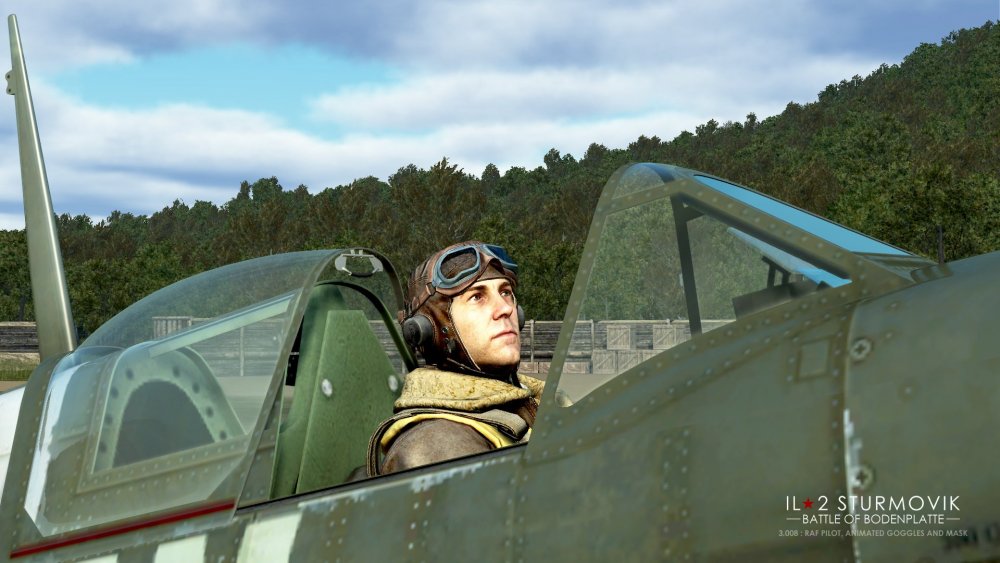 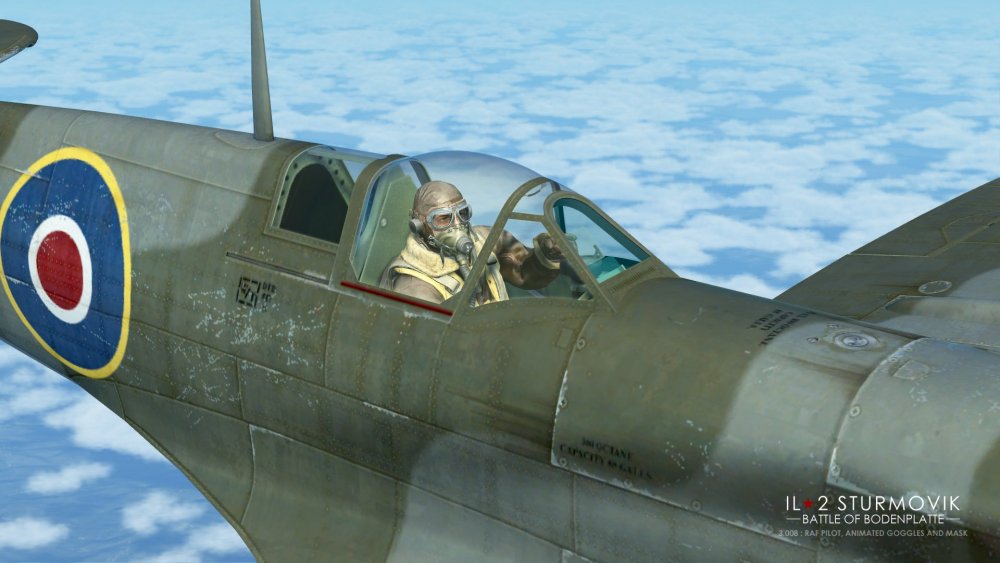 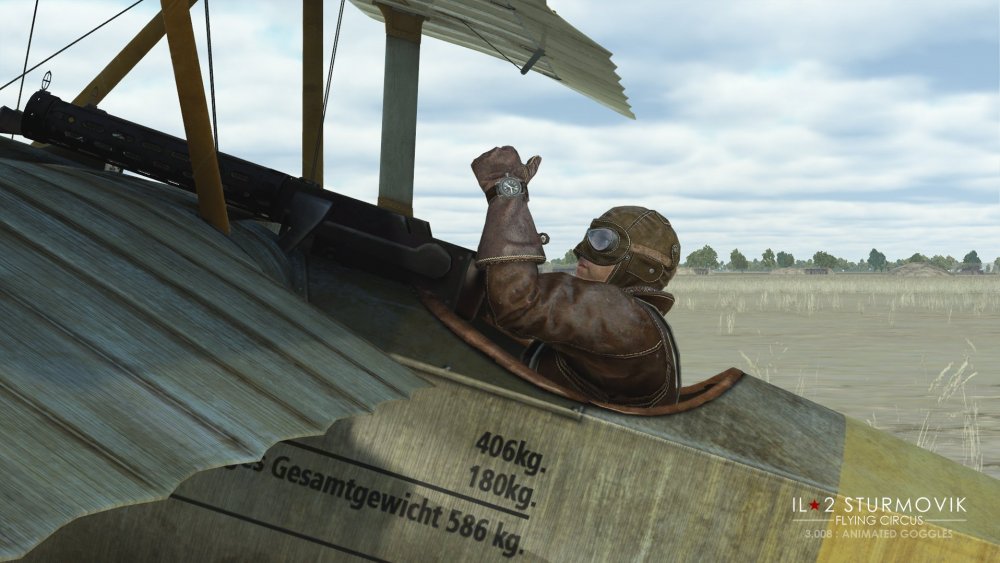 Main features
1. Late war British pilot added to Spitfire Mk.IXe;
2. New control elements added to mission logic (useful for mission designers): "Modifier: Add Val" and "Modifier: Set Val". They can alter the values of other logical elements - Counter and Timer (when used with a Timer object, Set Val can input a negative value to reset and stop a Timer);
3. Force Feedback joystick owners who experience stutters can alter the new value in startup.cfg that governs the maximum frequency of FFB effects polling to try to eliminate them (update_freq parameter in [KEY = force_feedback] section can be set to a value from 0.5 Hz to 10 Hz, example: update_freq = 10.0);
4. Additional renderer optimizations for sea maps (Kuban, Bodenplatte in the future) allowed to boost performance on such maps even more;
5. AA searchlights now can follow Attack Area command which can be used to limit their search area and/or use them as visible beacons (useful for mission designers);
6. Multiplayer: 'allow other players to man stations' option now saved;
7. Multiplayer: various issues like statistics 'freezing', inability to start a mission, kill messages disappearing were fixed for high-load servers;
8. Multiplayer: missing AP hit sound effects and some other sounds restored;
9. A rare crash that could happen in high load situations like joint air-ground engagements with many units has been fixed;
10. keep_binary_log = 0 option in startup.cfg correctly removes binary logs from the game folder on exit;
11. Career: mission area correctly set while escorting transport planes in Stalingrad TOW;
12. Incorrect navigational markers won't be shown in a mission without player aircraft;

Damage model improvements
13. P-47D-28, Yak-7b and Spitfire Mk.IXe wings made less fragile when damaged;
14. Aileron control rods correctly damaged when Yak-7b, P-39L-1 or P-47 wing is damaged;
15. An overdone HE explosion effect on the primary structure of an aircraft has been reduced.
16. Damage calculations of the airframe take a hit angle into account;
17. Damage from direct hits and explosions on the skin and control rods has been tuned;
18. Minor visual damage correctly appears after a first hit;
19. The visual damage of a cockpit glass correctly appears after a first hit there;
20. Ju-52 instruments can be damaged now;
21. Aircraft primary structure won't erroneously receive double damage in case of hits on the internal components like fuel tanks, engine, radiators, etc.);
22. Airframe sturdiness tuned for all aircraft;
23. Armor of the internal components corrected whenever it was wrong;
24. P-47D-28 wing damage corrected (wing loss is preceded with a wing crack);
25. A weapon won't fire if its ammo supply was lost with a wing part;
26. Fuel tank fire probability corrected for Flying Circus aircraft;
27. Ammo detonation effects differ visually depending on the explosion power;

GUI changes
54. Starting altitude won't reset in QMB;
55. Flare gun indicator won't be shown after restarting a mission in external view;
56. Flight frequency option in Career corrected;
57. The wrong message about timescale won't be shown on mission end;
58. Interface music can be turned on when interface sounds are turned off;
59. Airfields are correctly shown after changing the current chapter in Career;
60. Previously selected modifications correctly shown in QMB. 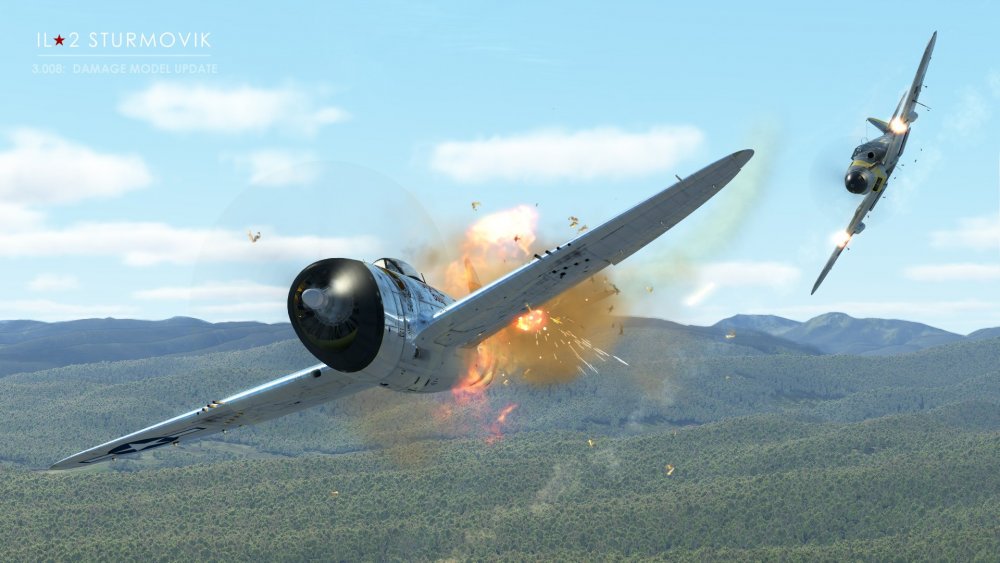