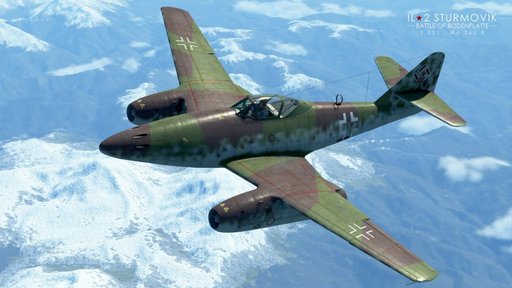 Today we have finished another huge update and it is already available to you. It includes the new war machines you can control - jet fighter/bomber Me 262 A Schwalbe for Bodenplatte, Т-34-76 made by UVZ factory in early 1943 for Tank Crew - Clash at Prokhorovka and airplanes S.E.5a and Albatros D.Va for Flying Circus - Volume I.

Upping the exterior textures to 4К quality level for Bf 109 F-4 and Fw 190 A-8 are another neat feature, as well as adding visible crews to player controllable Pz.III Ausf.M and M4A2. All VR users get the long-awaited fix of an aircraft propeller that looked distorted with VR reprojection turned on. There are many changes in aircraft and ground AI. The level of detail of player controllable tank systems and their damage model is nearly final. And as usual, there are many improvements in FM and aircraft systems modeling.

AI improvements
11. AI fighters may cancel the attack run when hit by a bomber gunner fire;
12. AI fighters aim better when engaging a straight flying target;
13. AI fighters open fire earlier when engaging a straight flying target;
14. AI fighters maneuver more carefully when covering bombers;
15. AI keeps the formation much better;
16. AI ground attack planes and fighters RTB if they have no ammo for forward-firing armament left;
17. AI bombers open bomb bay doors during the bombing run only if there are bombs inside;
18. AI bombers won't open bomb bay doors during the route by mistake;
19. AI won't attempt to land on tank spawn points in multiplayer in case of an emergency;
20. AI gunners fire only at targets selected as 'Engageable' (Mission Editor parameter);
21. AI guns and tanks aim in a more realistic way, there is a slight fire delay after aiming and before re-engaging;
22. Driveable tanks controlled by AI keep formation better, including cases of losing one or more tanks of a platoon;
23. Ground AI can set and keep User Formation by mission command (current relative position of vehicles in the group);
24. Ground AI has three new formations: line left, line right, centered line (relative to the group leader);
25. Ground AI now correctly selects and uses APHE ammo (it used only AP ammo before);
26. Ground AI won't fire at crewmen escaping from friendly vehicles;

New features for player controllable tanks
27. It's possible to limit the maximal gear by X and Z key;
28. Enter key invokes the damage control overlay;
29. Headlights state, engine damage and overheat, low oil pressure and battery charge, maximal selected gear limit are shown in the quick info interface panel;
30. Lots of instruments and controls are now animated: odometers, service meters, engine revolutions counters, ignition switches, starter buttons, oil temperature indicators, amperemeters, voltmeters, fire detection lamps, radio tuning dials, parking brake handles, turret locks;
31. Transmission damage affects the changing of gears, they become harder or impossible to switch;
32. Oil system damage causes engine damage at a progressing rate;
33. Cooling system damage affects oil and cylinder heads cooling effectiveness;
34. Electrical system damage affects the functionality of lighting, powered turret traverse and engine starter;
35. Engines have a heat model that is affected by damage;
36. Cold engine yields less power until it heats up;
37. An engine with overheated oil or cylinder heads accumulates damage fast;
38. 'Warmed up engine' option is valid for tanks too;
39. Fuel or oil leak could lead to a fire that can kill the crew and cause the ammo detonation;
40. In case of fire, the crew uses fire extinguishers if there are any left. It takes up to 2 seconds using automatic fire extinguishers and up 5 seconds using regular ones;
41. Damaged suspension springs or torsions can become lame;
42. If the coolant is boiling, there is a visible vapor exhaust from radiators;
43. A damaged engine can fill the tank interior with smoke;
44. Firing the gun and MGs can obscure vision in the tank interior;
45. Crew clothes, faces, hands, etc. can become dirty from smoke;
46. The turret traverse speed decreases with the inclination of the tank, it may be impossible to turn the turret at a high inclination angle;
47. The driver instruments functioning was updated;
48. Powered (electric) turret traverse mechanism added to KV-1s and Т-34-76-UVZ-1943 with the manual traverse as the backup one. The powered traverse mechanism won't work if it is damaged, there is no power or the engine is off;
49. Powered (hydraulic) turret traverse mechanism added to M4A2 and PzKpfw. VI Ausf. H-1 with the manual traverse as the backup one. The powered traverse mechanism won't work if it is damaged or the engine is off;
50. Backup (pneumatic) engine starter added to KV-1s and Т-34-76-UVZ-1943 that is used if there is no power;
51. Additional (panoramic) gunsight added to KV-1s and Т-34-76-UVZ-1943;
52. Backup gunsight (iron sights) added to Pz.III Ausf.M;
53. The shaft between the flywheel clutch and the gearbox on M4A2 is correctly animated;
54. Pz.III Ausf.M brake drums are correctly animated;
55. Pz.VI Ausf.H1 engine cooling fans are correctly animated;
56. Tanks won't 'jump' on rubble left from destroyed buildings;
57. A rare issue that could cause a still functioning tank to appear destroyed, but with functioning turret has been fixed;
58. A rare issue that could cause a still functioning track to appear destroyed has been fixed;
59. A small visual issue (grey square near the gun gunsight) has been fixed for Pz.III Ausf.M and Pz.VI Ausf.H1;
60. KV-1s paint color has been corrected;
61. The motion of a damaged right track of Pz.III Ausf.M has been corrected;

New features in aircraft physics, systems and animations
62. Infinitely firing aircraft of other players shouldn't randomly appear in multiplayer anymore;
63. Additional steps were taken that should eliminate a rare problem of another player plane being invisible before opening fire;
64. PTAB sub-munitions effect on ground targets has been corrected;
65. Damage calculations for AP, APHE and HEAT aircraft-launched rockets have been significantly improved;
66. Physical models of all aircraft engines have been revised, many rare bugs were found and fixed;
67. A rare issue that could crash the sim when all fuel was spent (or leaked away) on Ju-88 and He-111 H6/H16 has been fixed;
68. A rare issue in P-47 turbocharger that could crash the sim was found and fixed;
69. The error that caused the Flying Circus aircraft propellers to have more power than RoF ones has been found and fixed. The notable difference was found at lower flight speeds, but additional research showed that this error made during porting of RoF planes to Flying Circus more or less affected all flight characteristics of the Flying Circus aircraft. In this update this error is fixed, so flight characteristics of all Flying Circus planes fully correspond to RoF before update 1.034. You can see the updated flight characteristics of Albatros D.Va and S.E.5a in their in-game descriptions, while updated descriptions for other Flying Circus aircraft will follow in the next update when we redo all the required measurements;
70. All aircraft: when starting or shutting down the engine with all three difficulty options "Cruise control", "Throttle auto limit" and "Engine auto control" turned off you need to move the engine controls during the startup or shutdown procedure yourself;
71. All aircraft: wind noise sound with jettisoned or broken canopy won't disappear at 720 kph and higher speeds;
72. All aircraft: new technochat message informs the player about the engine failure (when it shuts off by itself without player or throttle limiter input);
73. All aircraft: new technochat message informs the player that the engine start command is ignored if the startup requirements are not met;
74. Fw-190 D9 and Me 262 A: there is a tip in chat clarifying that the engine throttle is blocked from moving to cutoff position when the engine is on;
75. Sopwith Camel and Sopwith Dolphin skid steering animations were corrected;
76. Weight values listed for all large gunsights of Flying Circus planes and for the camera on SPAD XIII.C1 have been corrected;
77. Weight values listed for additional Lewis MGs on Sopwith Dolphin have been corrected, speed loss information added;
78. Moving horizontal stabilizers control levers or wheels can be heard;
79. When an engine is turned off, the motion speed of a throttle lever with engine helpers turned on has been increased (it is now the same as its motion speed with engine helpers turned off);
80. In multiplayer, you can hear the engine starter of another player.

Because of the huge amount of changes, the track and mission format was changed. If you're an author of a custom mission or campaign, you need to resave your creation (it can be done quickly using 'Convert missions to binary in folder' in the Mission editor). 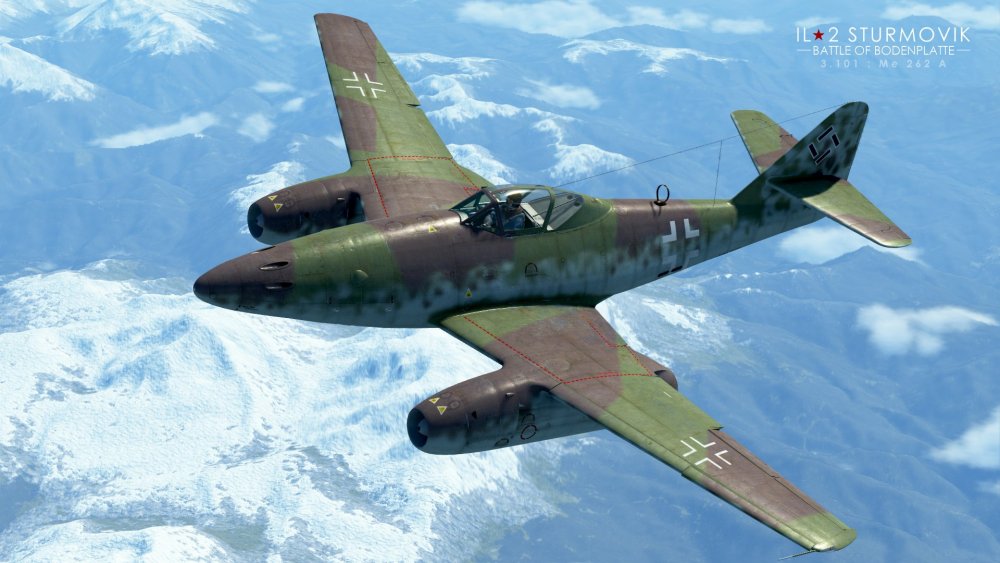 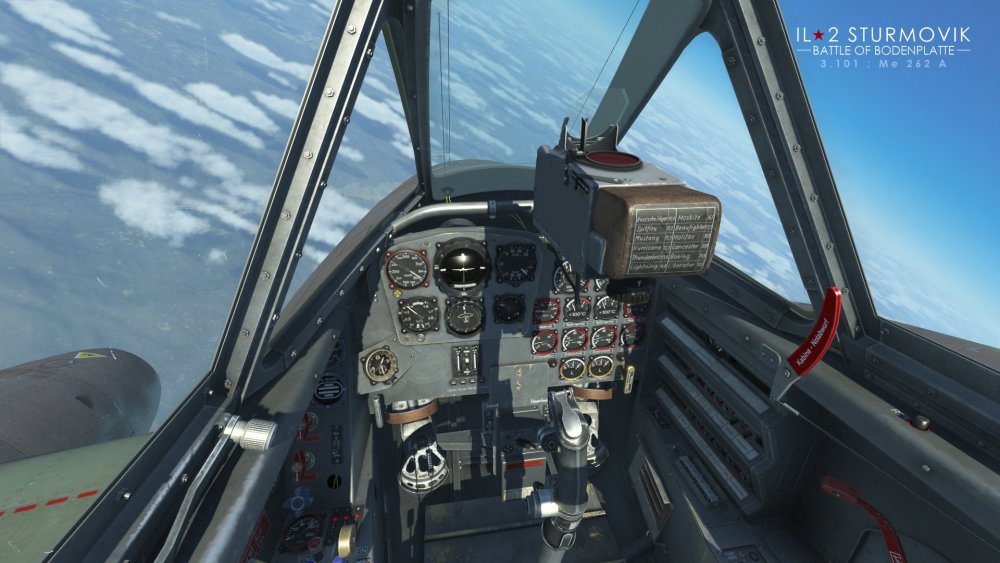 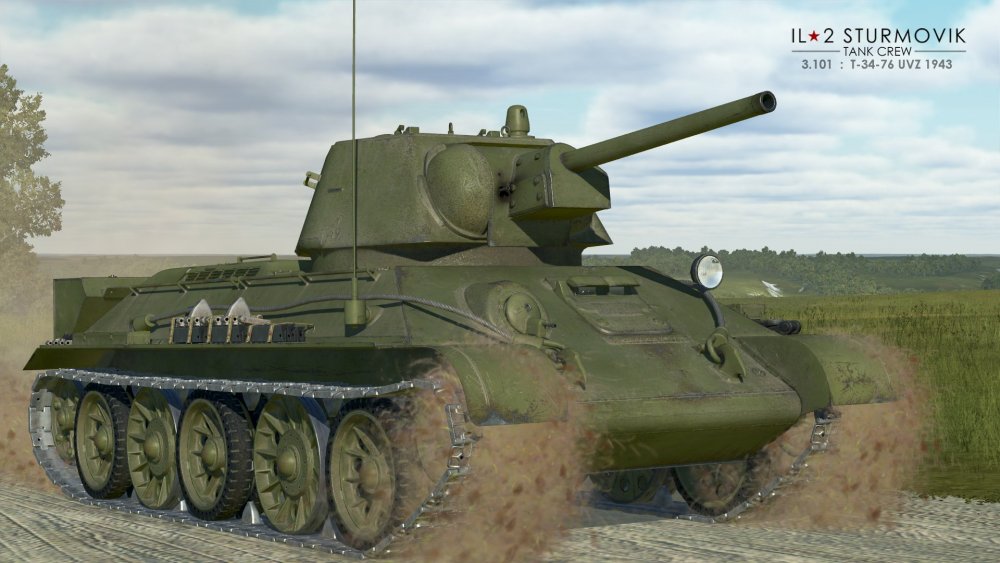 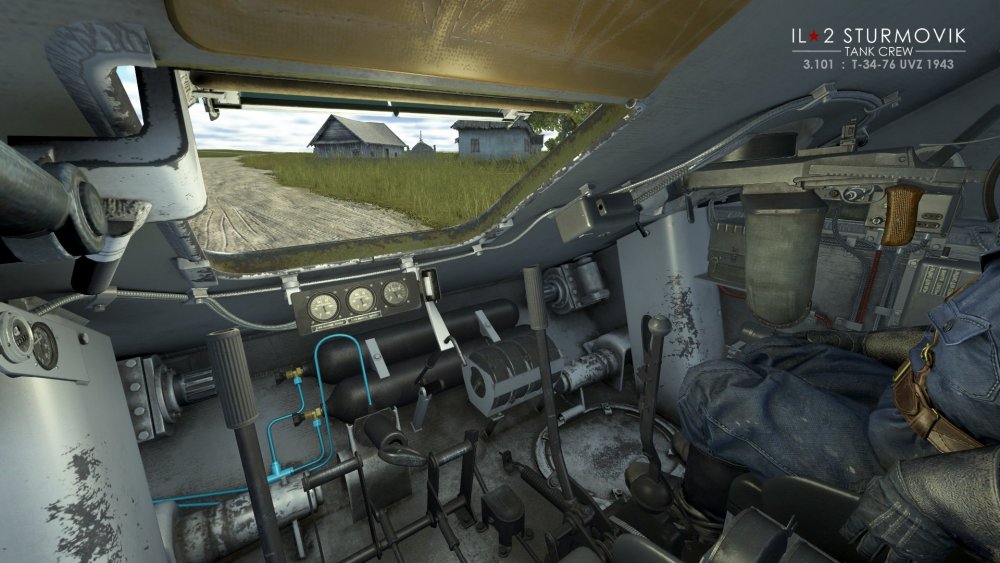 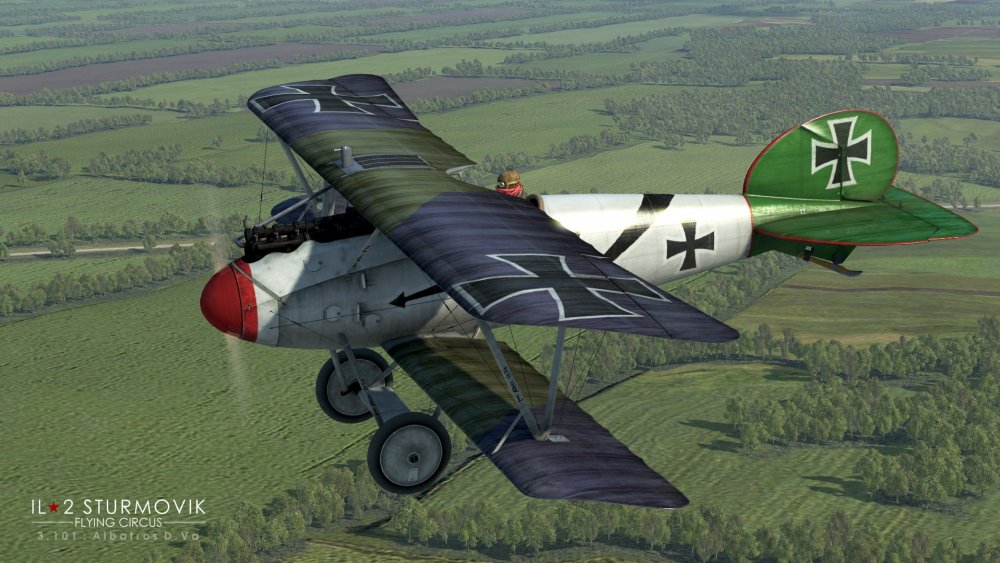 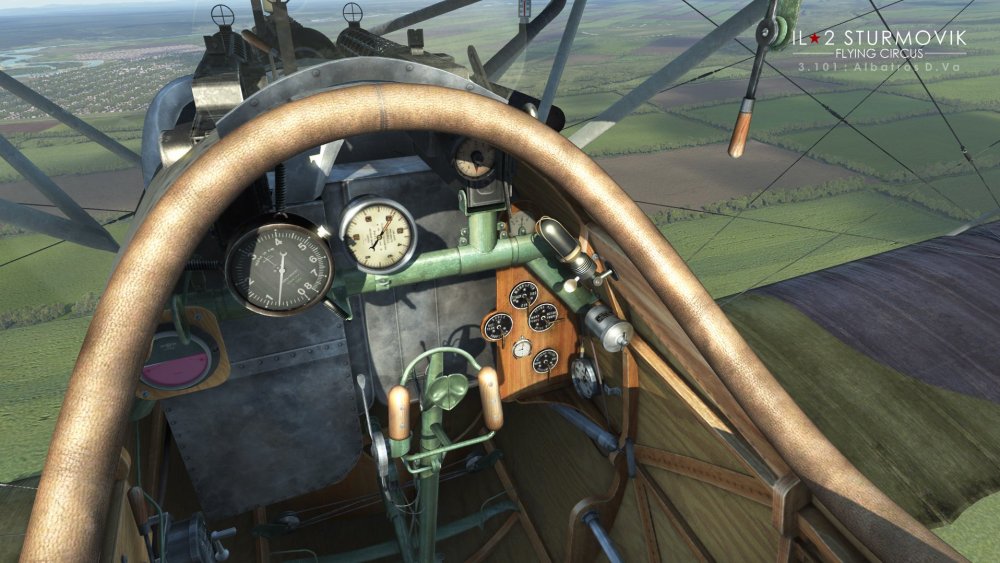 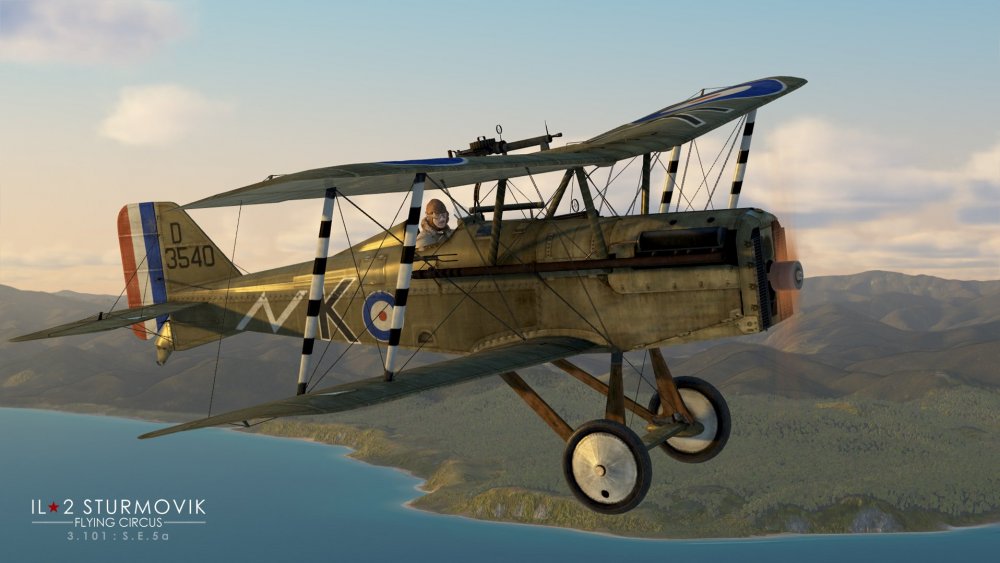 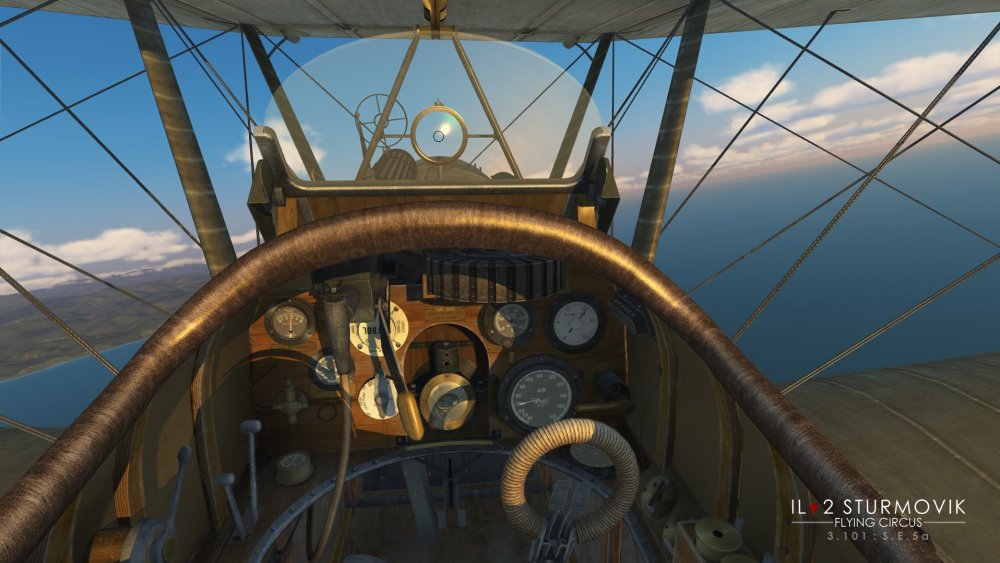