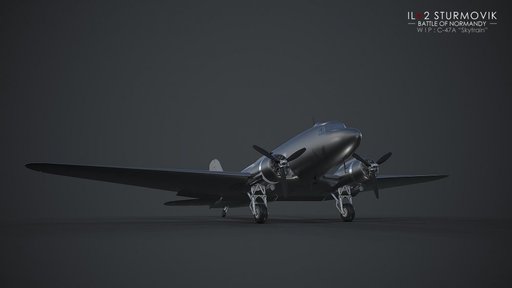 The progress on many parts of the Battle of Normandy project is becoming more visible with each passing day. We have placed the order on the numerous ground vehicles that will be outsourced while the design document on the buildings for the new map will be finished soon. The list of the airfields and the map borders are final and the work on the map itself has begun in earnest. The list of the squadrons that will be recreated in the Battle of Normandy Career mode and its main scenario are prepared as well. Visual models of the three aircraft and the FM of the first one (P-47D-22) are in the works.

Today we can show you the current state of the visual model of the second aircraft in development - C-47A transport plane (it will be controlled by AI). The famous WWII legend, it was the best known Allied transport plane. Built under license in many countries, its civilian versions are still in service now, in the early XXI century. This workhorse played a key role in the airborne operations of the Battle of Normandy. 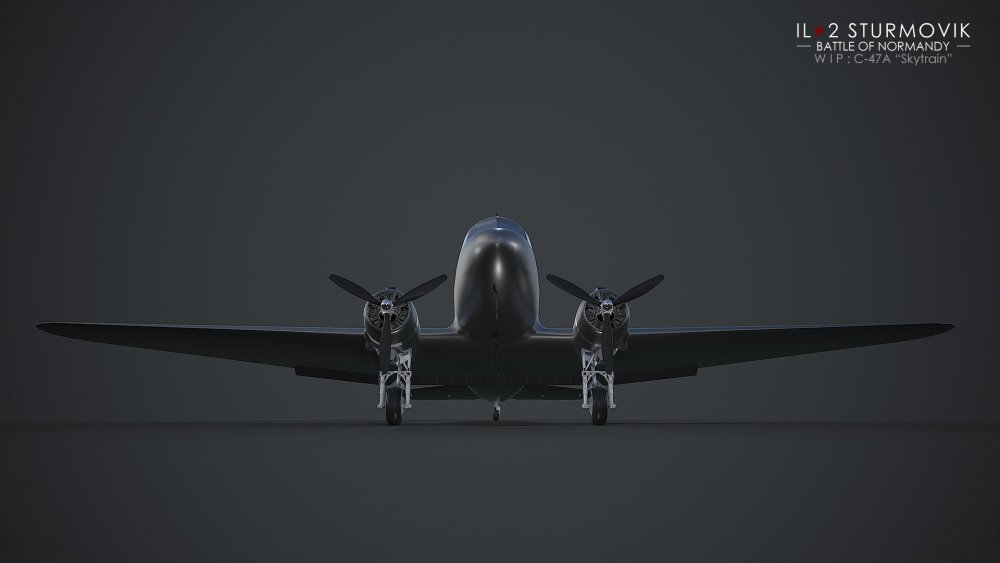 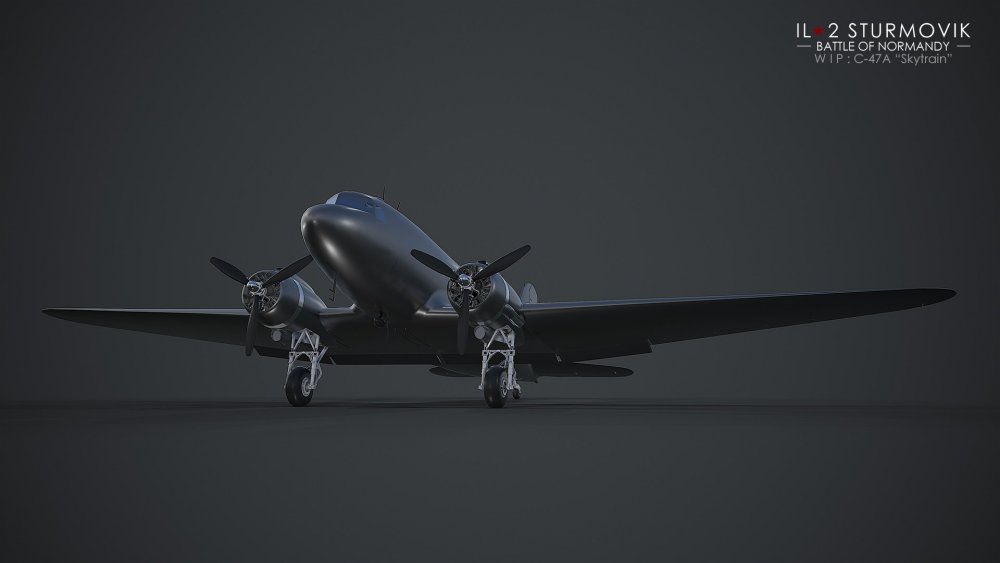 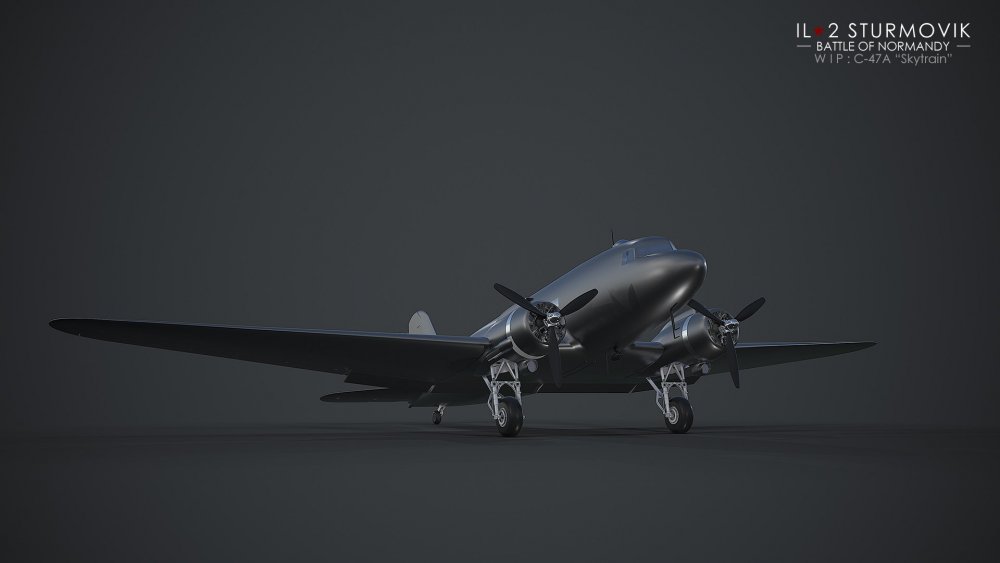 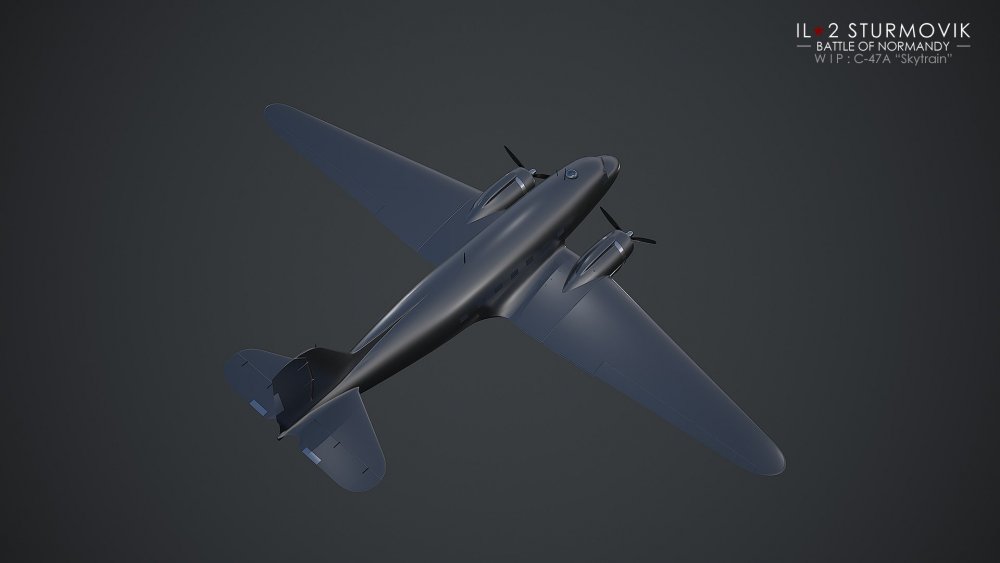 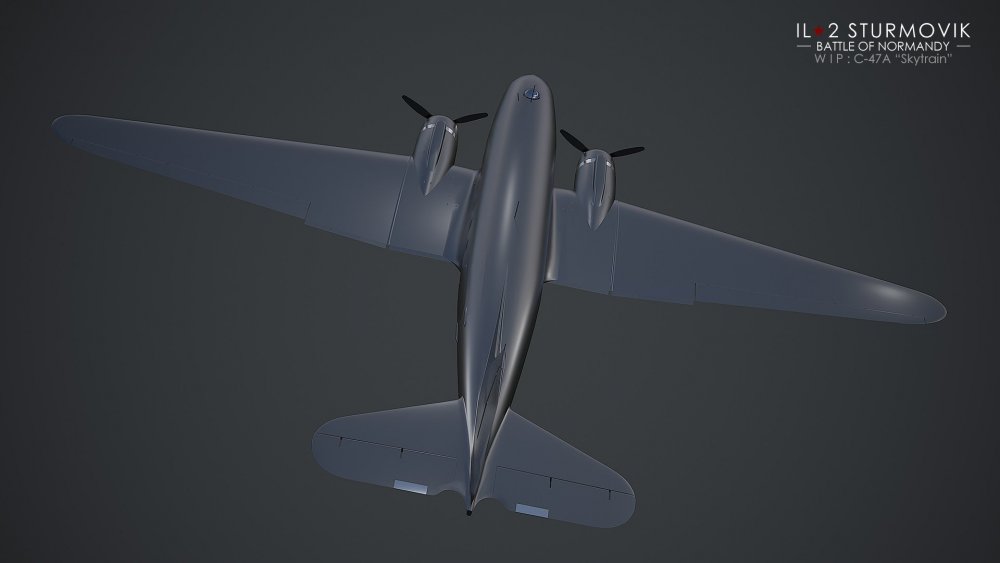