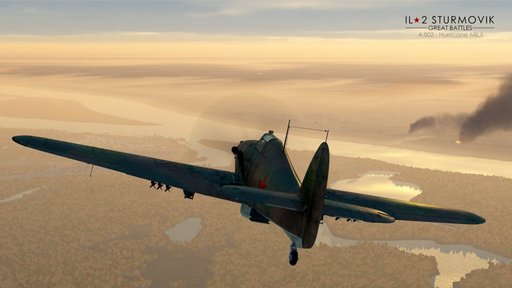 On this chilly Autumn day, we’re releasing a large update to IL-2 Sturmovik - update 4.502 is here! The star of this update is the new Hurricane Mk.II Collector Plane. This plane has the most modifications in our sim and with a wide range of weapon loadouts available this makes it 5 aircraft in 1. You get several variants including the IIa, IIb, IIc, IId and the one with the Soviet armament. The famous Dust Filter and Merlin XX engine with +14lb boost are also available. On top of all that, you can use the new bird in the Career mode right away - we added it to the Battle of Moscow and the Battle of Stalingrad careers. In addition to the Hurricane, we have added the legendary С-47А "Skytrain" transport plane for the Battle of Normandy. The C-47 is AI only but adds a new dimension to our missions and the variety of Allied aircraft you will encounter in the sky. It is also great for mission makers who want to make supply runs an integral part of their battle. And finally, the Battle of Moscow players receive new 4K quality skins for the Bf-110 E-2 thanks to our talented friend Martin =ICDP= Catney. 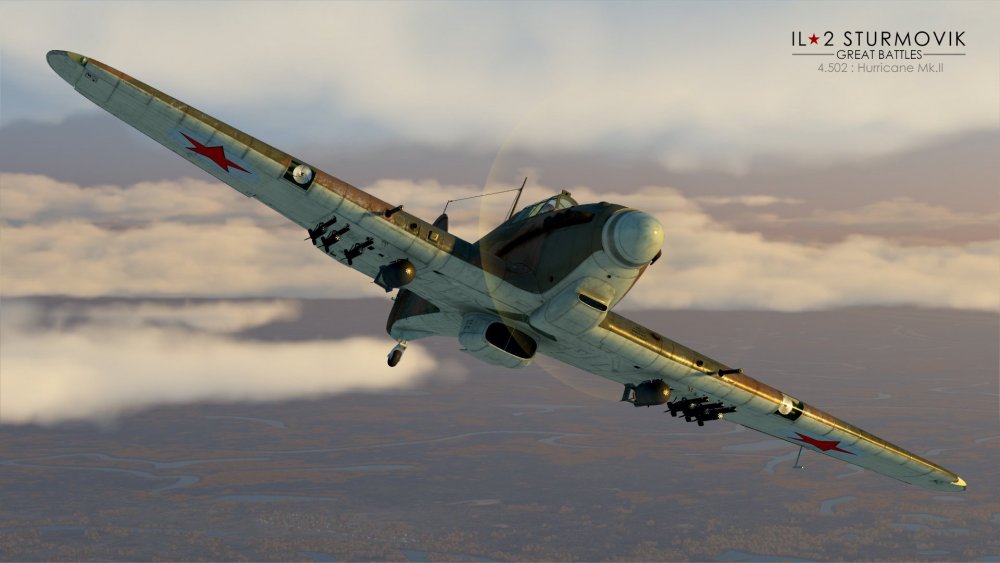 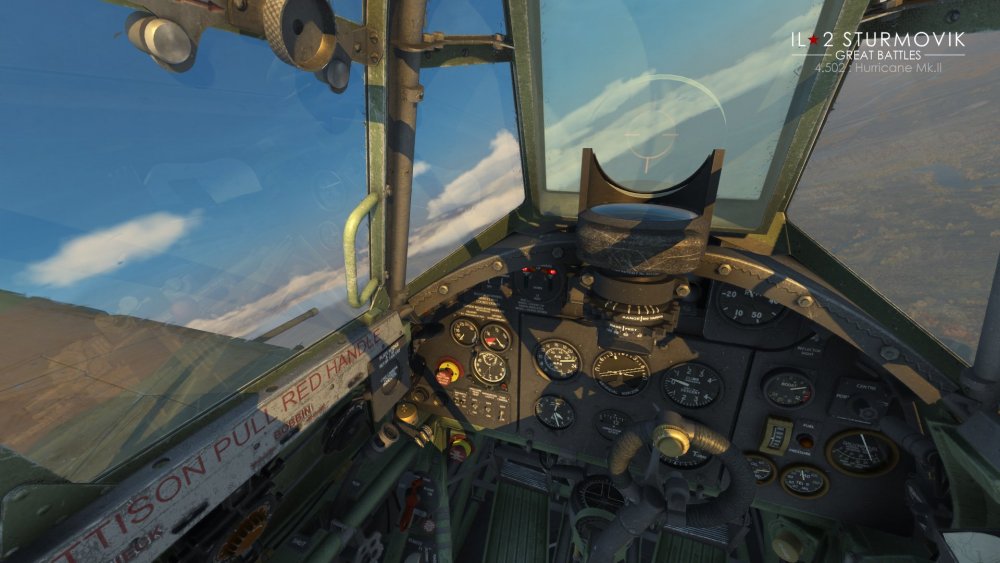 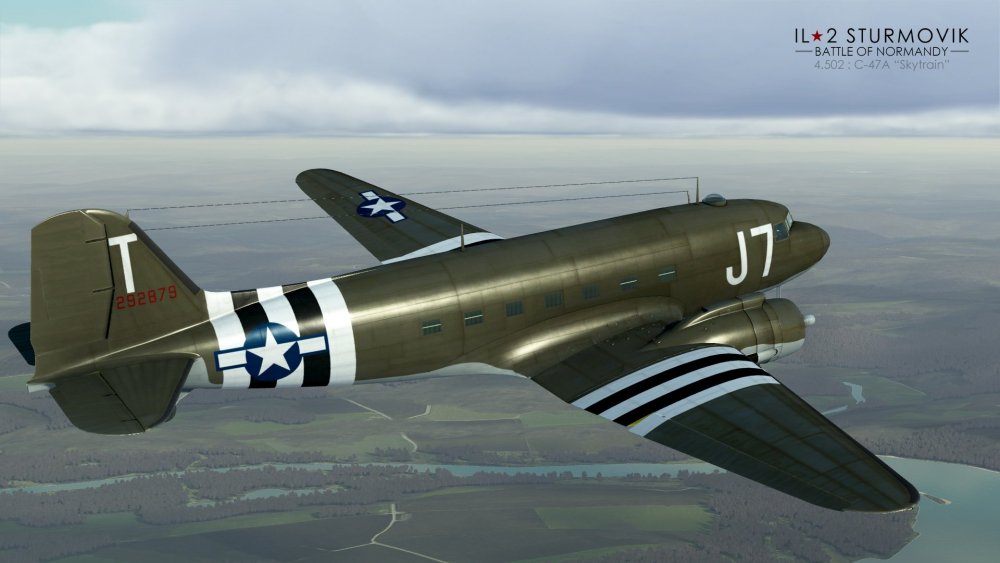 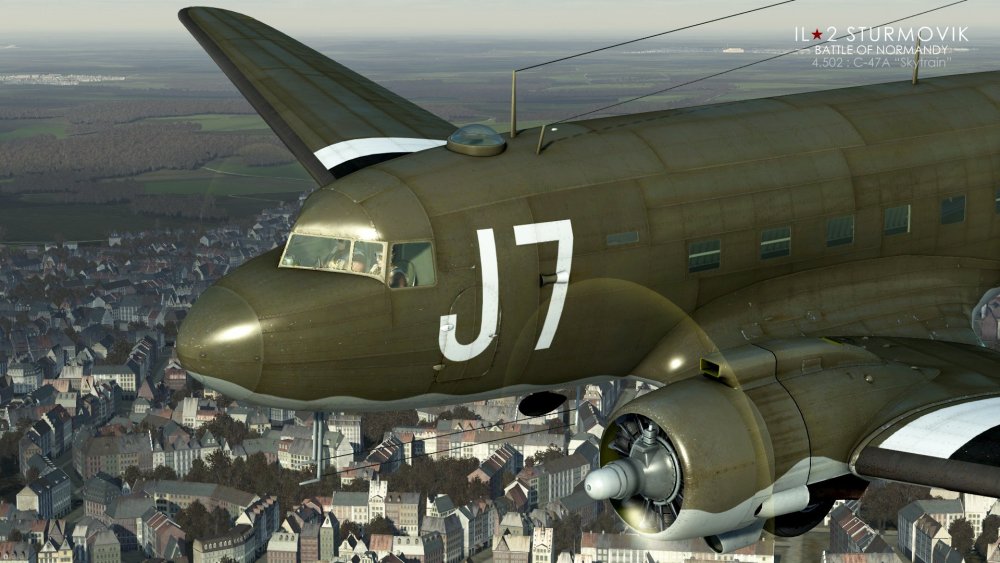 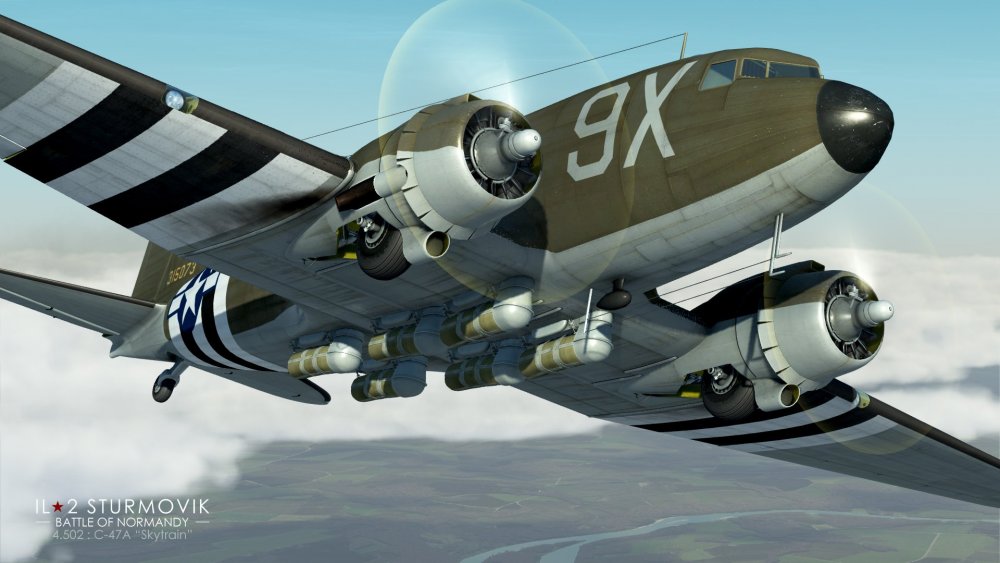 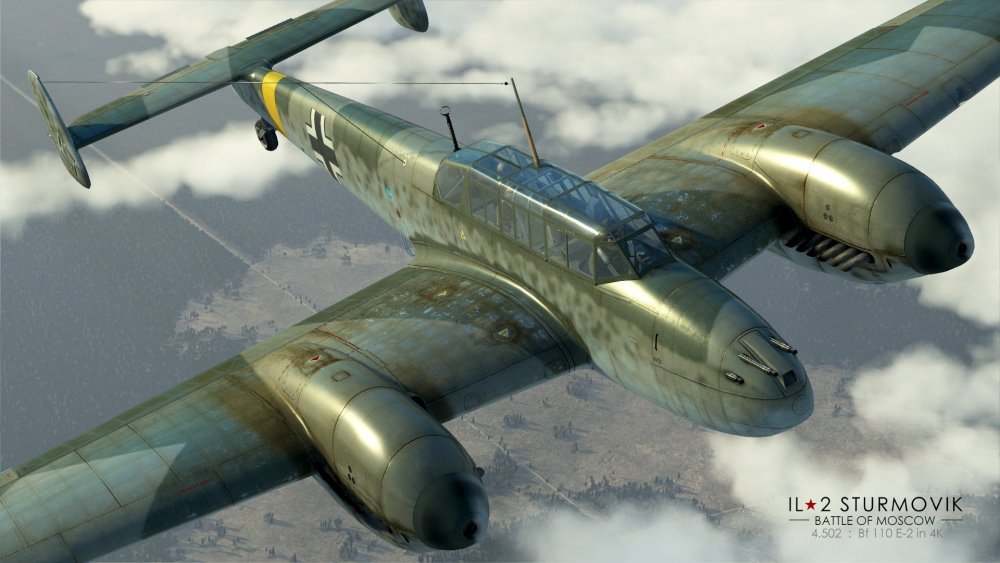 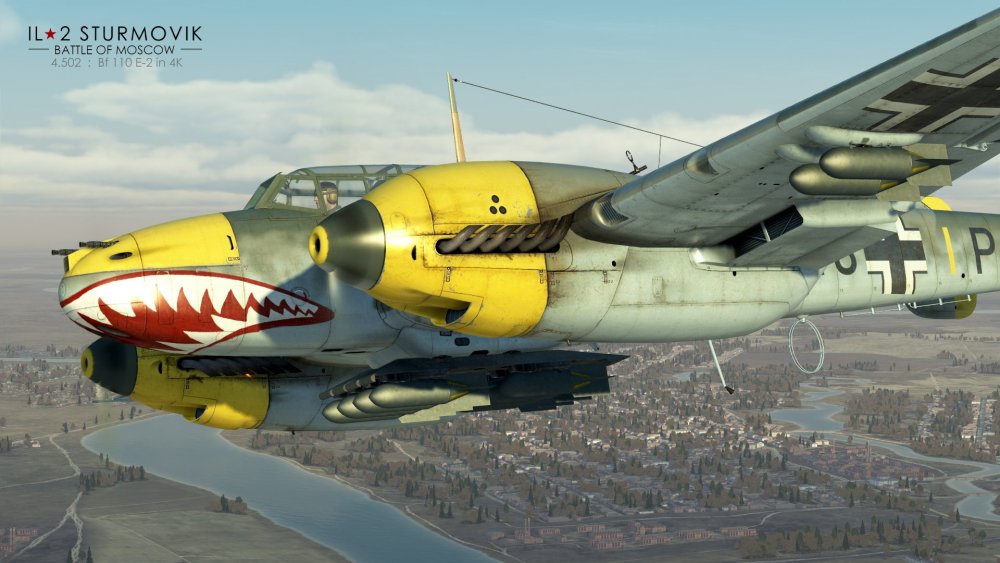 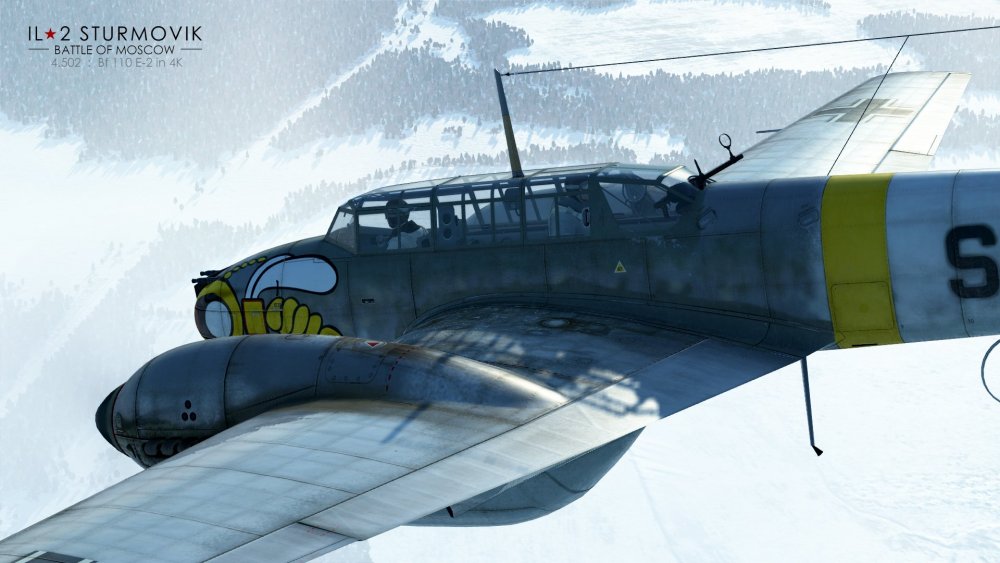 On the technical front, we have added a new and more realistic G-load physiology modeling system. This work was described in great detail in our Developer Diary #263. Additionally, a lot of work was done on all the aspects of the ground battles, significantly improving the quality and realism of Tank Crew engagements. There are many improvements to the pilot AI as well in this update. And finally, long-awaited Career mode improvements are finally starting to arrive. 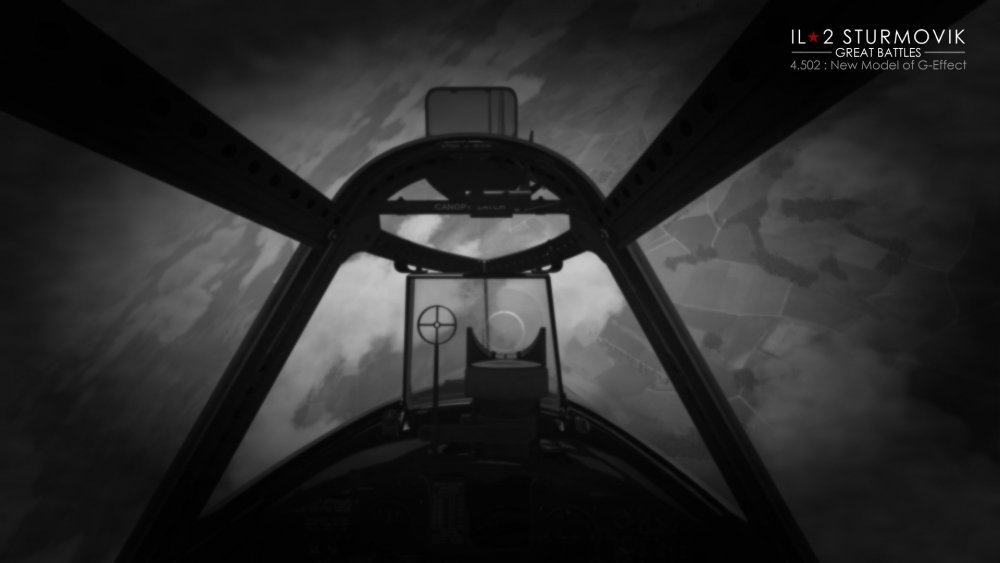 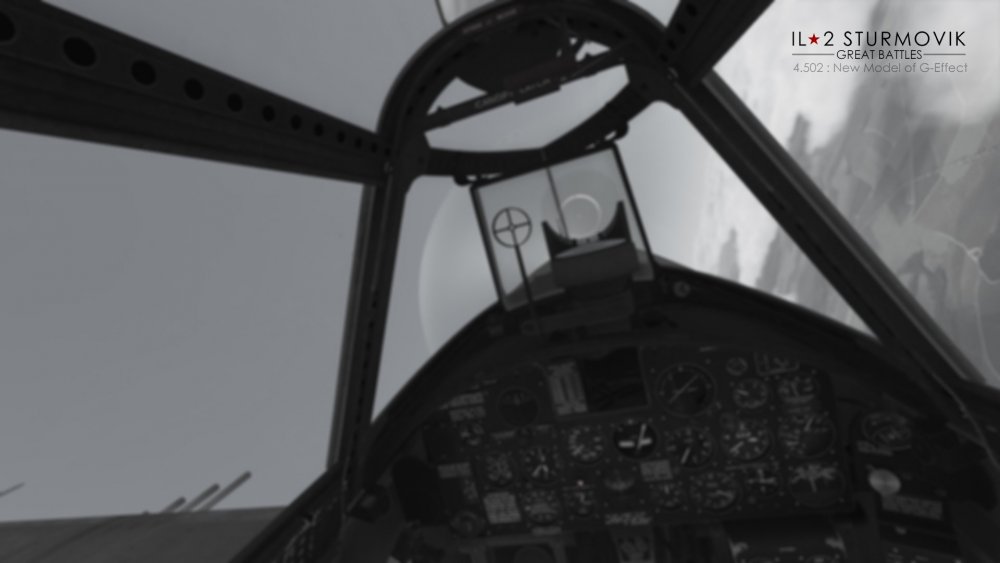 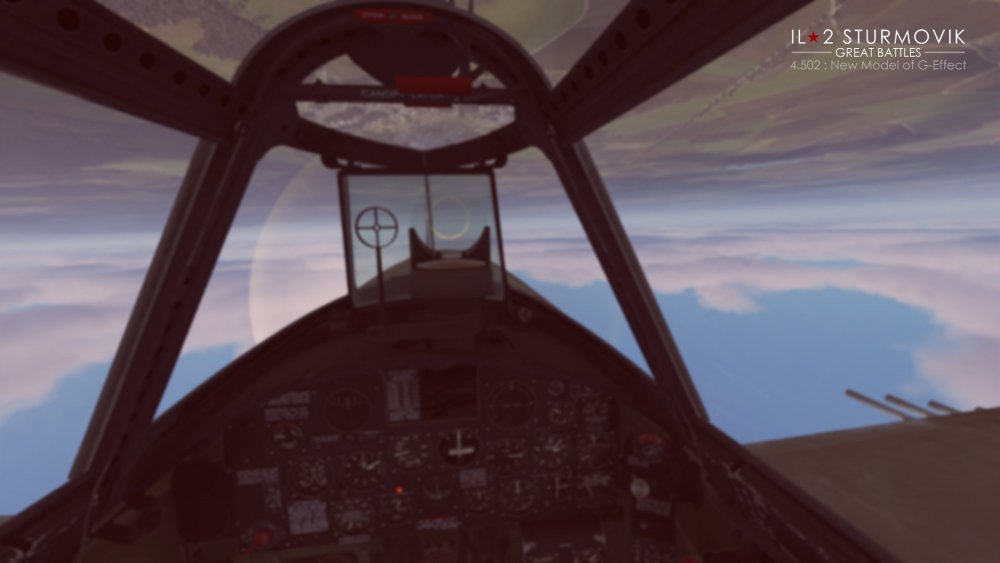 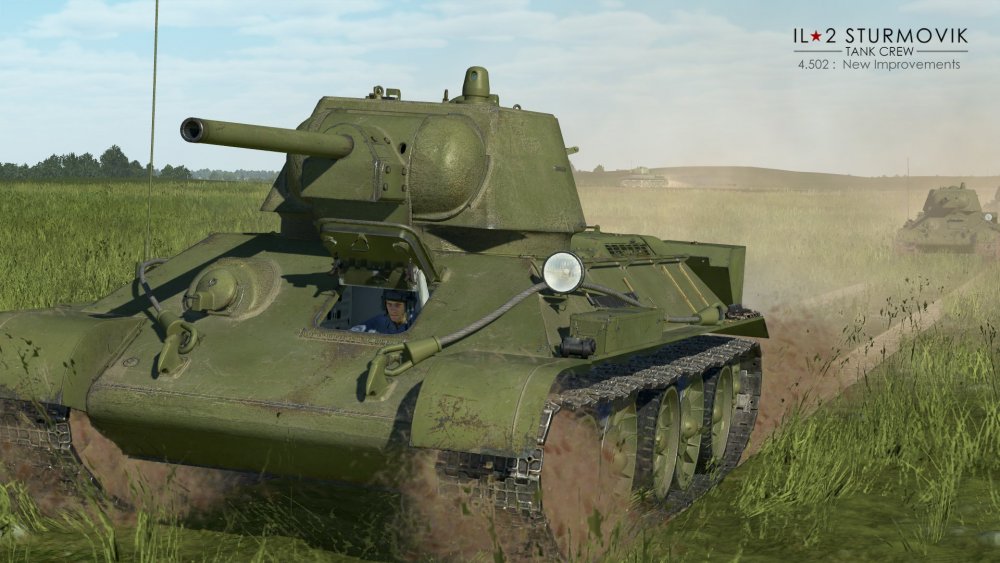 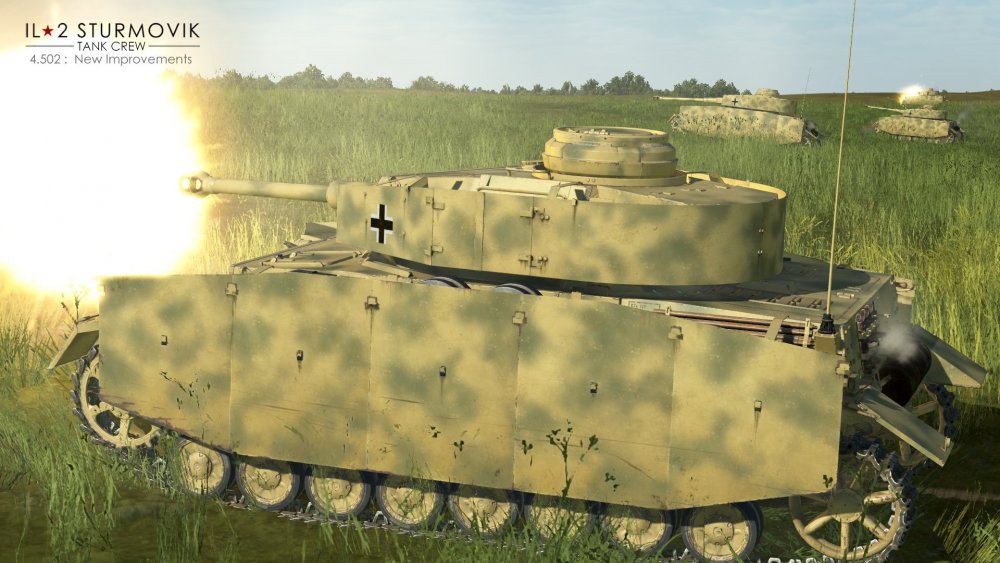 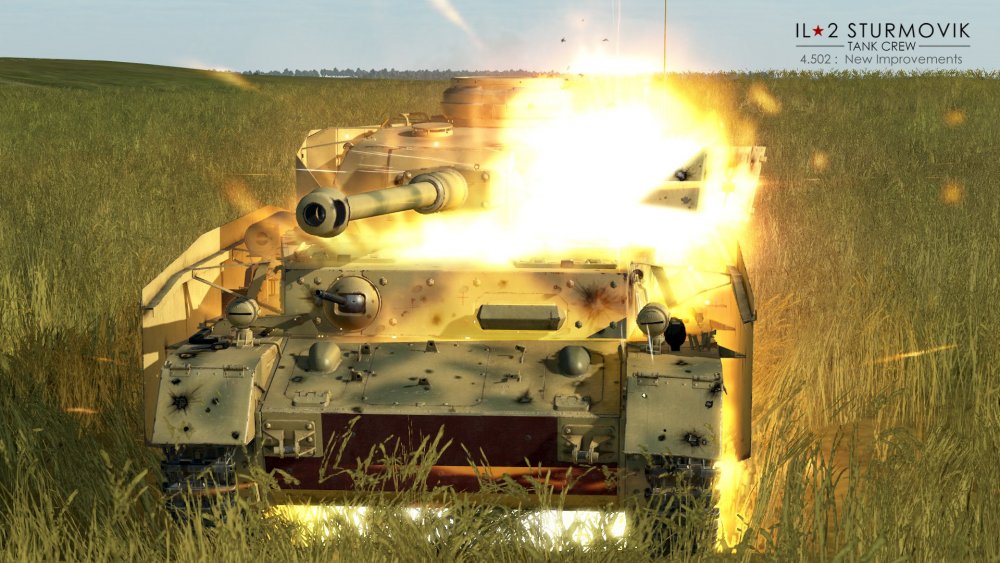 Main Features
1. The Hurricane Mk.II Collector Plane is now available to its owners;
2. The C-47A transport aircraft is now available in the sim as an AI enemy or ally in the Quick Mission mode. It can also be used in custom missions as an AI transport aircraft;
3. Female crews got female voices in the radio messages;
4. Pilot physiology modeling has been improved significantly. This is described in detail in the Developers Diary #263;
5. The zoom function now works correctly on VR devices with canted displays (Pimax) without using the performance-intensive Parallel Projection mode;
6. New multiplayer scenarios, including Cooperative ones, are added for Tank Crew (you can create a server directly from the game by selecting a scenario or scenarios from the Multiplayer\Cooperative\TankCrew or Multiplayer\Dogfight\TankCrew folders);
7. 4K external textures for Bf 110E heavy fighter (Battle of Moscow) are added thanks to Martin =ICDP= Catney;
8. A-20 and B-25 bombers got new paint schemes with invasion stripes for different timeframes;

Tank Crew Improvements
9. Several missions of the Soviet tank campaign "Breaking point" were improved;
10. Both tank campaigns are now available in Simplified Chinese, German and French;
11. KV-1s got an additional paint scheme;
12. It is now possible to use binoculars or personal weapons after pressing the "T" button (except for the M4A2 tank, where binoculars and personal weapons cannot be used simultaneously with a machine gun);
13. It is now possible to designate a waypoint on the ground in a command mode while using binoculars;
14. The enemy spawn point in Tank duel quick mission is correctly randomized after the destruction of a previous one if the player did not leave its spawn point;
15. It is now possible to designate a target in a command mode while using binoculars;
16. Fixed the issue that prevented the tank commander from using binoculars or personal weapons after pressing the "T" key if he does not have a machine gun to operate;
17. Trying to fire the M4A2 machine gun while using binoculars or personal weapons won’t work;
18. AI gunners use bracketing the target with fire when engaging the ground targets both for the range and (if the target is moving or there is wind) the azimuth error. The size of the initial aiming error depends on the AI level, distance, target speed and wind;
19. Ground AI gunners now have a certain delay in detecting and starting aiming at a new target depending on the AI level, distance and density of the group of enemy targets;
20. Ground AI vehicles return the turret and/or gun to the traveling position only after a considerable time after the destruction or disappearance of the last enemy target from the field of view;
21. Fixed an issue where detailed AI tanks (and especially self-propelled guns) could not hit the target at minimum distances (they were firing above the target);
22. SU-152 will correctly stop for a shot and won’t drive towards the target without firing;
23. The extra (maximum) AI level parameter has been removed from the Quick Mission, it caused errors in the AI functioning;
24. Fixed a bug due to which the AI-controlled tanks did not attack obviously visible targets in some rare circumstances;
25. A bug has been fixed due to which there was no difference between aircraft or ground vehicle gunners with different AI levels;
26. The enemies and allies have correct marker colors in tank Coop missions;
27. Detailed damage buildings on the Prokhorovka map are correctly displayed at far distances (the inner side of the walls was invisible far away);

Airplanes physics, systems and damage model improvements
28. 13mm German and 12.7mm Italian machine guns are no longer loaded with HE ammo only due to a bug;
29. USAAF pilots wear G-suits only when piloting P-47D-22, P-51D-15 and P-38J-25 in September 1944 or later;
30. A circular limit of the movable aiming mark of the Mk IID and K-14A gyro reticles has been implemented. The mark also bounces and stops at the working range boundary when the gyro mirror reaches its stop;
31. The characteristic whistle of P-51 machine guns ports during active maneuvering that disappeared before due to an error is back now;
32. P-51 and P-38 fighters won’t be pulled into a dive when their tail section is damaged;
33. Ju-52 / 3m g4e cargo containers drop animation has been corrected;
34. The mixture control of al aircraft with M-105 PF engine became standard (similar to Yak-7/9);
35. According to the historical data found Ju-87D ammo counters are disabled when the BK 37 outboard guns are fitted;
36. Fixed an issue due to which hit effects weren’t visible on certain parts of the P-51 fuselage;
37. Bf 109F-2 cockpit canopy correctly jettisons;
38. All Fw 190 aircraft are less stable after rudder loss;
39. Tail combat damage causes less shaking;
40. Closed landing gear doors on P-51D-15 won’t be torn off at high speeds;
41. The top gunner of the He-111H-6 and the bottom gunner of the A-20B won’t always hold their machine guns and its hatches won’t be always open;
42. The turret hatch on certain aircraft turrets won’t start to close before the machine gun is returned to the stowed position;
43. U-2VS shooter's leg won’t clip through the fuselage;
44. Incorrect (missing) armor value of the armored glass visor and headrest has been fixed for La-5FN;
45. incorrect (missing) armor value of the armored headrest has been fixed for P-38J;

Visual aircraft improvements
46. Yak-9 s. 2, Yak-9T s.2, Fw 190 D-9, P-47D-22, P-38J-25, P-51D-15: jettisoned cockpit canopy has all the details;
47. Fixes for Bf 109 G-6 4K textures from Martin = ICDP = Catney (Barkhorn and Hartman planes);
48. The A-20B tail lamp no longer visibly detaches from the aircraft at a significant distance from the observer;
49. Fixed an issue where some of the glass fragments could be visible next to torn P-51D elements;
50. When moving the camera away from Yak-9 aircraft its effects won’t disappear;
51. In the upper MG turret of He 111 H-6 bomber some elements won’t visually jitter;
52. Damaged Pe-2 series 35 cockpit windows have a correct color;
53. Some of the Fokker D.VII airplane debris pieces won’t have extra engines visually attached to them;

Aircraft AI corrections
54. An AI issue that could cause a fighter AI to be unable to engage a slowly moving target flying in a circle has been fixed;
55. An AI issue that could cause an excessive error in aiming the forward-firing armament at the ground and air targets (especially in a frontal aerial attack) has been eliminated;
56. Heavy aircraft will use the differential brakes after landing correctly to turn to a taxiway, preventing unintentional turns;
57. An AI issue that could make the bombers unable to start a bombing run after a failed first bombing run has been fixed;
58. U-2VS AI pilot can fire unguided rockets at the ground targets;
59. AI pilots attacking a ground target from a high altitude will reduce the altitude in a downward spiral first;
60. AI pilots now try to reduce the G-load they experience in order to prevent loss of consciousness if their condition is deteriorated due to fatigue or other factors;