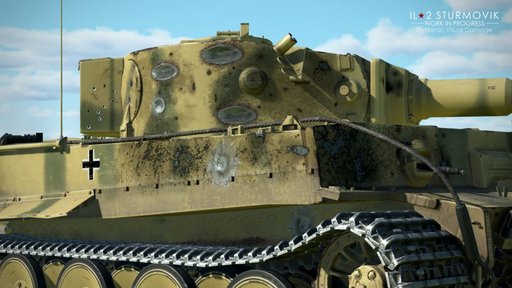 As some of you who frequent our forums already know, Jason has recently announced that we're developing a new tech called DVD and invited you to guess what that actually means. There were different guesses and some of them were near misses. The answer is, DVD means Dynamic Visual Damage. In a nutshell, it places an impact mark where a projectile hit.

Among the many neat possibilities this tech brings, the size of the mark corresponds to the caliber of the projectile and/or explosive power of the shell if it was of the HE variety. They also look different depending on the material the projectile hit - whether it was armor, thin metal, or not a metal at all. There are also separate marks for ricochets of high caliber armor-piercing rounds. The look of these marks is thoroughly prepared by our partners at Digital Forms and is based on real-world photos of combat damage on different objects. The marks placed by this tech are not simple 2D textures - thanks to modern graphical techniques they have visual depth. Even the penetrations can look different such as near penetrations when the armor (barely) stopped a projectile. We concentrated on making these marks as realistic looking as possible.

All in all, we think this new tech would make the visual part of the damage system much more interesting and appealing both for aircraft and tanks. Tanks will be adapted first and then aircraft. It is a long-term project that will take several months.

Please be aware though that this tech is visual, it doesn't affect the physical interaction between the projectiles and aircraft and tank parts or systems. We're working on the improvements in the physical damage system as well, but we'll tell you more about that later.

Speaking of this new DVD tech, we must note that due to ever complex issues of graphics performance and network traffic and stability, there are some limitations to what can be done. This may be apparent in some rare cases, but we have to mention them. In certain 'critical' cases the mark may not appear or a wrong mark type may appear (like a visual penetration when there was a near penetration in fact). There is also a limit to the total amount of marks that can be placed on the object. In multiplayer, you'll see the marks on your aircraft or tank, but you'll only see the marks on other player aircraft or tanks that appeared when they were in your view. To alleviate this limitation, we added a special transmission of the most recent marks to other players even if they were looking the other way.

Because of these compromises, the DVD tech doesn't replace the current visual damage system completely. The current system of visual 'damage levels' guarantees that every player in a multiplayer environment will get the visual cues on how badly a certain object is damaged. DVD is designed to enhance the existing visual damage system and we made every effort to make them work harmoniously during its development. Nevertheless, in multiplayer you'll see the marks on your aircraft and the marks on your opponents’ aircraft - which is the most important and critical application of this tech. If you saw the hits of someone else projectiles on another player, you'll also see these marks.

The limitations listed above, however, won't undermine the improved visual look of the damage system the new DVD tech will bring. We hope we have found the sweet spot between visual quality with the least impact on graphics performance and multiplayer. To illustrate the new system, we would like to show you these WIP in-game screenshots. 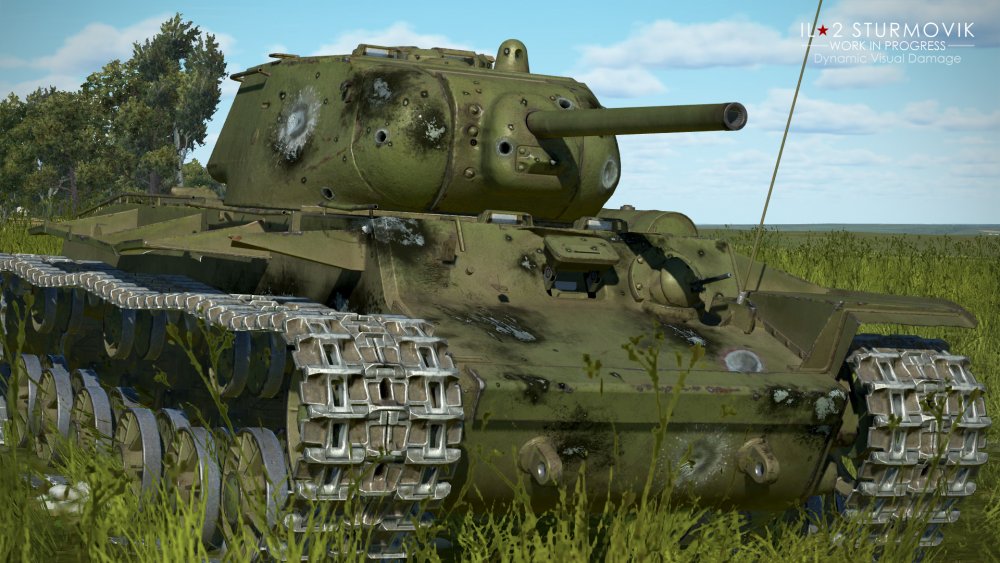 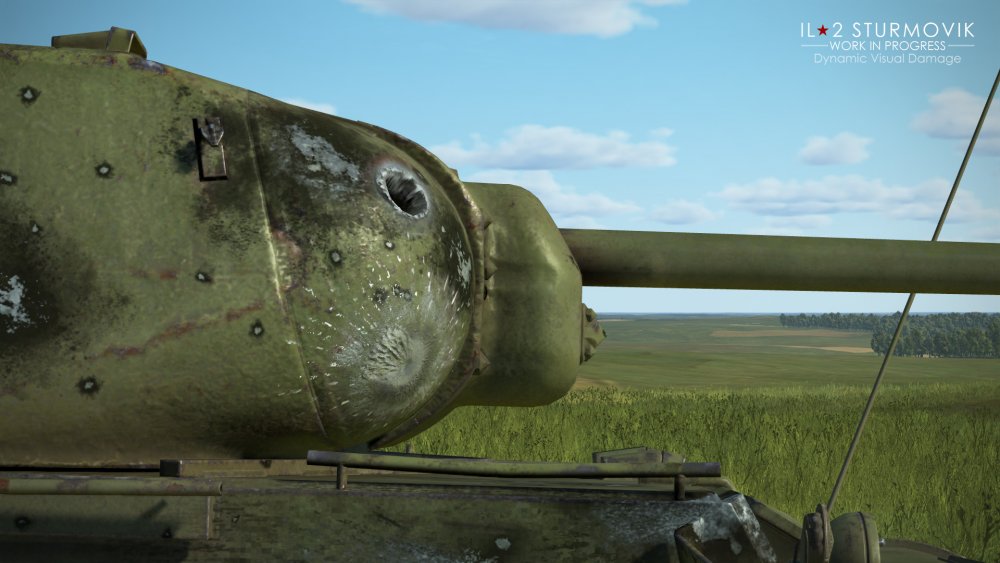 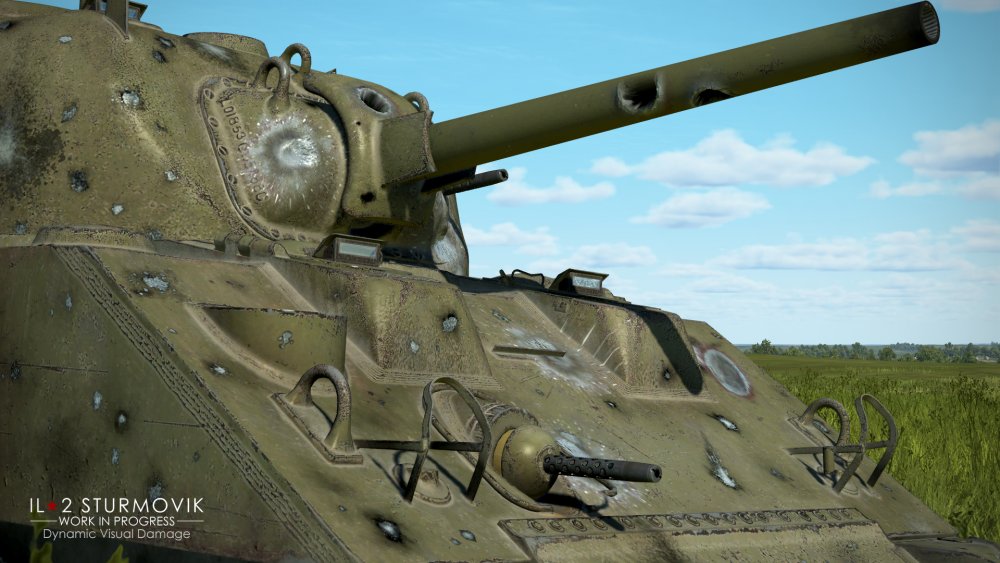 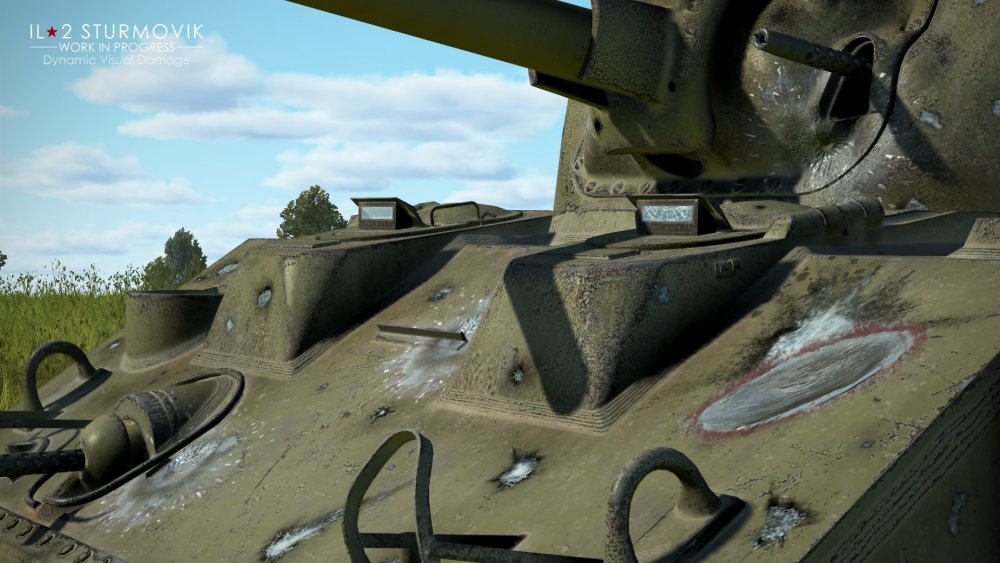 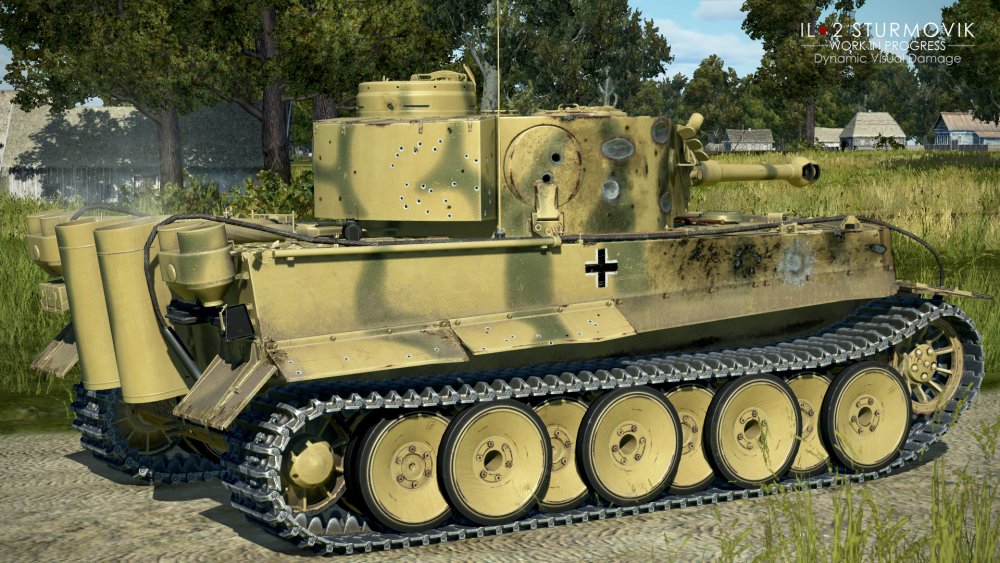 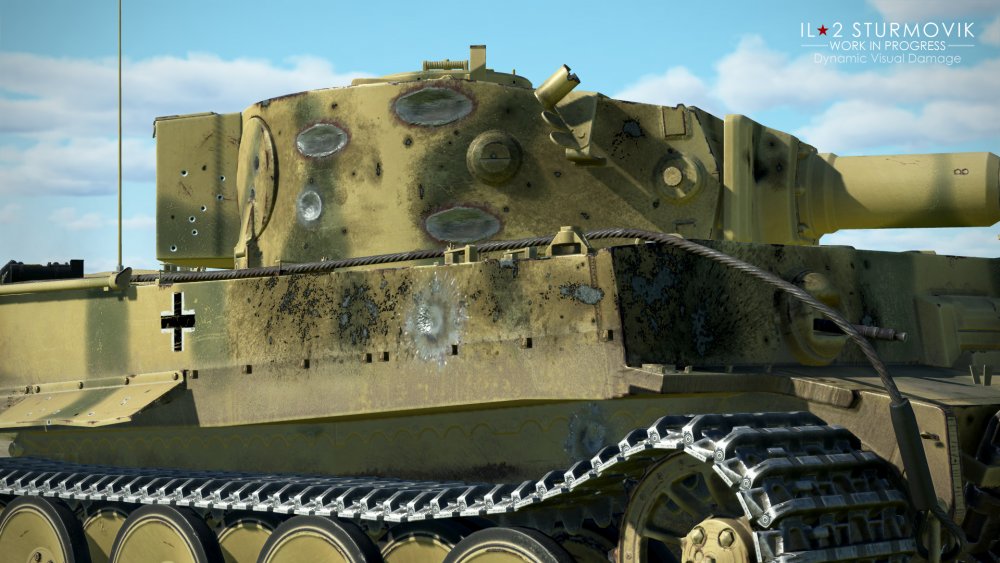 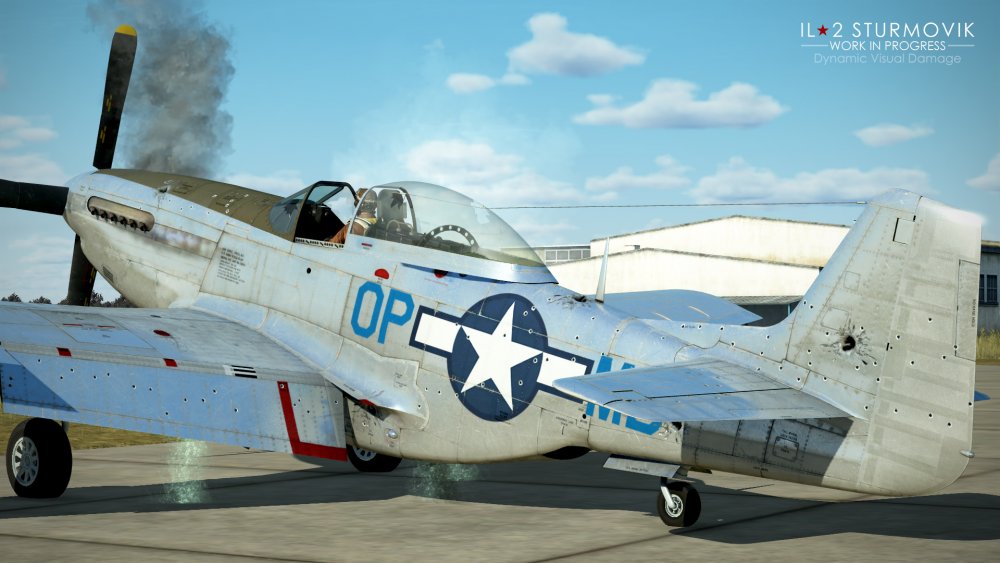 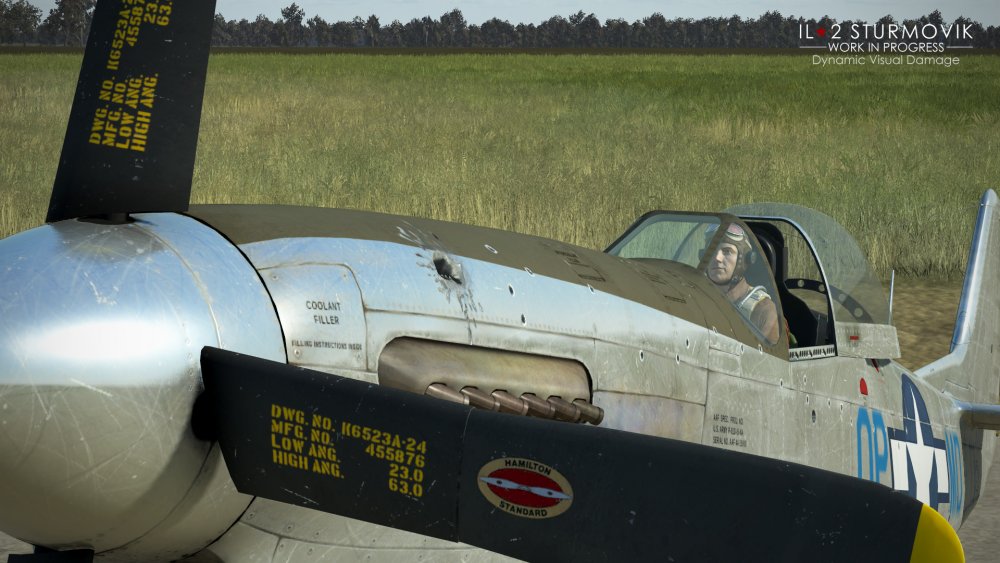