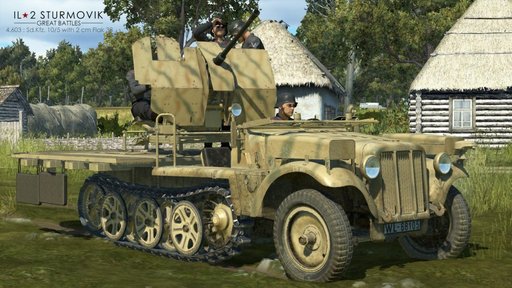 It's a significant one for Flying Circus Vol.II - three airplanes are added to the Early Access program of this project at once. 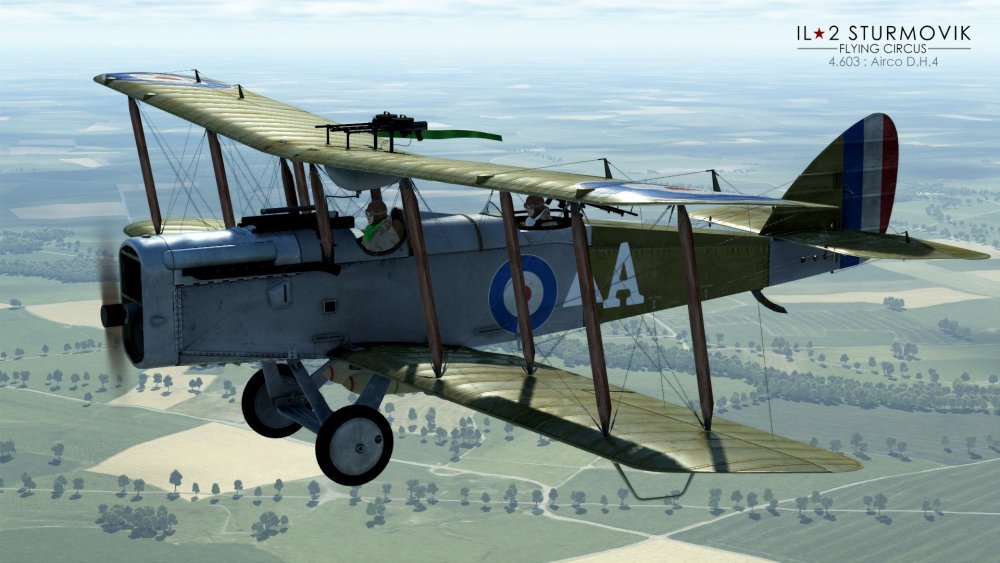 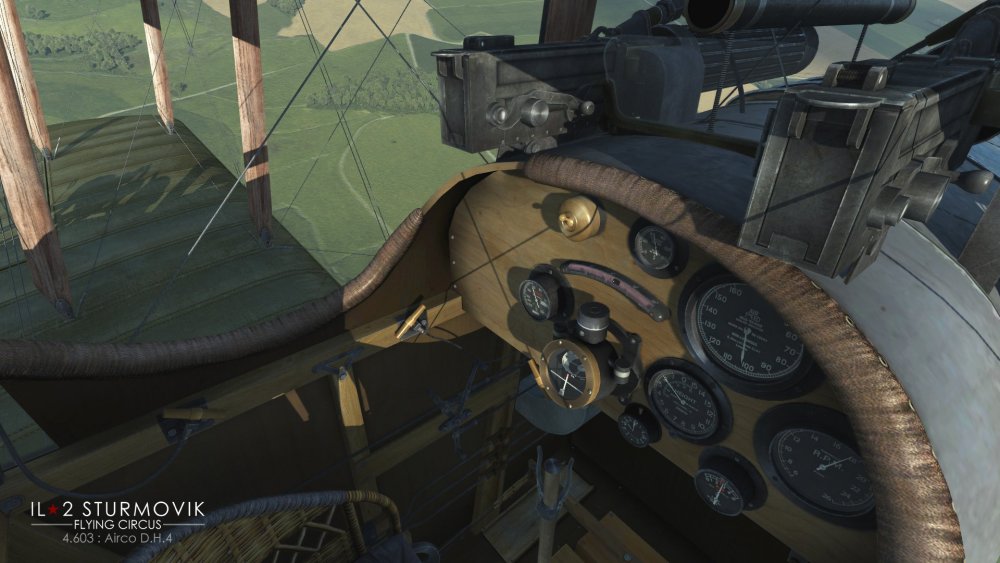 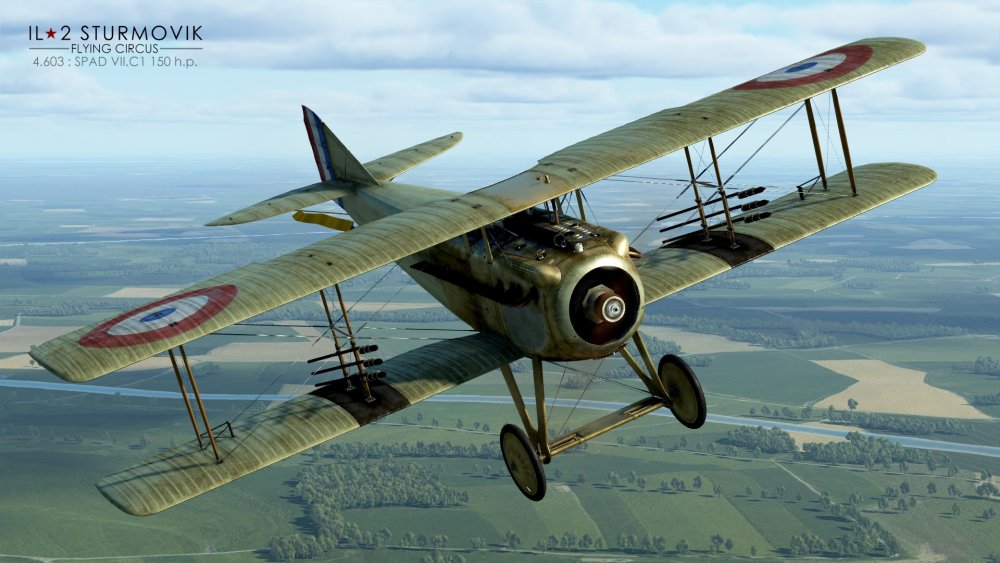 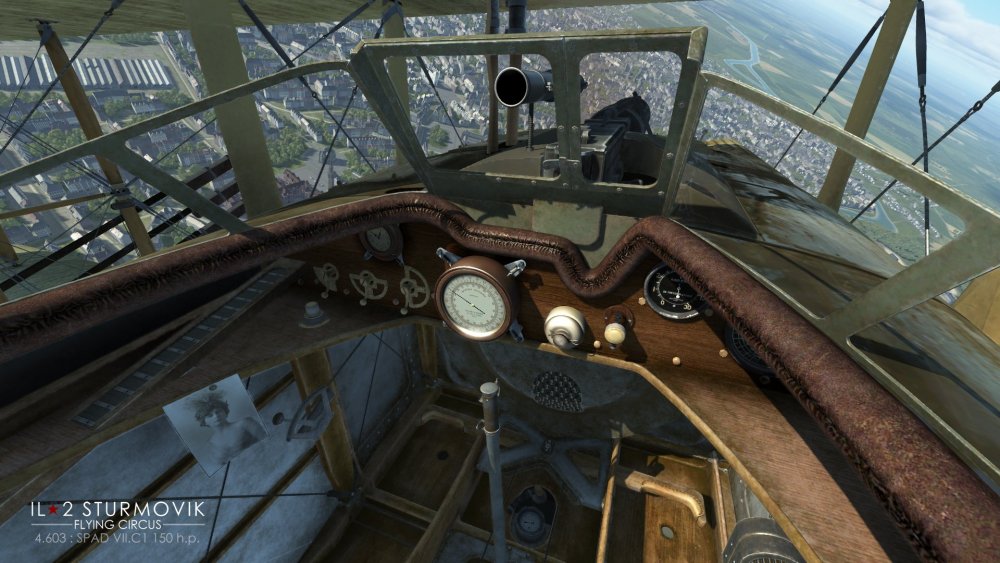 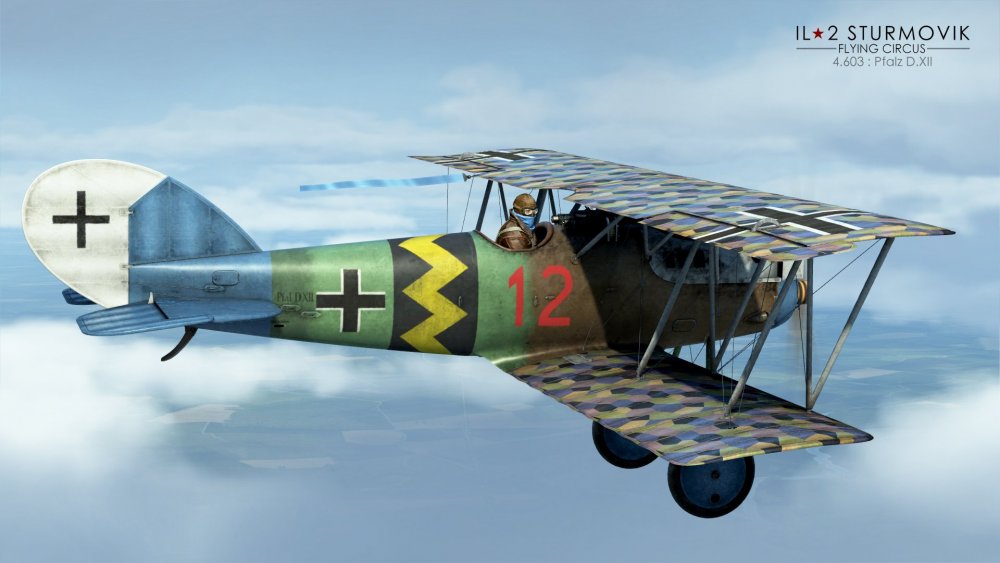 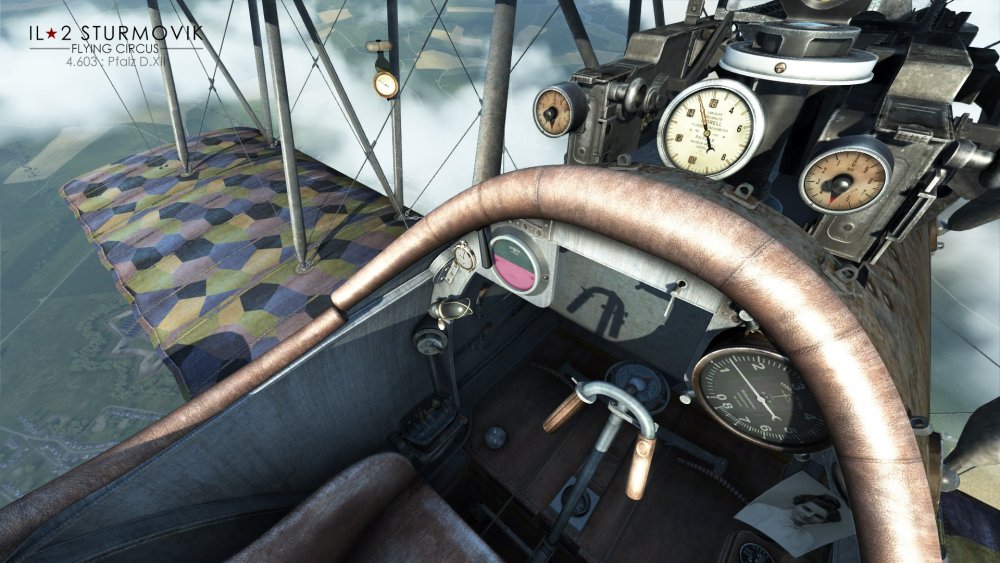 Also in this update is the long-awaited Collector Vehicle - German AA half-track Sd.Kfz.10/5. It was an interesting experience to develop: this is the first player controllable half-truck chassis in our sim. A lot of work went into ballistics data and other ammo parameters research. Our partners at Digital Forms did a stellar job at references research and creation of the 3D model and myriad of its parts based on them. 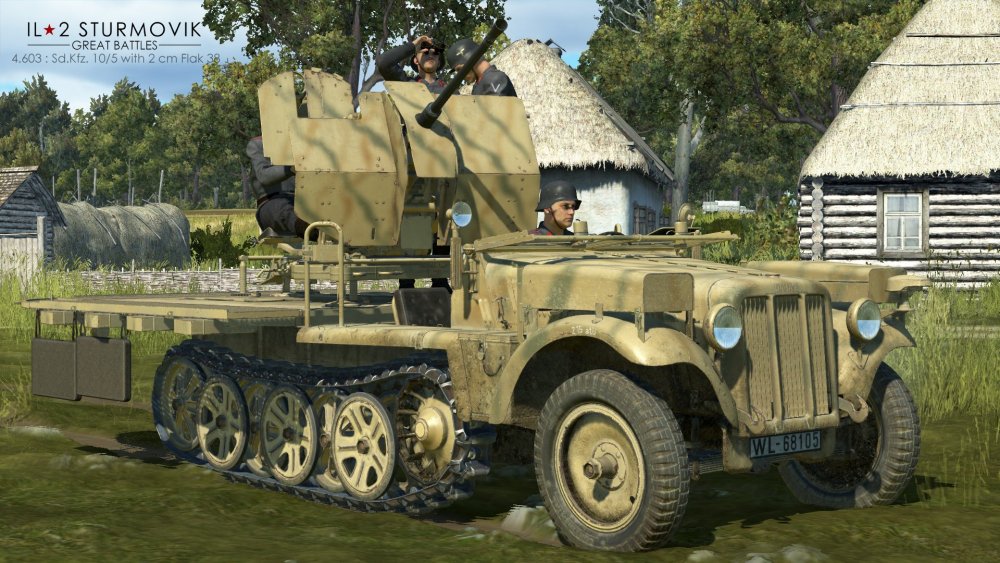 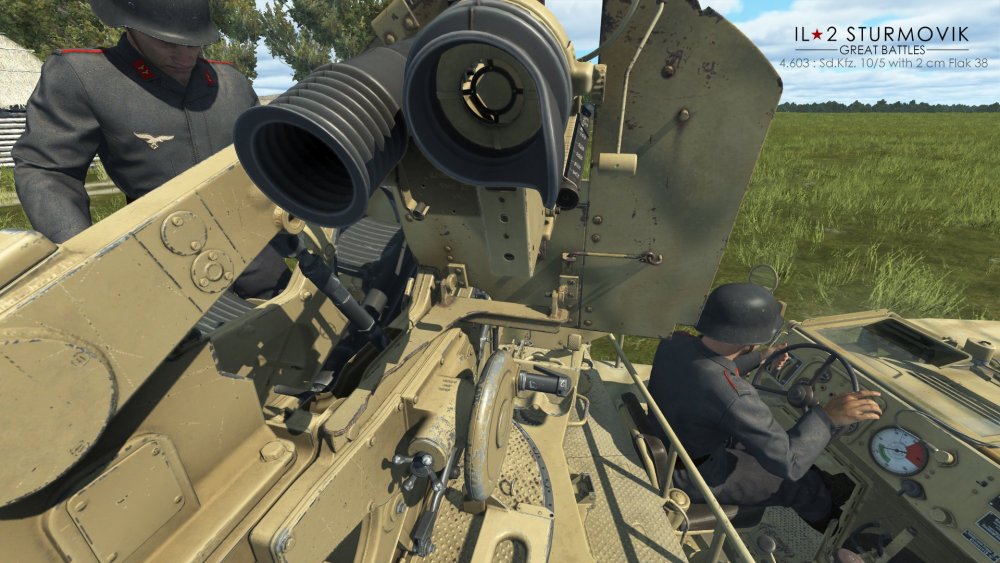 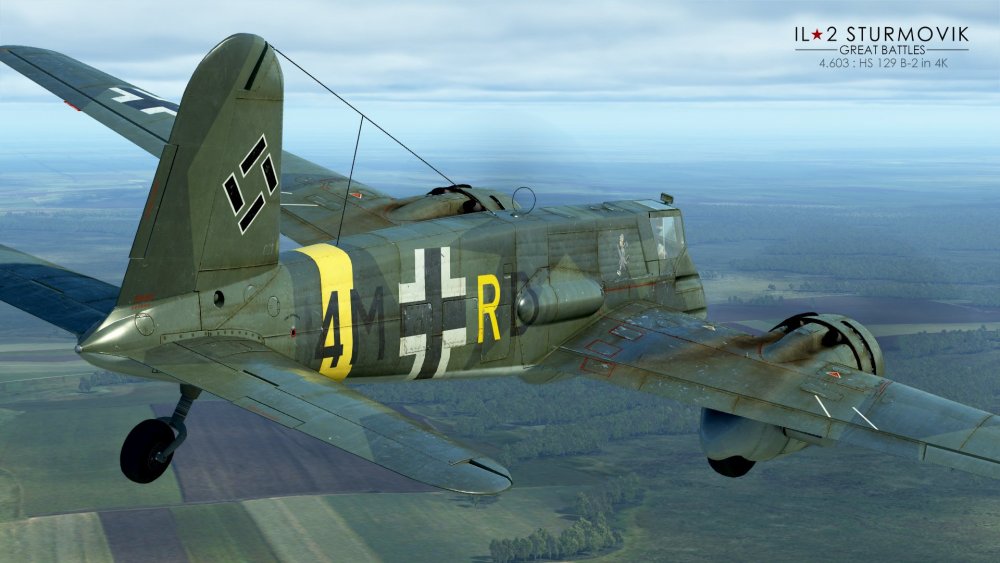 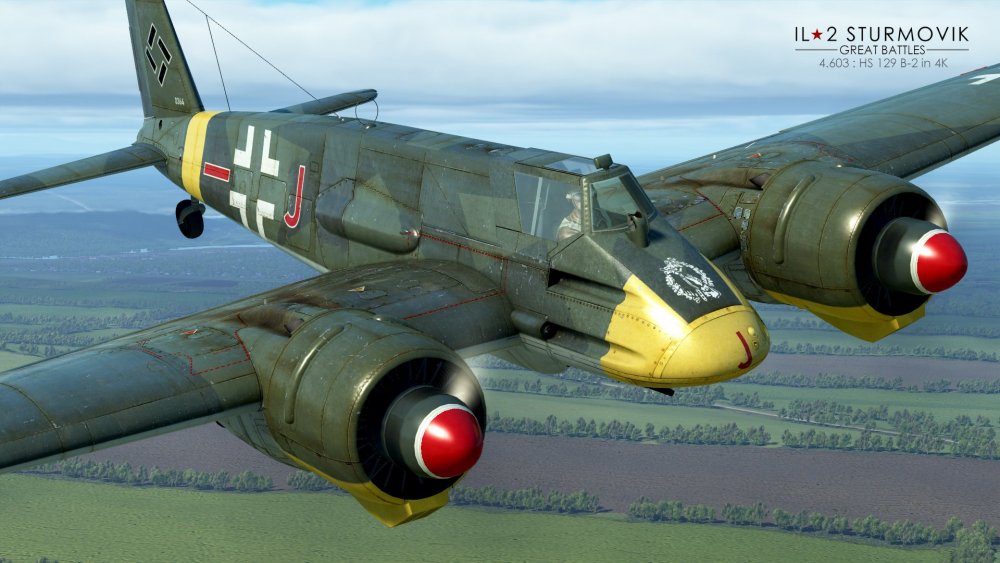 And finally, Alexander =BlackSix= Timoshkov finished his new campaign "Steel Birds" about Fw 190 A-5 missions over the Kuban and it is available in the game now (you can get it on our website if you haven't done so already). 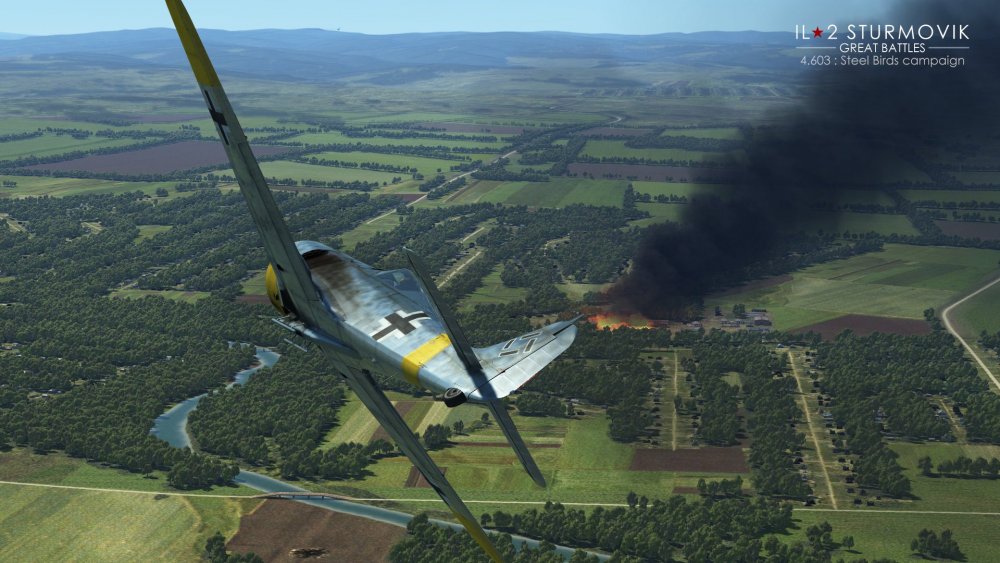 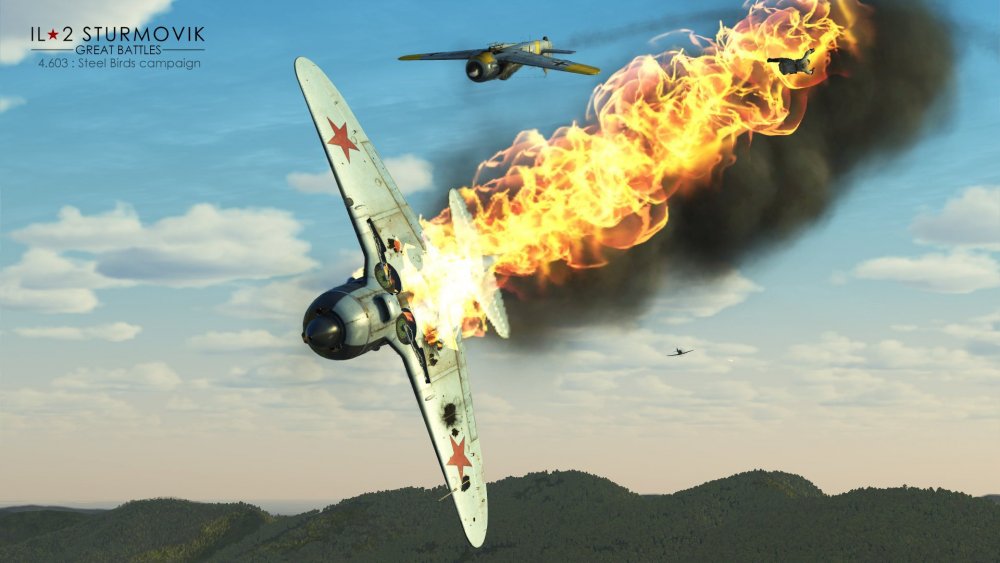 Meanwhile, the work on Marshal multiplayer mode, fuel systems and drop tanks, environment graphics, Normandy and Western Front WW1 maps continues and we hope to show you the results sooner than later. This update contains many changes in addition to mentioned above:

8. Fixed invisibility of paratroopers on Ju-52 and C-47 in a multiplayer game;
9. Removed the ability to select a pistol and fire it when the cockpit is closed (it is automatically holstered);
10. Fixed overload indicator for ‘guest’ gunners (other players) in multi-crew airplanes in multiplayer;
11. Adjusted the maximum wing lift of the Hawker Typhoon Mk.Ib. The flight model of the aircraft was reconfigured in such a way that most of the flight characteristics of the aircraft (speed, rate of climb, control stick balancing positions, roll angular velocities) practically did not change;
12. The indicator in the bombsight showing the impossibility of dropping bombs from the current position has been fixed;
13. AI pilots won’t shake their aircraft along the pitch axis when attacking a ground target with cannons that have a mix of different types of ammo;
14. AI pilots won’t ignore a heavily damaged but not destroyed ground target;
15. The angle of a shallow bombing dive for Pe-2, Il-2, Fw-190, Ju-87, Ju-88, Bf-110, Hs-129 aircraft has been increased to 30°;
16. Bomb release sound has been added to all Flying Circus aircraft;

17. "Turn off the engine" command works as it should and has voiceover;
18. Fixed an infinite rotation of AI-controlled detailed tanks after giving them a turn and stop order;
19. Fixed "turn shaking" of AI-controlled detailed tanks that sometimes happened after stopping;
20. Fixed "looping" of AI-controlled detailed tanks that sometimes happened after "Turn by 180°" order;
21. Movement to a point and movement according to the mission scenario commands correctly function after issuing commands "Stop and hold position" and "Turn and stop";
22. The camera won’t be randomly stuck in external view after the death of one of the crew members and it won’t be possible to switch to a killed crew member;
23. The gunner now uses a manual turret traverse drive and its different gears if available depending on the aiming correction required (small adjustments are made using the manual drive);
24. Killed gunners won’t visibly "turn" after death;
25. Detailed tanks won’t "bounce" when collided with static versions of vehicles (static_ ...);

31. New bombing mission types added for all fighter/bombers in all careers (8 types in total): artillery position, fortified area, troop concentration, airfield, river crossing, railway junction, warehouse, bridge;
32. The mission logic in all ground attack and bomber missions has been improved: the player's flight planes returning home with unused bombs and missiles should happen much less often;
33. The player’s fighter/bomber flight in all ground attack and bomber missions should have an escort depending on the type of the player's aircraft and the time period;

34. The deletion of train cars by the MCU: Delete mission command fixed (previously it only deleted the locomotive, leaving the cars);
35. Fixed a problem with the part of the game interface missing in the screenshots;
36. A default tactical code can be set in the spawn point settings in the mission editor;
37. The discrepancy between the ship movement effects for different players in multiplayer has been fixed;
38. Corrected ballistics and penetration ability of German 20mm rounds used in anti-aircraft guns;
39. Thorny 13 pdr AA anti-aircraft gun firing sound restored;
40. Fixed the “Engageable” flag for GAZ-MM 72K anti-aircraft gun in mission editor (previously AI pilots attacked the vehicle even with it set to 0).