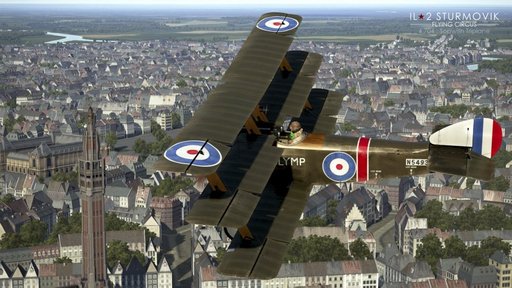 The Sturmovik Team and Ugra-Media have completed the Sopwith Triplane which is the final aircraft planned for Flying Circus Vol.II. The new Western Front map is still in development.

The "Tripe" as it was famously called, has three beautiful wings! Each wing has its own ailerons making it quite maneuverable in battle with enough armament to allow its pilots to be confident in a dogfight with any adversary of the era. We think you will enjoy her! 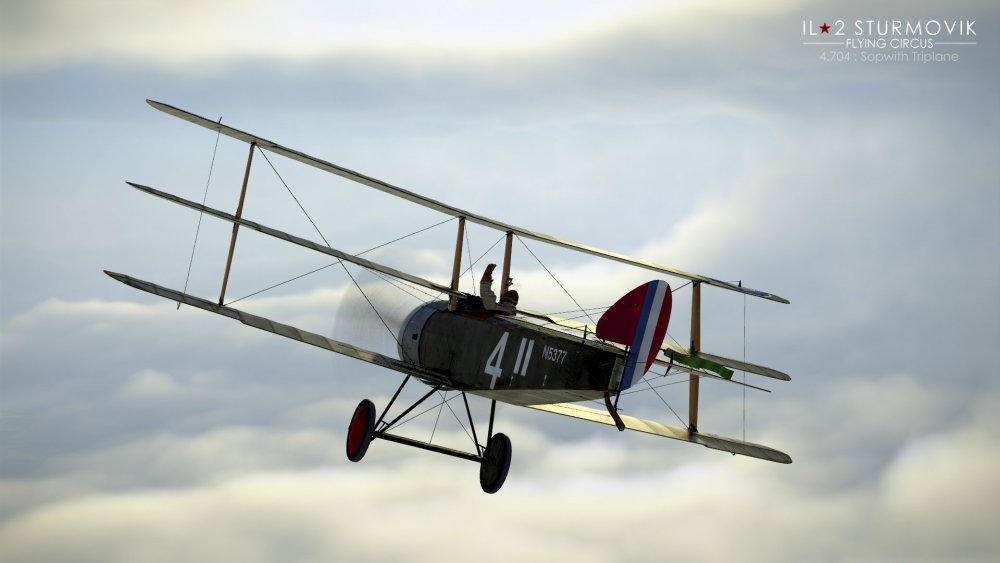 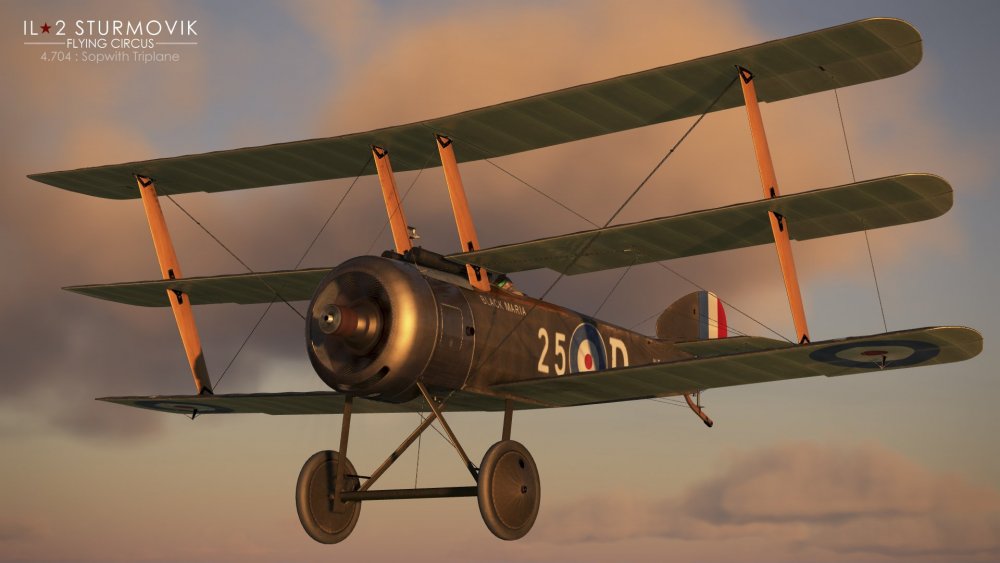 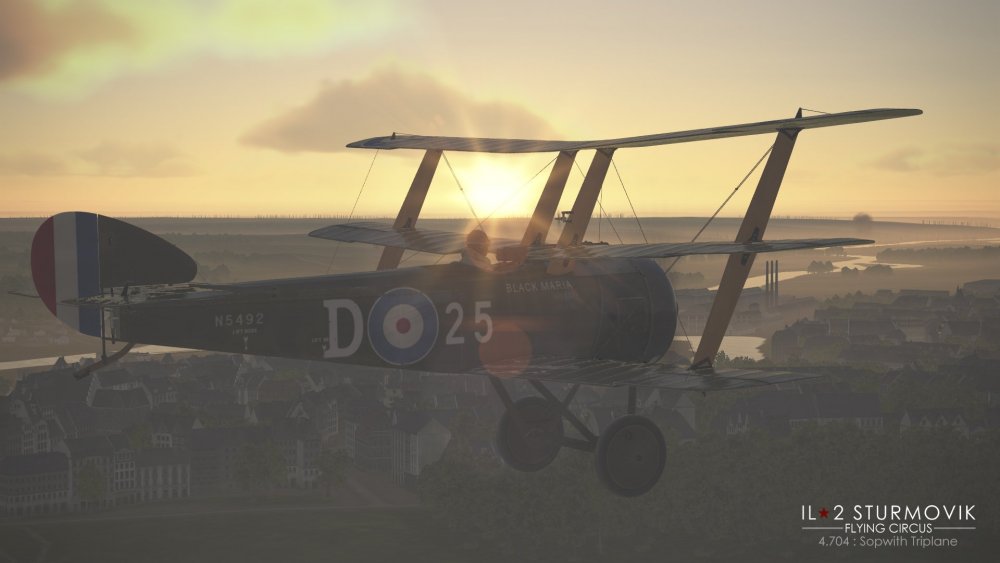 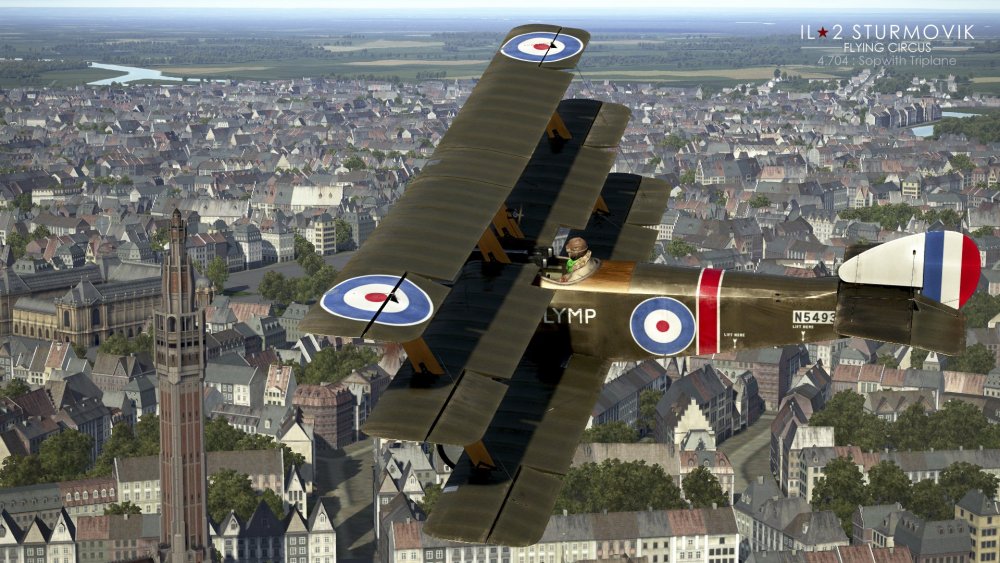 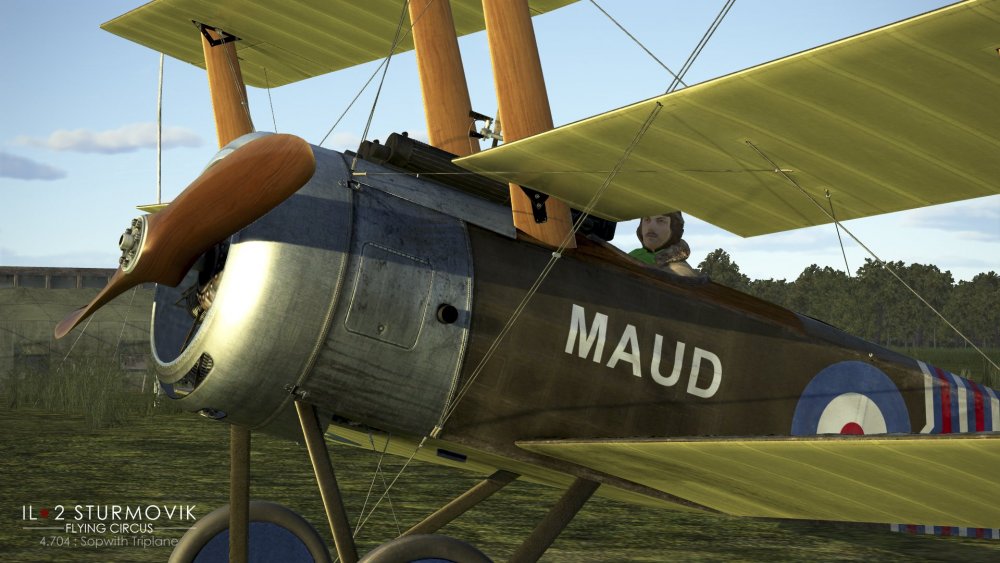 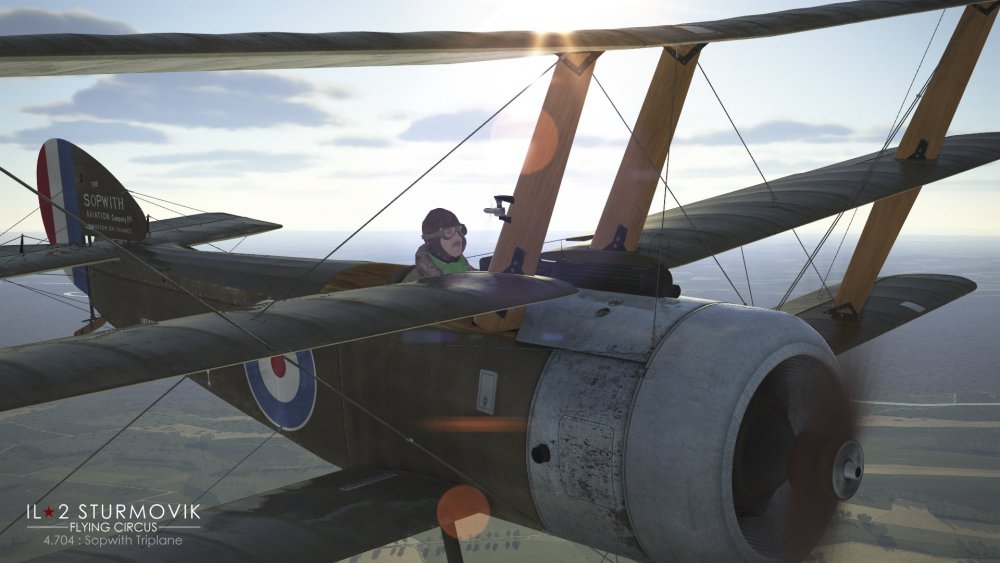 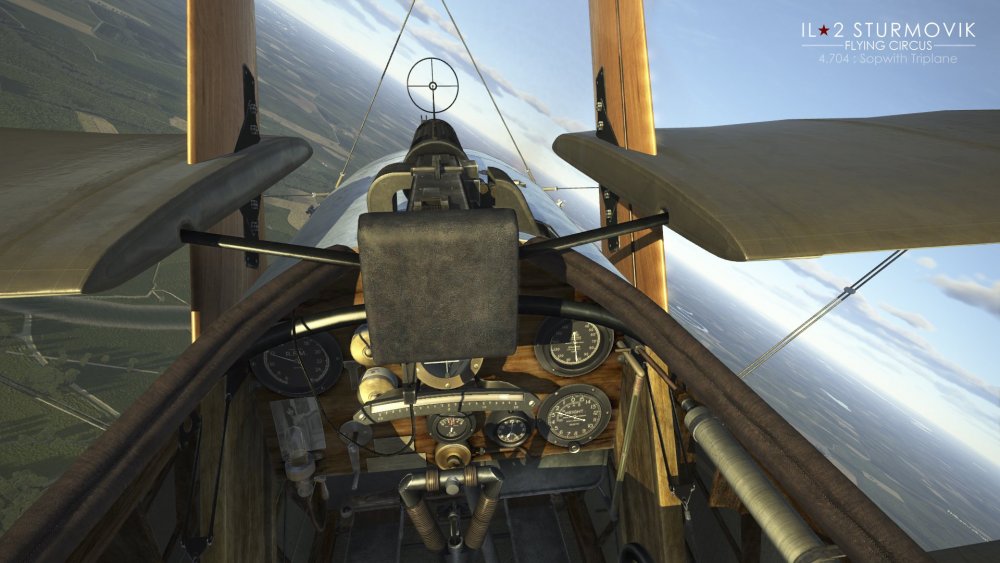 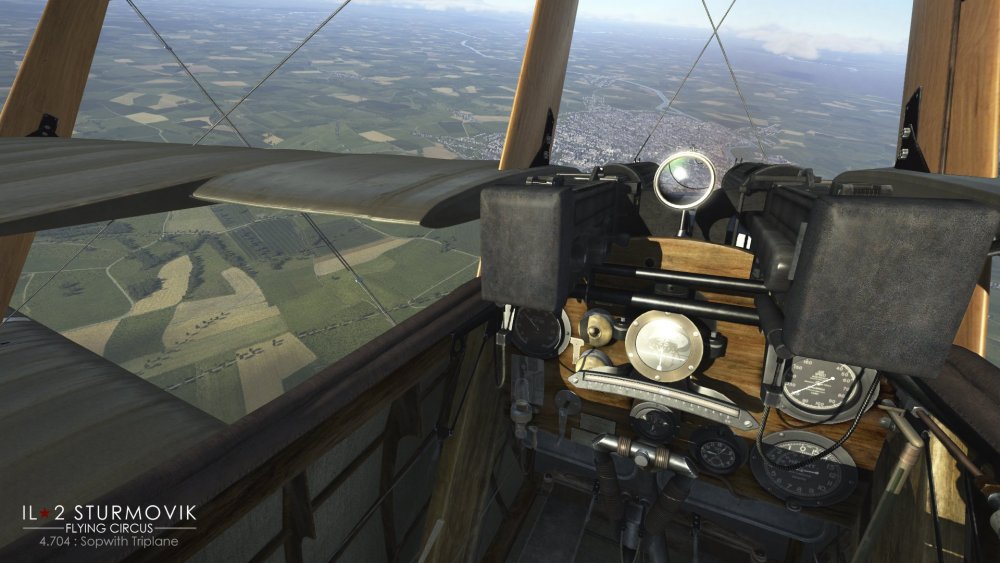 In addition to the new aircraft there are many changes and additions in this update that will improve your gameplay experience:

1. Sopwith Triplane is available to all owners of Flying Circus Vol.II;
2. Distant buildings visualization system has been improved, single medium sized buildings that are viable targets are displayed from farther away;
3. Shadows rendering in the hangar is more detailed;
4. Tank gun firing visual effects are further improved;
5. Fire effects are improved for various vehicle types;
6. Additional optimization of the landscape rendering system reduced the potential stutters while moving on the map;
7. Loading times of larger maps were improved a bit;
8. Sensitivity settings for the pitch axis, the vertical guidance axis of the tank turret and other similar axes, now have correct namings for hte axis limits;
9. Adjusting the axes control settings was made clearer thanks to better dead zone visualization;
10. Second and third engine axes response settings have correct labels;
11. GUI instrument panel turns off after bailing out;
12. A rare GUI issue that sometimes could lead to generating a Quick Mission Builder scenario without a player flight if the player flight count has been set to random has been fixed;
13. Balloons now have markers like aircraft do;
14. Bombs dropped from a bomb bay backwards (tails first) won't visibly jerk along their axis;
15. Simple ground vehicles and ships will correctly engage the targets assigned by MCU_CMD_AttackTarget command with High priority;
16. Square visual artifacts on the water surface that were visible from high altitude at certain sun position won't appear on Rheinland map anymore;
17. AI pilots will switch off their navigation lights when engaged by the enemy during the landing;
18. All German gauges have been redrawn to be as historically accurate as possible. Different gauges are assigned to each model variant (Oyster_KAI);
19. Colors of all German interior equipment/placard have been checked and repainted to their correct color or design (Oyster_KAI);
20. New different throttle quadrant markings & pitch control switch for Bf-109 F/G/K.
21. New drop tank placard & oil cooler placard for Bf-109 E-7 (Oyster_KAI);
22. New headrest for Bf-109G6 (Oyster_KAI);
23. New details for He-111s (Oyster_KAI);
24. New rudder pedal belt texture for all German planes (Oyster_KAI);
25. In the Me-262 exterior view, the 2 pixelated circular holes behind the seats have been redrawn (Oyster_KAI);
26. Added circuit breaker markings on the instrument panel for Bf-109s, Fw-190s, and the Me-262 (Oyster_KAI);
27. Added screws for the Fw-190A's left & right canopy frame (Oyster_KAI);
28. Bf-110s, M.C202, and P-51D external views now have visible instrument reflections (Oyster_KAI);
29. P-51D placards won't glow at night (Oyster_KAI);
30. Scrollbar in the aircraft selection menu in Dogfight won't overlap with the aircraft images
31. A minor issue in the tactical number selection menu has been fixed;
32. Mission Editor won't crash during loading of the Prokhorovka map;
33. Aircraft lists in the Mission Editor are sorted correctly (alphabetically).