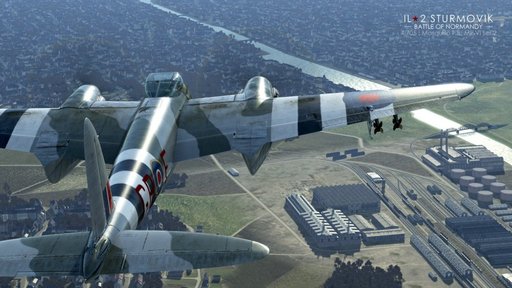 We just released the update containing one of the most awaited aircraft of the Battle of Normandy lineaup - British twin engine fighter/bomber De Havilland Mosquito F.B. Mk.VI series.2. This plane is very interesting - speedy, powerful, carrying an entire arsenal of guns, bombs and rockets and capable of retaining its speed even with bomb load thanks to the internal bomb bay. Moreover, there is a modification called "Tse-Tse" with 57mm (!) Molins automatic gun that had nearly the same capabilities as the 6 pdr gun installed on Churchill tanks. This big gun was intended for attacking submarines, but in skilled hands it might kill a tank. This aircraft looks remarkable both outside and inside and we did our best to show it in our 3D model. Of course, the flight model is as accurate as possible too, representing its handling peculiarities. 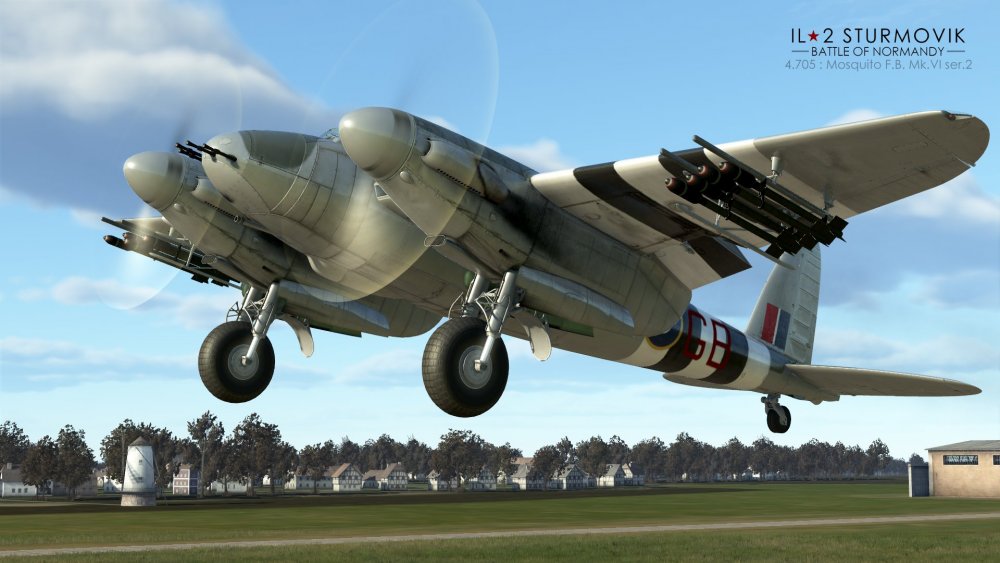 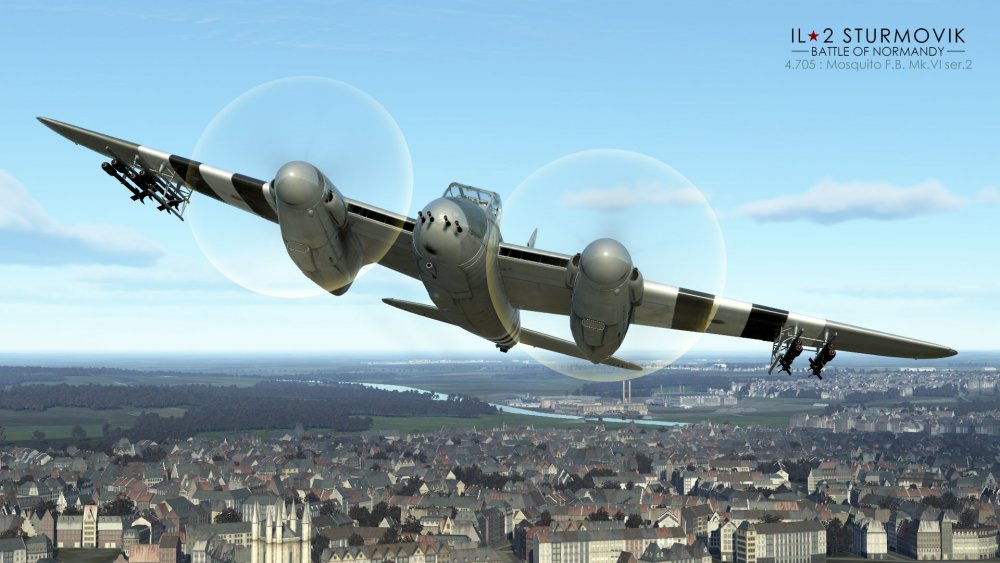 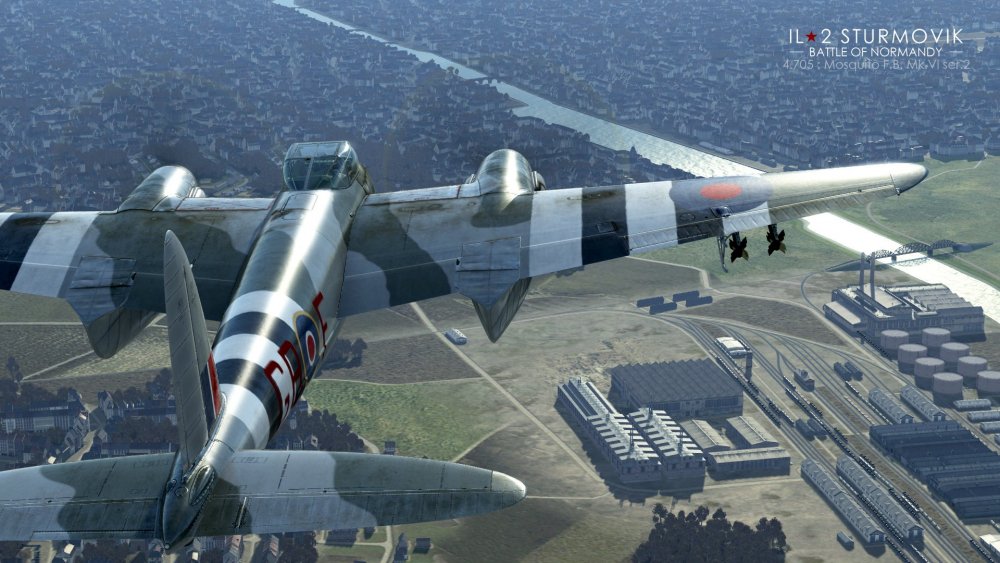 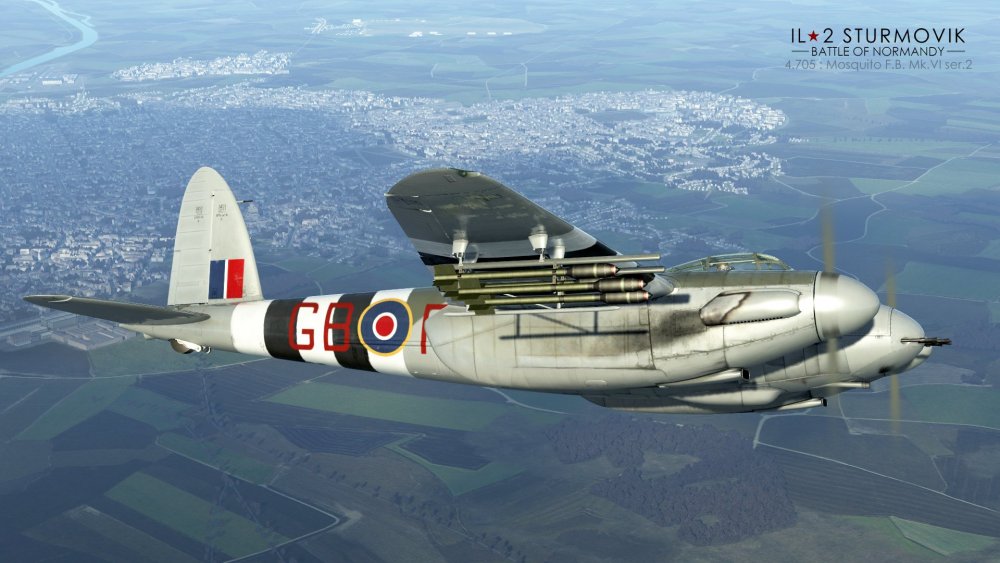 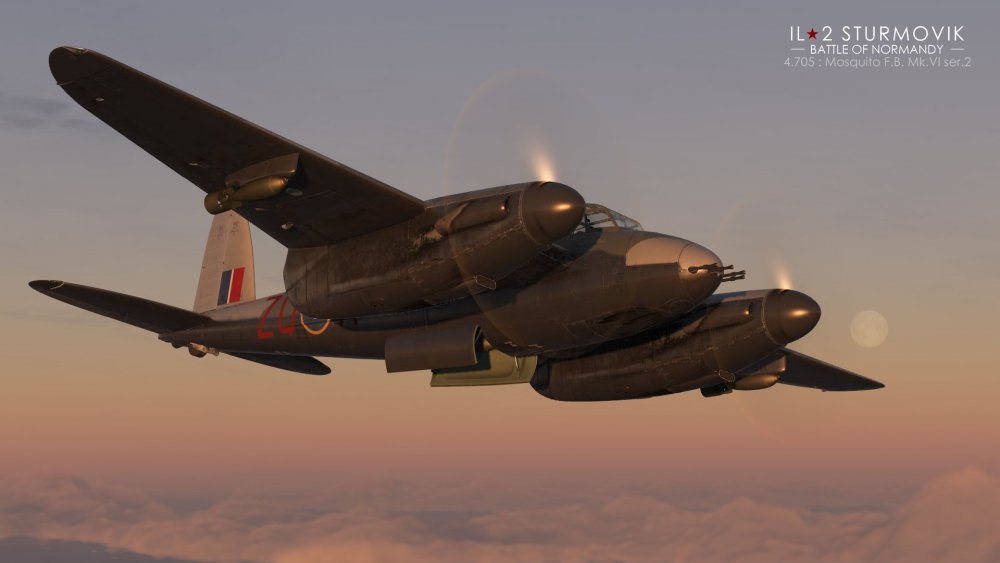 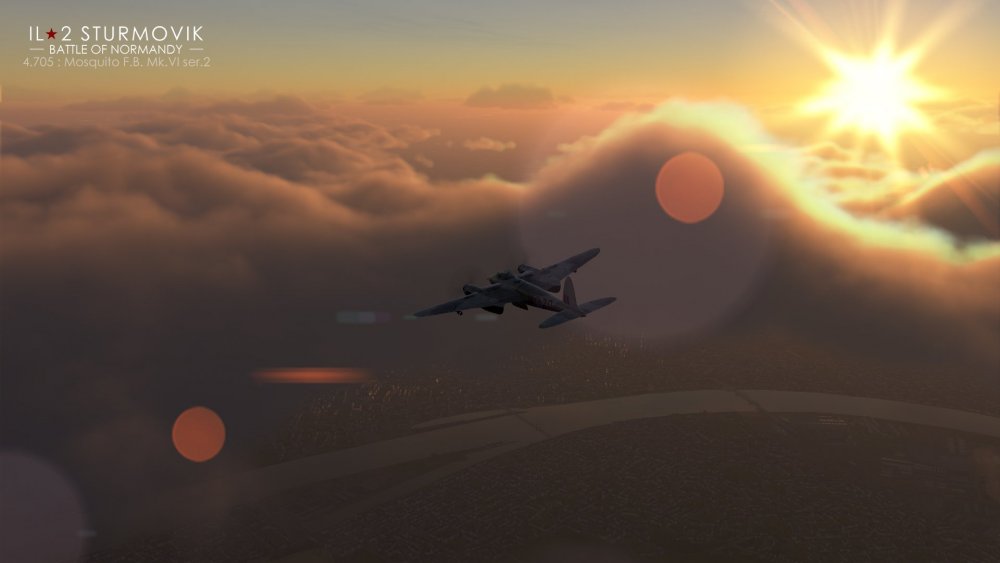 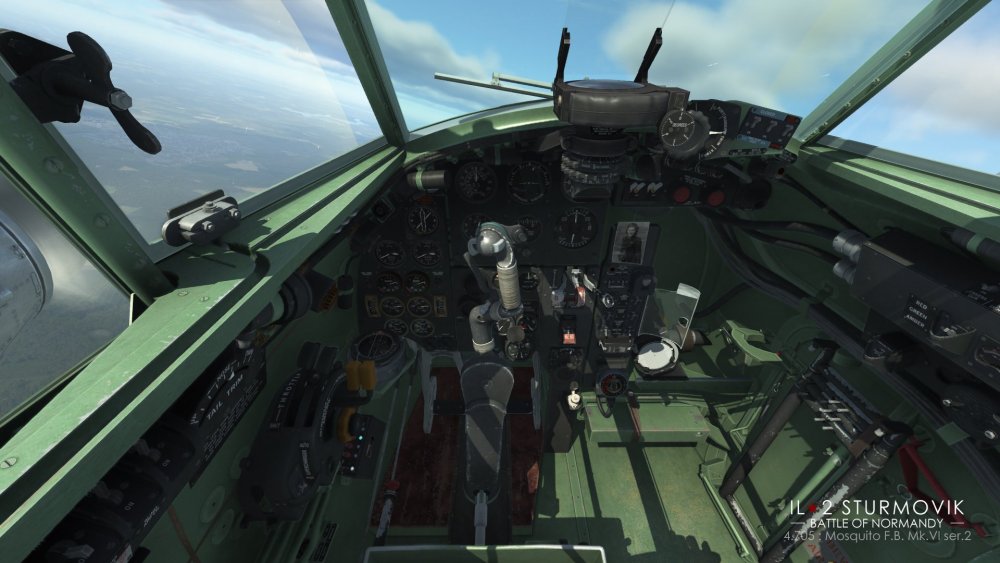 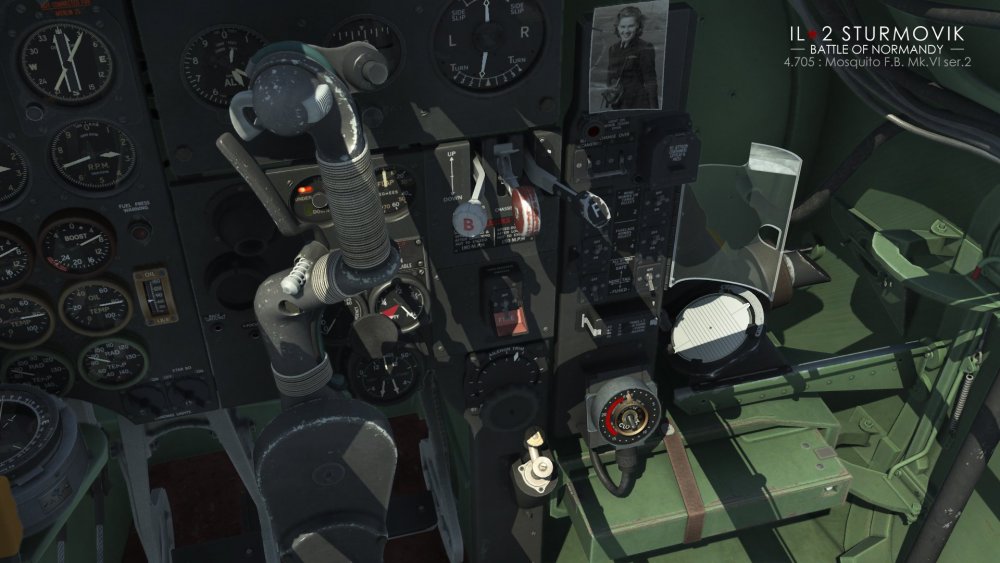 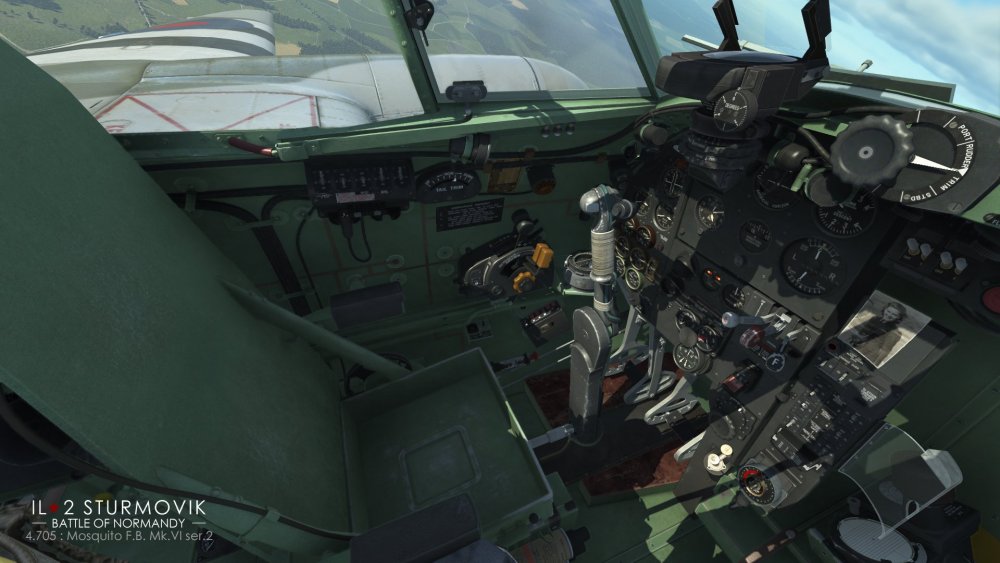 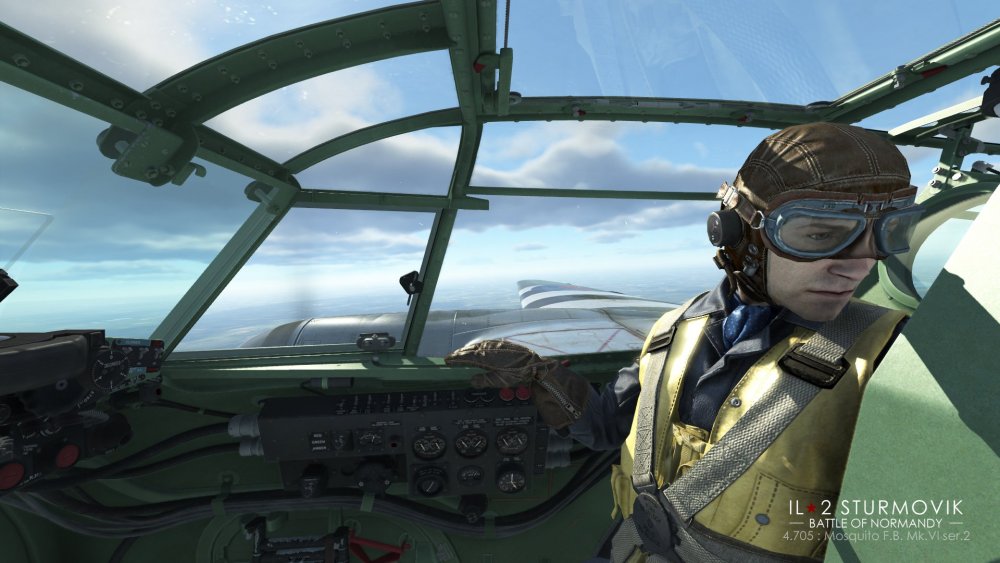 In addition to the new aircraft there are many other changes in 4.705 update:

Main features
1. British twin engine fighter/bomber De Havilland Mosquito F.B. Mk.VI series.2 is available to all Battle of Normandy owners;
2. Balloons now have collidable tethers which can ruin a pilot day and can be towed;
3. Quad and Daimler DR.4 balloon winches added for Flying Circus (for mission designers: a balloon will tether to a truck or ship with a winch that is closer than 50 m on mission start);
4. Fire effect of collapsed buildings now shows on ground level (it could show in the air before);
5. Building collapse effect has been improved and better corresponds to it size;

Ships and Vehicles
6. Ship turrets no longer can damage their own ship;
7. Firing arcs of the ship turrets located near the superstructure were corrected (widened);
8. AI SPG gunners will correctly fire at the new indirect coordinates (previously they fired additional round at the previous coordinates);
9. Mission command Formation - Backwards correctly functions for wheeled vehicles;
10. Dust effect in non-rainy weather works correctly for detailed vehicles;
11. The driver of a detailed SPAA won't be erroneously shown as dead in the GUI when other crew members are killed;
12. Instrument Panel difficulty setting functions correctly for detailed tanks: on Expert or Custom difficulty with the panel switched off only the ammo and damage overlay (invoked by Enter key) will be shown;

Aircraft
13. AI pilots will cease firing at ground targets faster when pulling up;
14. AI pilots will correctly acknowledge the emergency bomb jettison (previously they could erroneously begin the attack run even having no bombs anymore);
15. Rear-upper Handley-Page O/400 turret gunner will engage the targets correctly;
16. An issue has been fixed in the Gotha G.V and Handley-Page O/400 pilot AI that could result in the plane crash or endless circling when doing a climbing spiral;
17. A Spitfire Mk.XIV issue that could cause additional wing guns to be shown has been fixed;
18. Tempest and Typhoon gunsights were corrected (vertical position of the horizontal line projected on the windshield);
19. Control mapping dialog text has been updated for the main throttle and separate throttle axes for three engines;

Stability improvements
20. The sim won't crash when trying to repair a burning aircraft;
21. The sim won't randomly crash on mission start or end or adjusting responsiveness curves of Microsoft Force Feedback 2 joystick;
22. Hopefully, the old issue of TrackIR causing stutters when used together with Microsoft Force Feedback 2 joystick should be gone;
23. Aircraft crew members are correctly rendered after mission restart (previously they could render visibly outside of the aircraft if they were killed in the previous mission run).