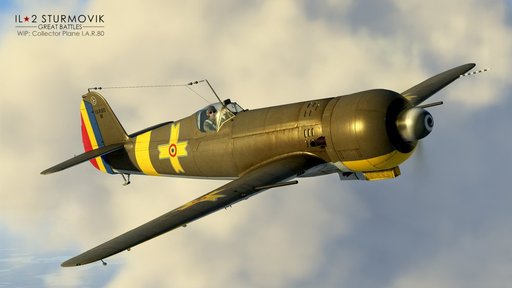 Today we'll tell you about one of the Collector Planes in development - IAR-80/81. Both kinds of this Romanian aircraft will be available in our sim: the 'short' model with short fuselage and wings and the 'long' one (that's right - with long fuselage and wings). At the moment, the work on the first model has progressed well and the second one will be developed relatively fast after finishing the first.

This fighter/bomber was designed under the lead of Ion Grosu and took off for the first time in 1939. In 1940 the aircraft went into mass production and later was updated many times, resulting in many modifications. Most of them will be available in Great Battles: 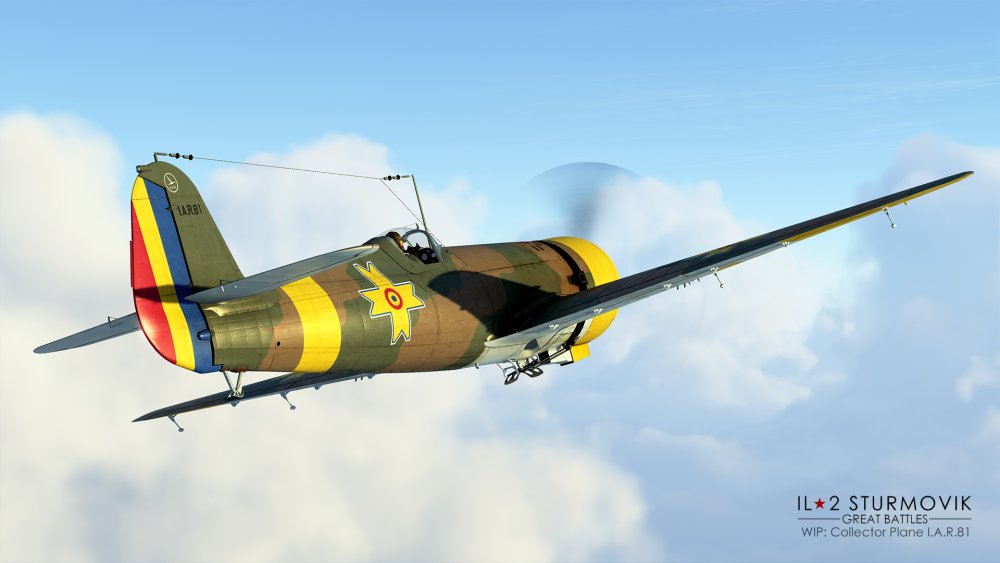 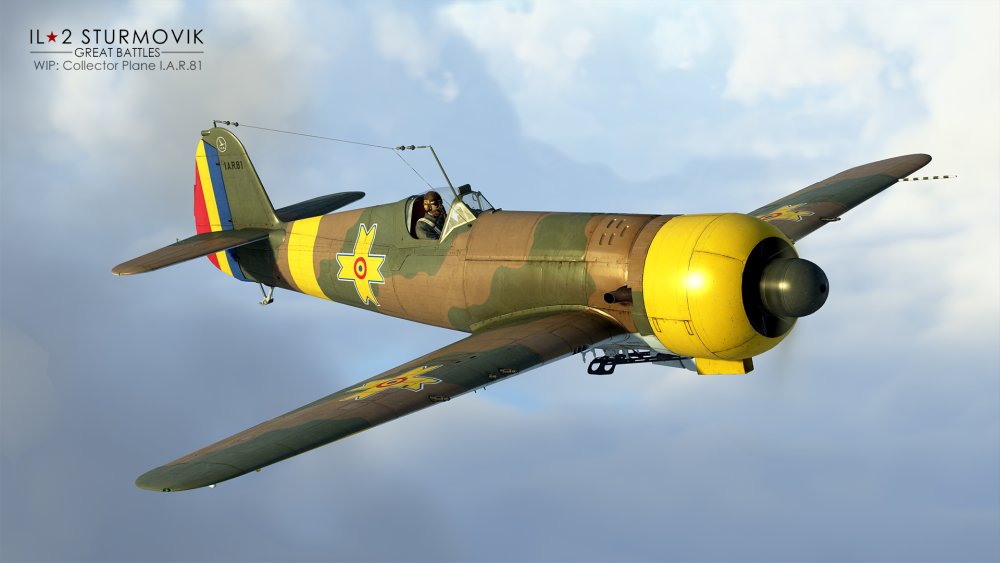 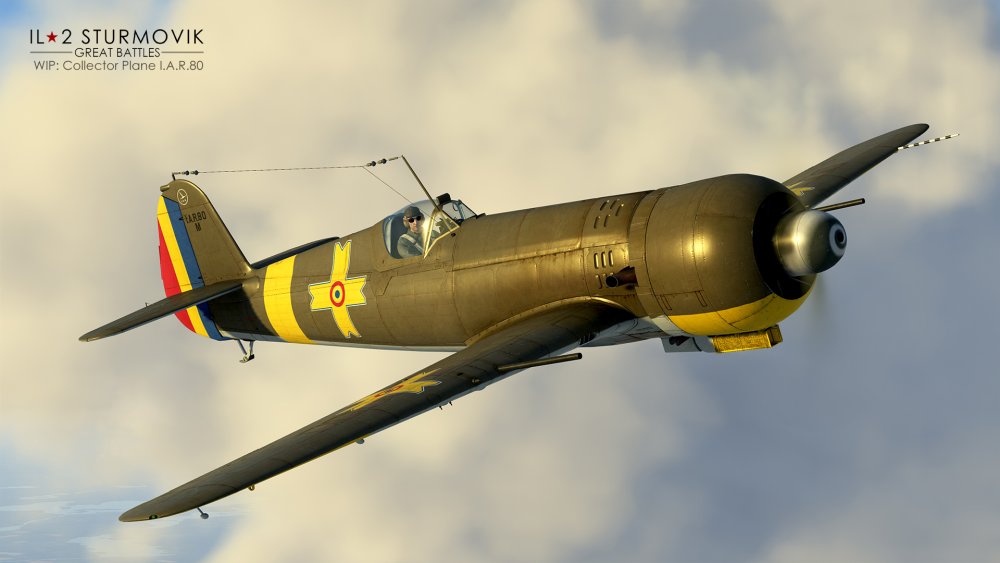 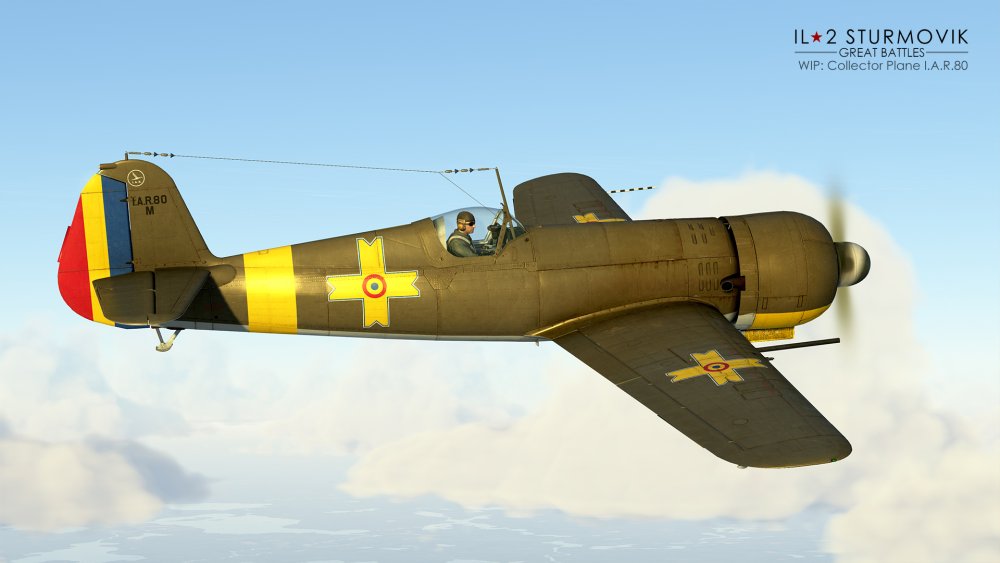 All the IAR-80 modifications that will be modeled in our sim were powered by twin-row radial 14-cylinder air cooled engine I.A.R.-14K, which was the licensed version of the French Gnome-Rhone 14K. In takeoff mode it could reach 1000 HP. The similar, albeit less uprated engines were installed on the German ground attack aircraft Hs-129B-2 most Great Battles players are familar with already. 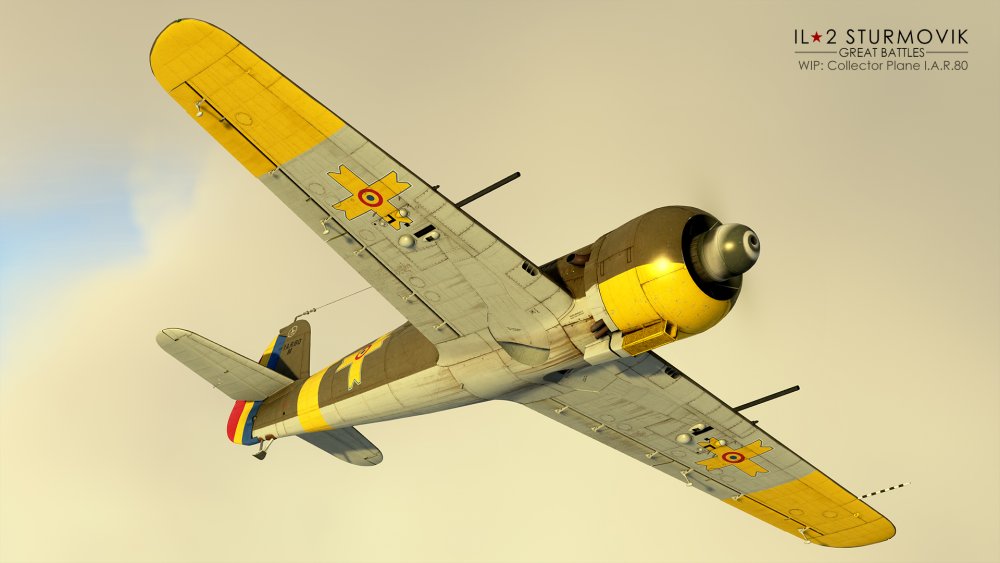 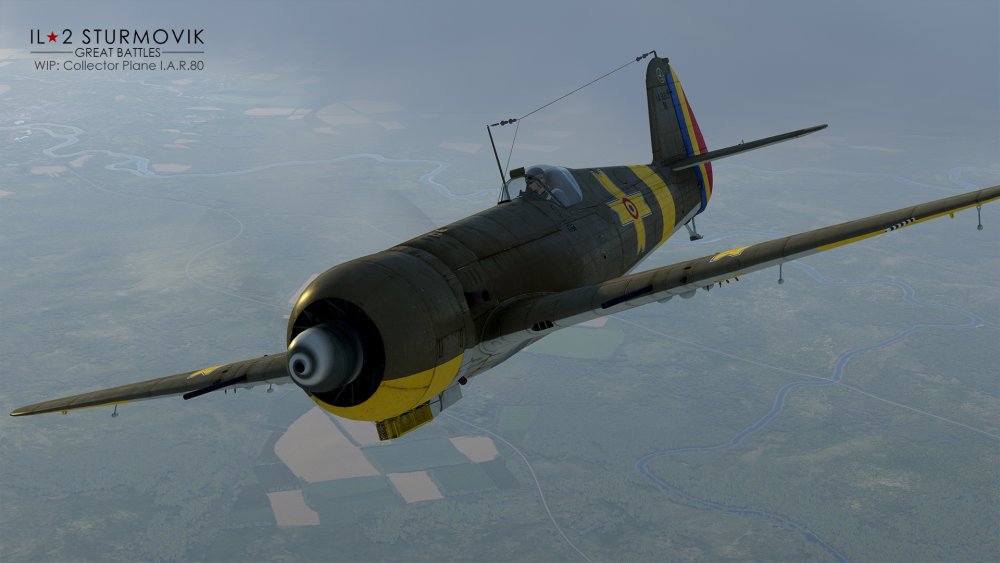 This first Romanian mass-produced fighter was all metal except the stabilizer and flaps skin. The flaps and landing gear had hydraulic actuators. All in all, it possessed flight characteristics similar to Soviet Yak-1, but late IAR modifications had much more powerful weapons and bombs. 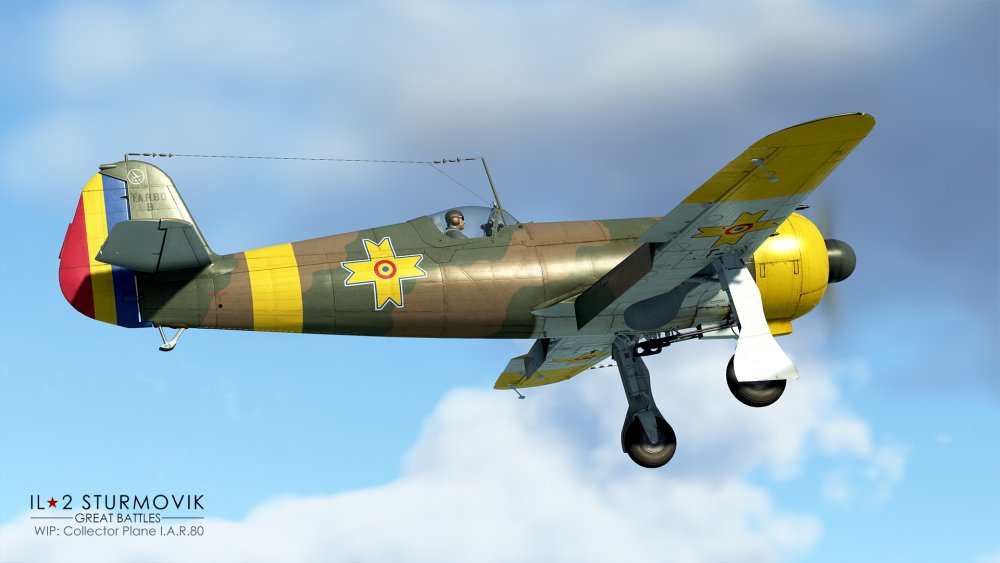 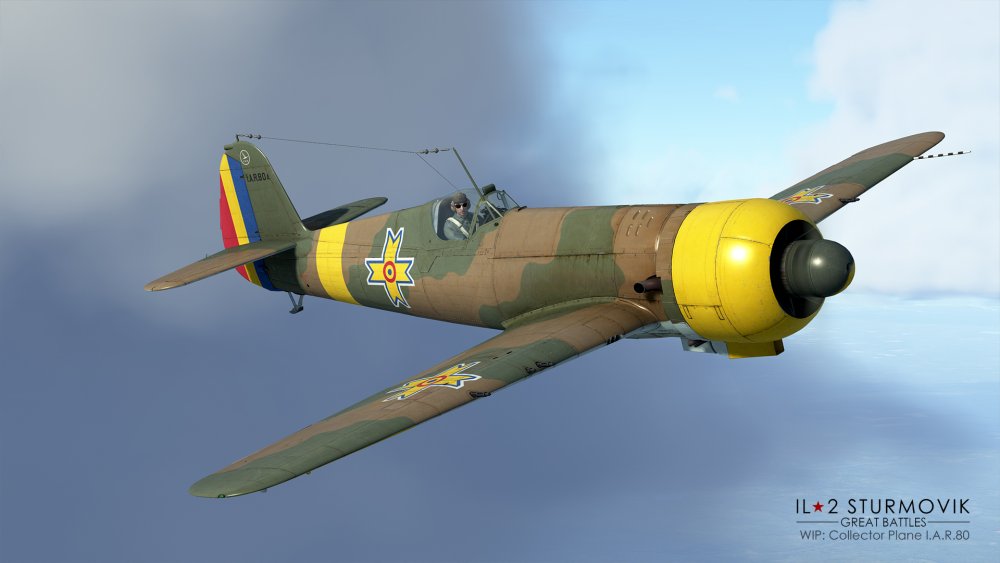 The visual 3D model of IAR-80/81 is being developed by two famous enthusiasts - Ivan Shirshov (3D model) and Martin =ICDP= Catney (exterior textures). We hope they'll finish their part of the work in the coming months and we'll be able to start the work on its FM and systems. We'd like to repeat once again - if you're interested in creating new content for our series, we're always open for collaboration. Just contact us. 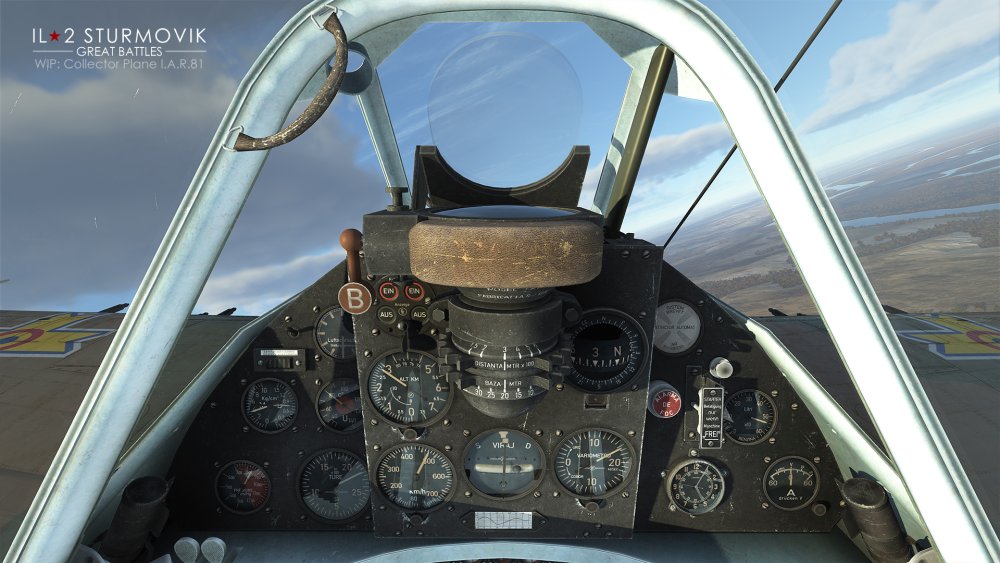 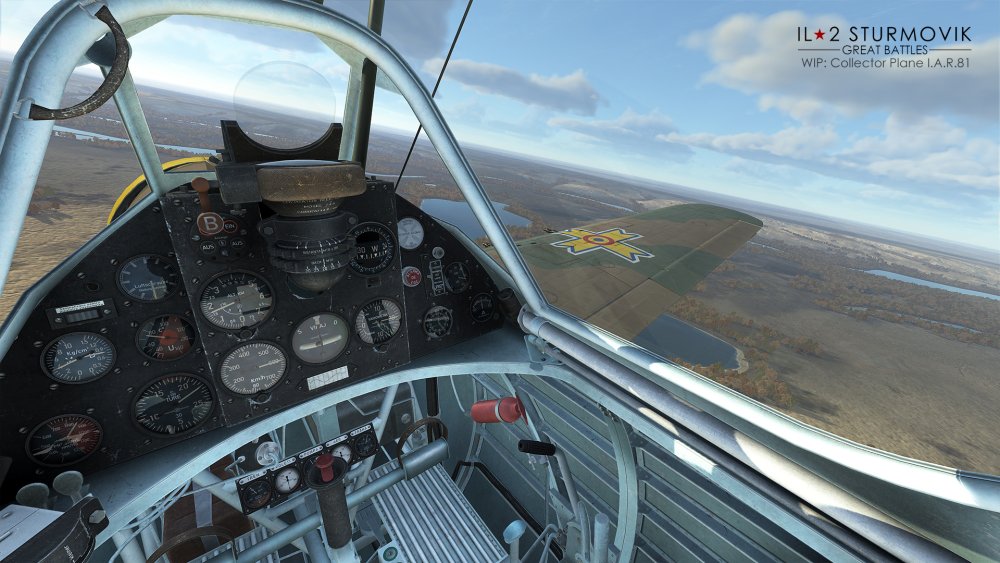 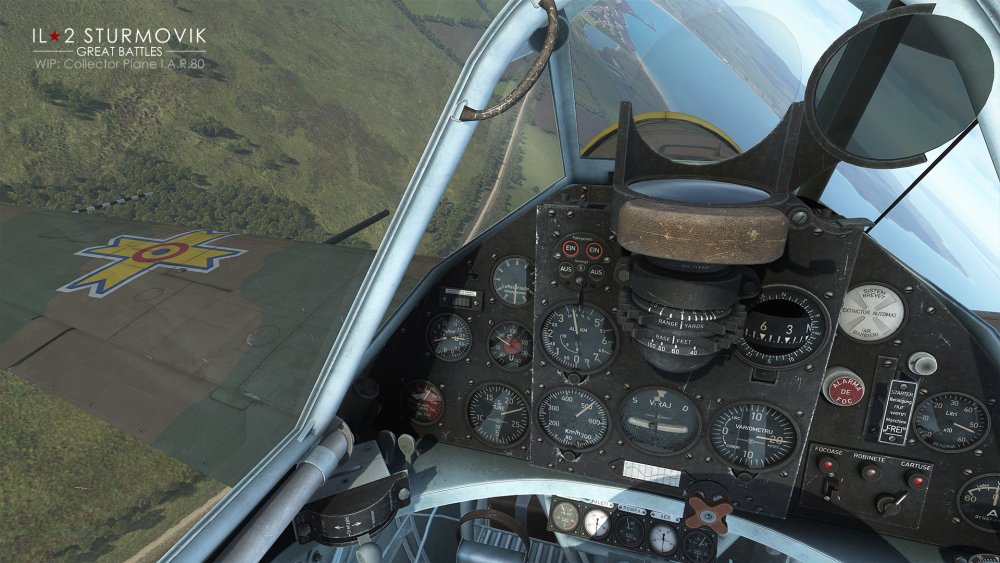 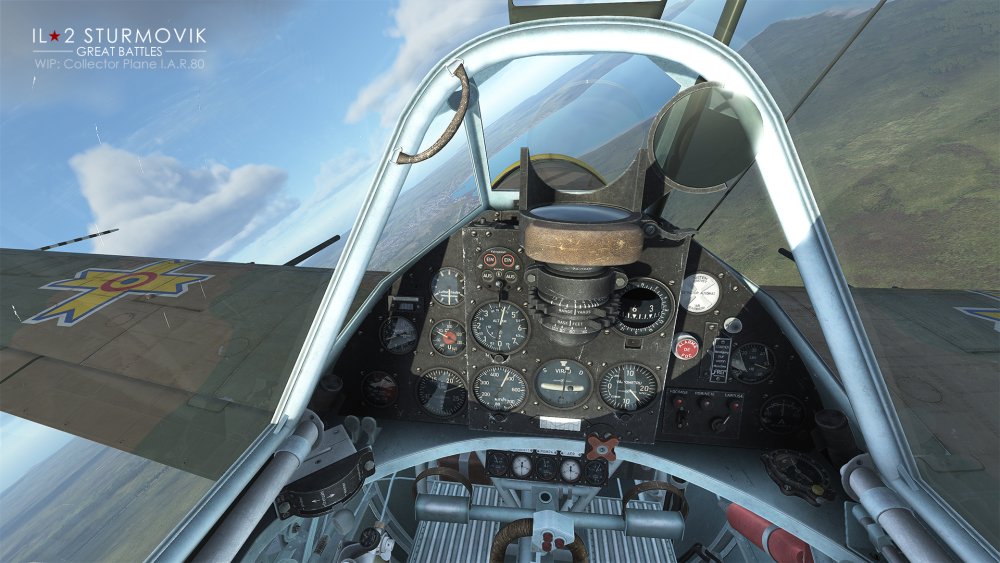