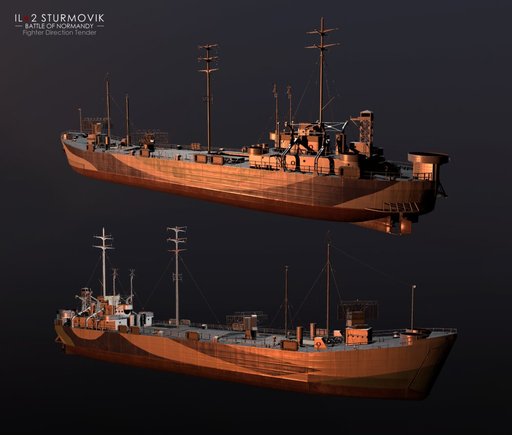 As 2022 draws to a close, we are completing our work on bringing the AI objects to the Normandy project that we previously promised. The first one is the Fighter Direction Tender. FDT are radar surveillance and control ships. They were actively used during the Normandy Landing in 1944 to coordinate the actions of Allied aviation and provide radar cover for the landing zones. We created three ships, FDT-13, FDT-216, FDT-217, based on the LST class dock landing ships, which bore the same hull numbers before modernization. Their modernization was carried out on the shipyards of the west coast of Scotland, away from the active enemy forces. During the modernization, various radio communication, electronic interception, and radar antenna equipment were installed on the upper decks of the ships, including two powerful Type 15 GCI and Type 11 radars. These ships played a prominent role in the events of D-Day. 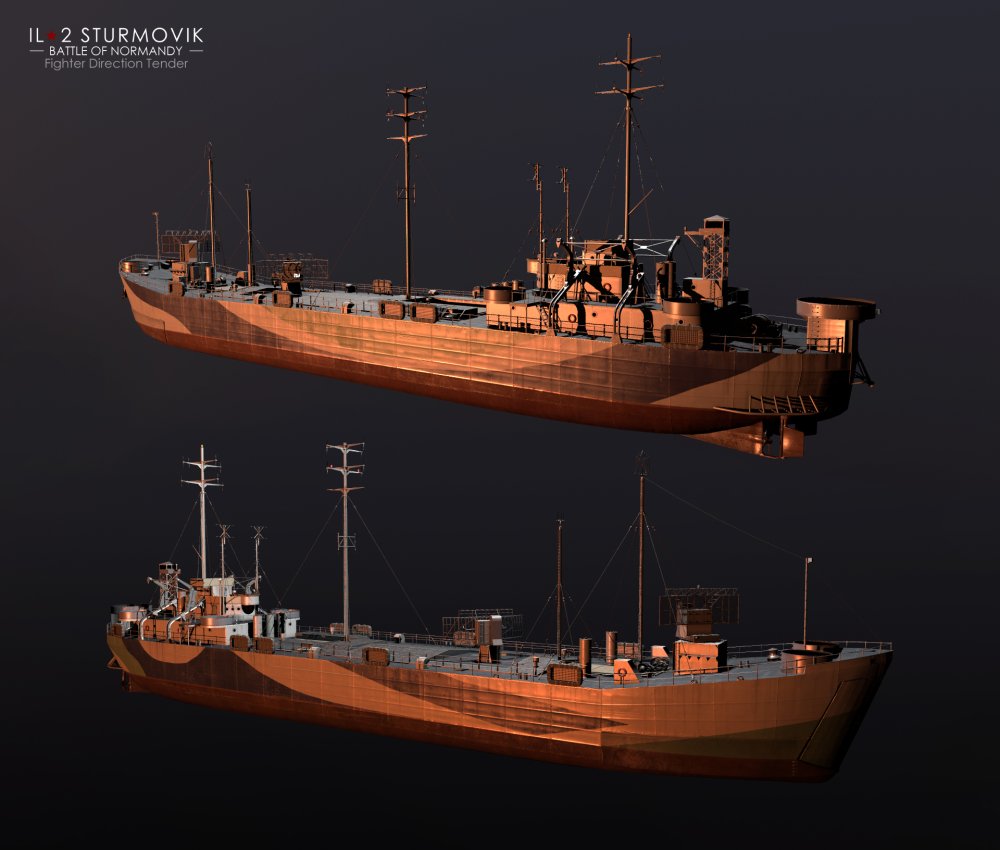 The second AI object is a German eight-wheeled armored car Sd.Kfz. 234/2 Puma. This “slash-two” modification was the second by numbers among all the Pumas produced during the war: 101 out of 478 vehicles. This modification took part in the events of 1944, which the Battle for Normandy project tells about. It is a variant armed with the 50mm KwK-39 cannon (similar to the one used on later modifications of the Pz.Kpfw. III tanks), located, unlike later modifications with a 75mm cannon, in a fully enclosed and armored rotating turret. The car is notable for quite good frontal armor of the hull and turret (up to 30mm), as well as its unique chassis, which is worth mentioning by itself. The chassis is built based on an independent levered suspension of all 8 wheels and their coupled wheel springing. All the wheels of the Puma are driving and steerable. All this together, as well as a 12-cylinder V-shaped diesel engine Tatra 103 with a 210 horsepower capacity, provided very good cross-country ability, maneuverability, and speed. 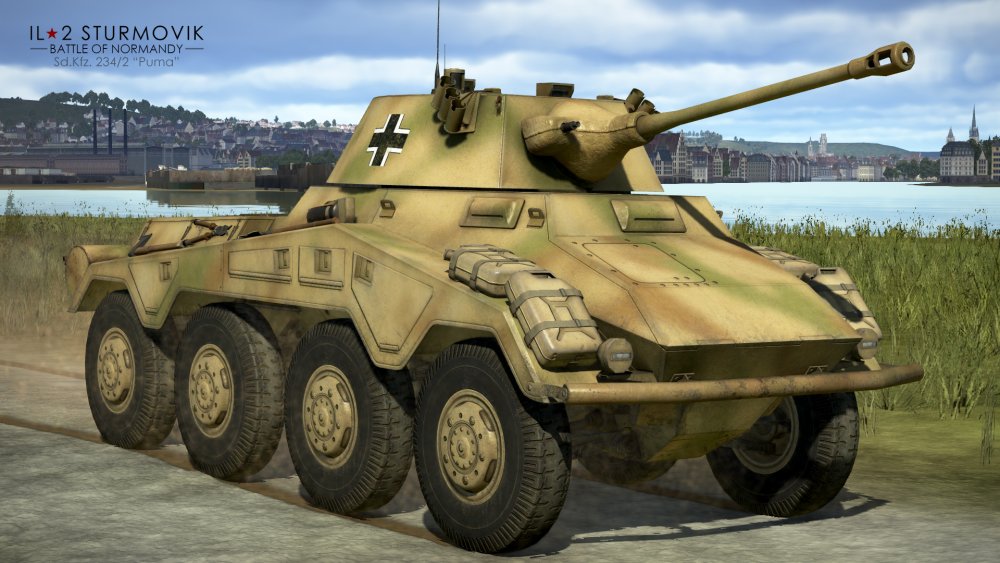 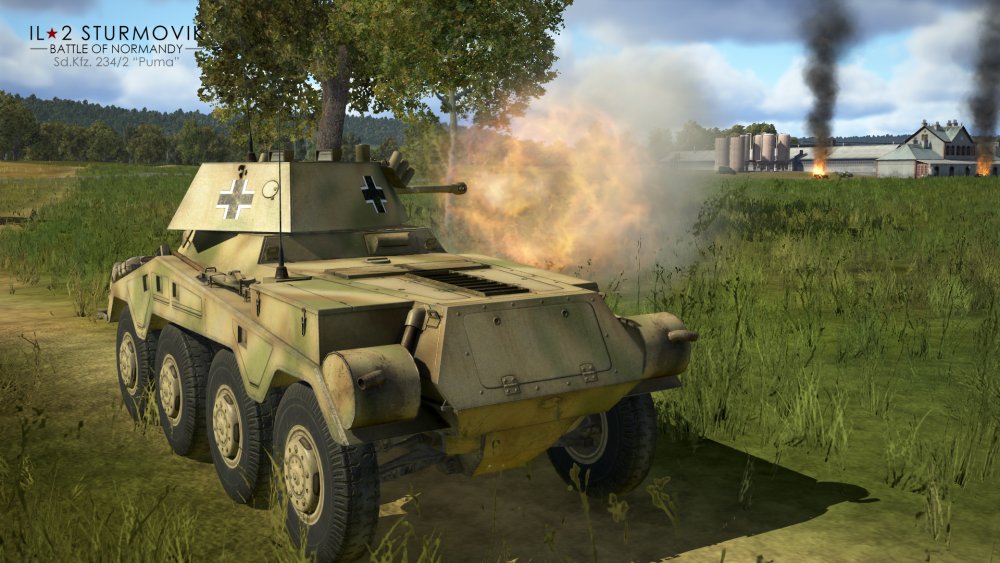 The third is a lighter American armored car, M8 Greyhound. This three-axle all-wheel drive vehicle, unlike the Puma, had a classic chassis design with 3 leading solid beams and a front steering axle, less body armor (up to 19mm in the front), and lighter armament, the 37mm M6 cannon placed in an open-top turret. An important quality of the vehicle for infantry units was the additional heavy .50 cal Browning machine gun mounted on the rear of the turret. Possessing more modest characteristics and a less revolutionary design, however, the Greyhound was a third lighter than the Puma and obviously easier to manufacture. In the conditions of the Second World War, this was largely a determining factor. Moreover, the Greyhound turned out to be a rather successful armored car that was used in various conflicts for a great many years after the 1945. 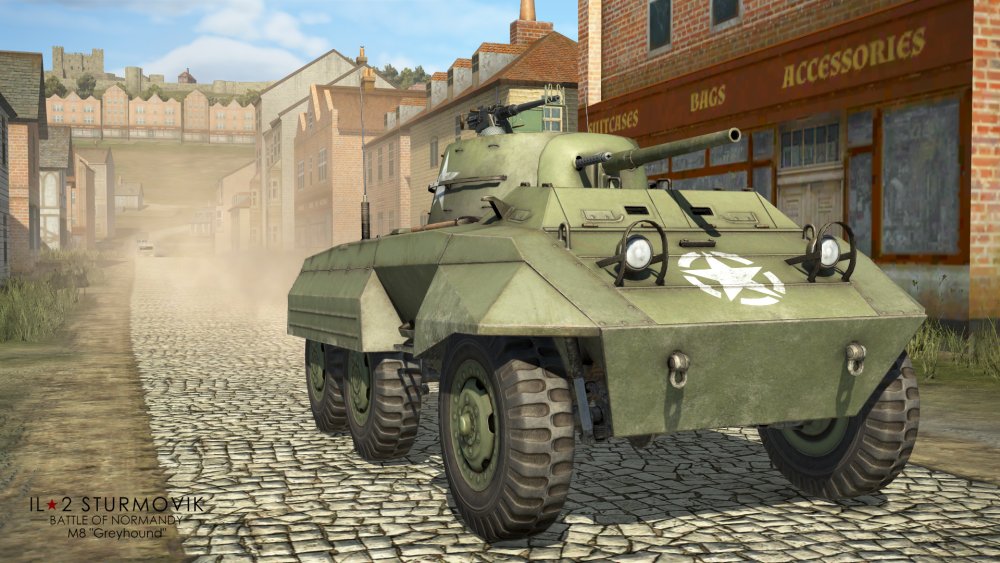 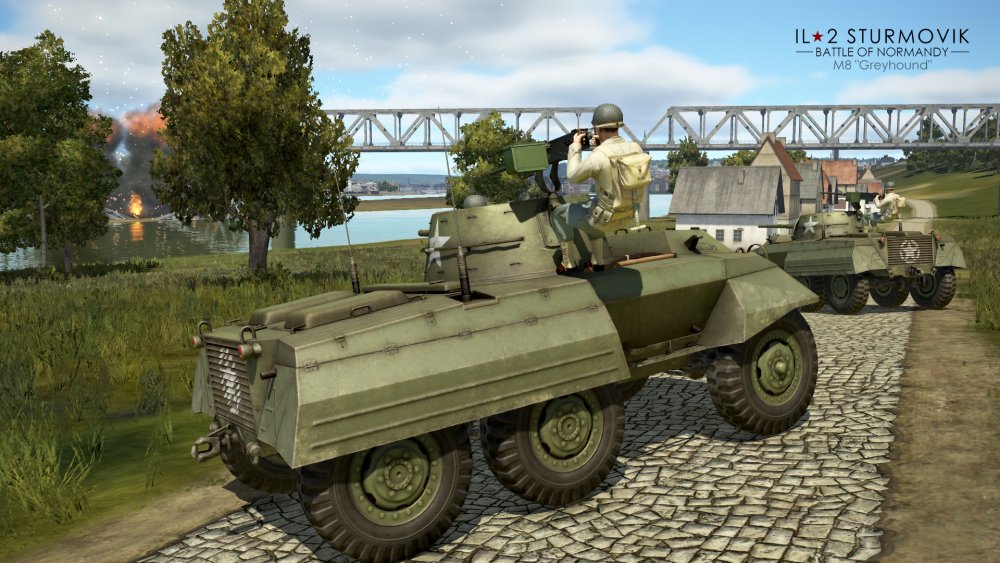