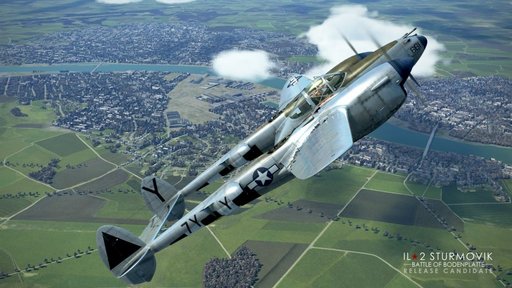 October has ended and we'll release the next update very soon - once again it will be a huge and very important milestone for our project. Version 4.001 is the release of Bodenplatte and Flying Circus, but it is also a huge step forward for Tank Crew.

For Bodenplatte, this update will bring the previously missing parts - the promised 4 seasons of its map and Battle of Rheinland Career timeframe. The Career required a huge amount of work - 115 squadrons, 65 of them are joinable by the player, operate from 70 airfields (most of them are correctly recreated using historical layouts) according to historical images and data. It should be noted that we'll continue to improve both the Battle of Rheinland Career and Rheinland maps after the release. 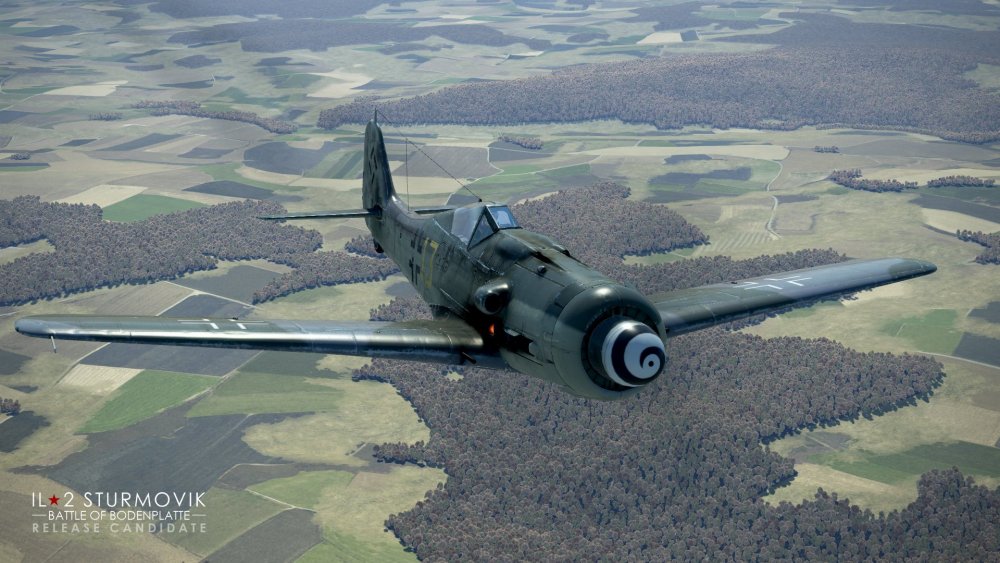 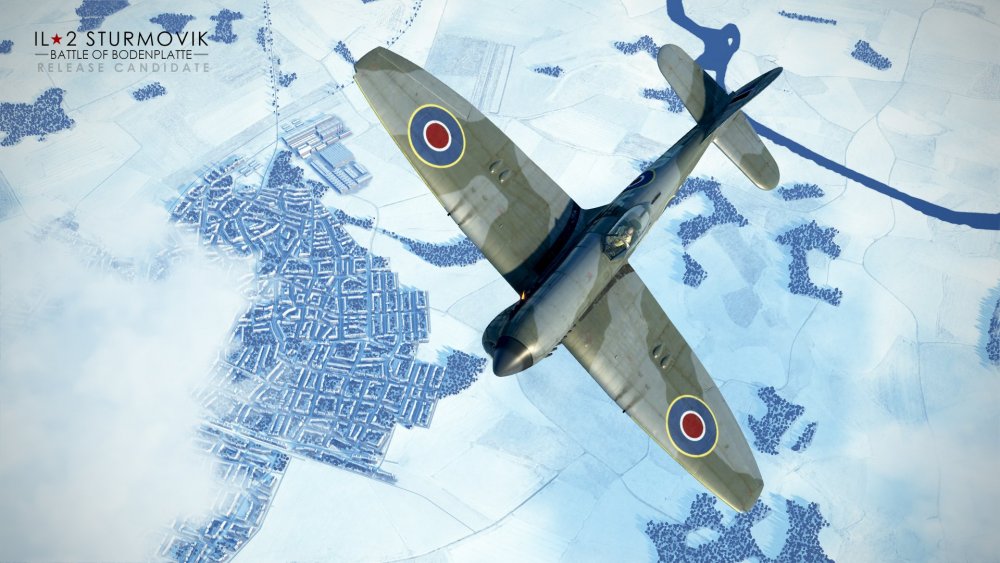 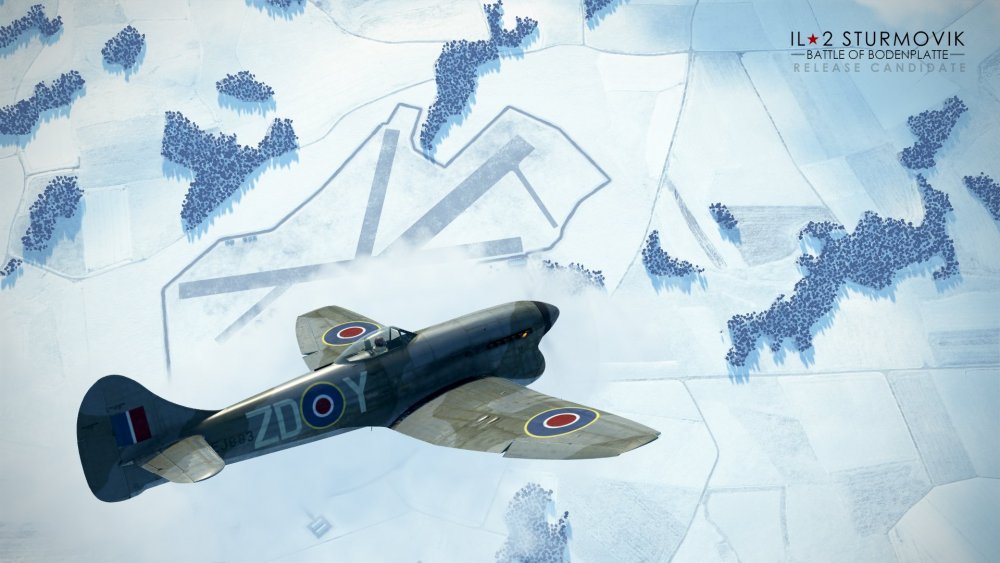 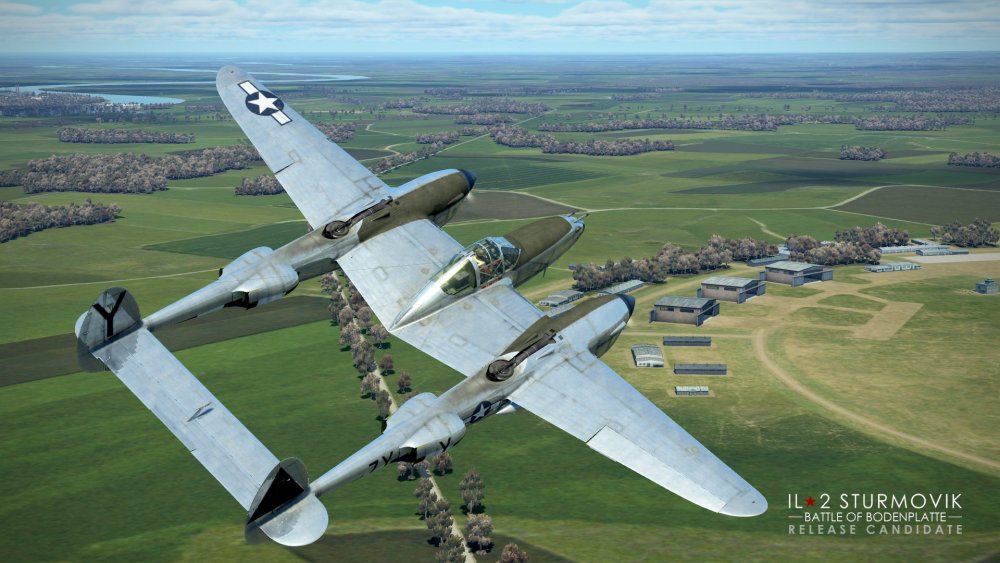 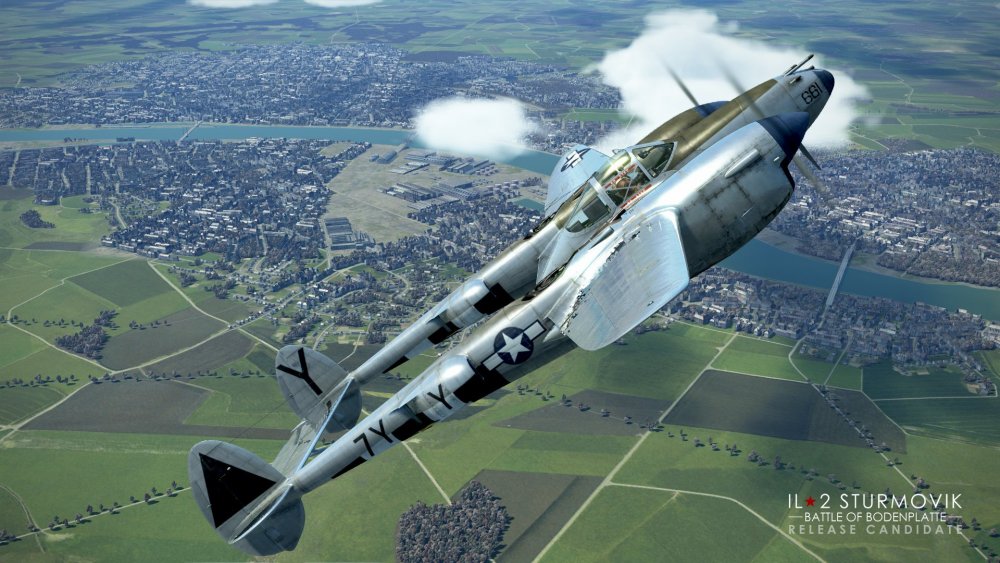 Flying Circus has its scenery finished - our partners from Yugra Media have finished the development of the ground vehicles and artillery and the Amiens cathedral. Please note that AI-controlled ground objects both for Flying Circus and Bodenplatte (Allied ones) are made at the next level of detail, previously unseen in the series. With this content added, Flying Circus is now complete as it was planned and announced. 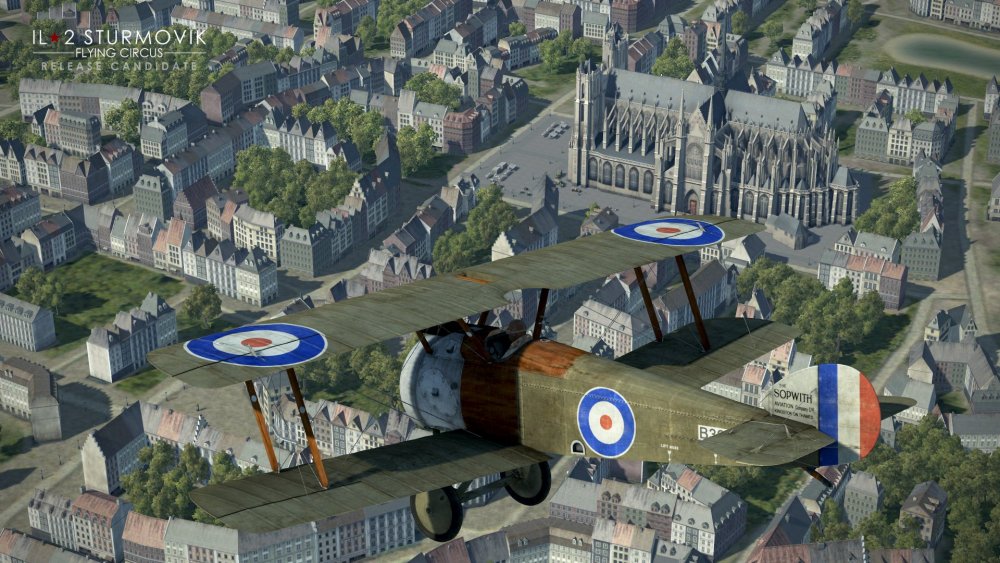 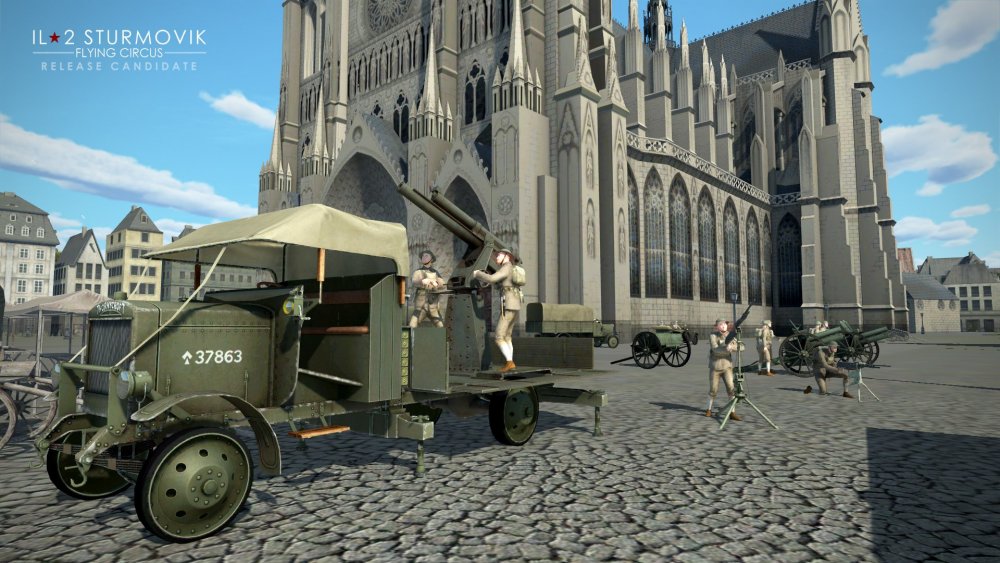 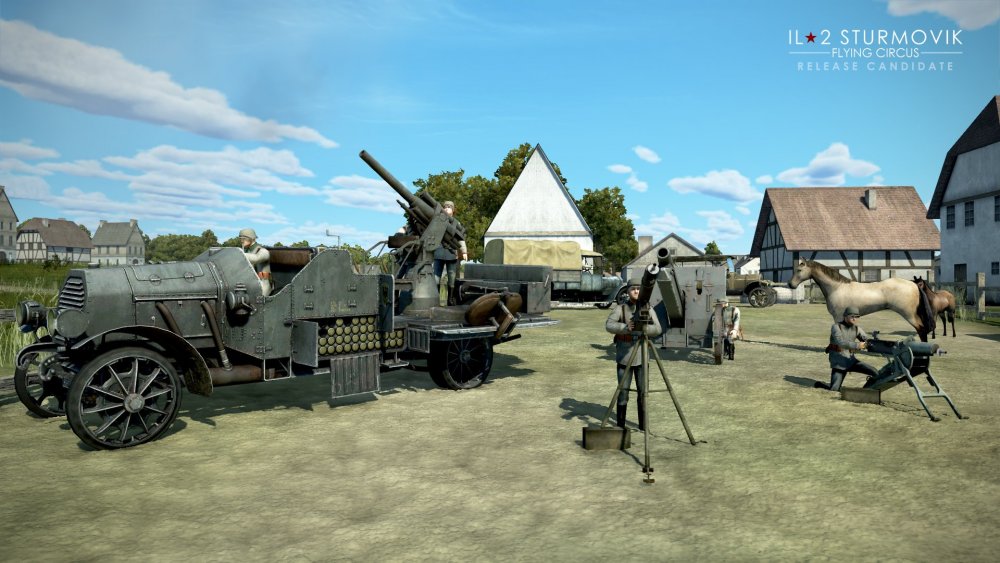 To give orders as a tank commander, turn the autopilot from the driver seat by pressing A key, then switch to the commander station and press ~ (tilde) key to open the orders menu. After that, you can use the cursor to point at a target or place on the ground and choose what to do, i.e. attack it or move to it, and choose who you're giving the order to - your own tank, entire platoon or a selected tank in the platoon. There are also many commands that don't require selecting a point or a target - change formation and spacing, speed, turn at various degrees, move forward or backward, change ammo type, fire from stops, while moving slow or moving at full speed, temporary stop, cease firing and so on).

Two historical scenario campaigns included with the Tank Crew - Clash at Prokhorovka tell about the heavy and strenuous fighting that took place there. The campaigns themselves were designed to not only entertain but also to tell about these events with the highest degree of historical accuracy possible in our sim. 20 scenarios (10 in Soviet and 10 in German campaign) were painstakingly recreated using real combat reports and the latest works of Russian and Western historians who specialize in these events. All the details like location and time, weather, approximate unit strength and composition, movement routes, operative decisions of the commanders of various ranks, artillery and air bombardments made it in.

A good illustration of the attention to detail in modeling the combat are the briefings of the first missions of Breaking point and Last chance campaigns. Here are also some screenshots taken just in these two missions that show the intensiveness of these dramatic events.

And don’t forget that this update also includes the Achtung Spitfire! Scripted Campaign created by The Syndicate. It includes 20 interesting and historically inspired missions in the beautiful Kuban theater of operations. We think you will enjoy it. Thanks to all who have already pre-purchased it. It all adds up and keeps us going!

At dawn on July 5, 1943, the German 4th Panzer Army (PA) launched its main attack on the positions of the 6th Guards Army. Despite stubborn resistance from the troops of 52nd Guards Rifle Division (GRD), by the end of the day, the formations of the German 2nd Paul Hausser Panzer Corps broke through the first defensive line of the 6th GA and reached the perimeter of the 2nd defensive line near Kozmo-Demyanovka with the support of the 8th Air Corps. The 22nd Guards Rifle Corps (GRC) was defending the flanks alongside the 375th Rifle Division and managed to keep the enemy from breaking through the first line.

After determining the direction of the main attack, by the end of July 5, the VF command was forced to push almost all of its operating reserves to the front line, consisting of the 1st Tank Army, one rifle corps and two tank corps, as well as artillery formations. Unable to further influence the situation, General Vatutin requested that the Supreme Command Headquarters strengthen the front line with strategic reserves.

Combat operations began at dawn on July 6, on the sections of the 375th Rifle Division and the 22nd GRC, and it was not until 11:00 that the main forces of the German II Panzer Corps launched an offensive. After receiving a report that there had been a breakthrough in the positions of the 51st GRD defending the second army line, General Vatutin issued the order to counterattack with the forces of the 1st TA, 2nd and 5th Guards Tank Corps (GTC) on the flanks of the enemy's tank spearhead. At the same time, Pz.Gr.Div. Das Reich, pursuing the units of the 51st GRD and 5th GTC that had been pushed out of Luchki, attacked in the direction of Ozerovsky khutor and in the direction of Sabachevsky khutor – Kalinin khutor. The frontal counterattack carried out by the forces of the 22th GTB was unsuccessful, and by 16:30, the 21st and 22nd GTB, as well as the 48th Guards Heavy Аssault Tank Regiment were surrounded near Kozinka urochishche.

'... Waiting was exhausting. After a long night march, our 20th Guards Tank Brigade took up defensive positions in Teterevino, waiting for the enemy to attack in the morning. However, the German soldiers were clearly not in a hurry and only launched their offensive at about midday and somewhat away from our positions. The main forces of the corps had been fighting for a long time and, judging by the abrupt and panicky radio messages, their situation was extremely difficult. We continued to wait while our comrades were fighting and dying somewhere else. The order to advance was only received from the corps commander at about 17:00.

... I arrived at the brigade in late 1942 as junior lieutenant, when it was being restructured in the Tambov tank camps. If it hadn't been for my experienced crew, who had already experienced the smell of powder at Stalingrad, I would have hardly survived the subsequent events. In the gruelling battles for Gorshechnoye and Kastornoye near Voronezh in January 1943, the brigade lost almost all its equipment in just 7 days, and the commanders of both the tank and motorized rifle battalions were killed. In February, our forces were replenished again, but after an unsuccessful battle near Kharkov in late March, the brigade was finally taken out for restructuring. In early summer, I was given command of a platoon, and now I had to lead men, who were just boys yesterday, in their first battle and take full responsibility for them.'

Combat mission: after breaching the defences of the 51st GRD, the enemy strikes in the direction of Kalinin khutor – Belenikhino station. The order was given to advance the 45th and 250th Tank Battalions to the forest north of Sabachevsky khutor leaving one tank company in Teterevino, thereby preventing the enemy from spreading in the direction of Belenikhino.

Additional instructions: you command the third platoon of the 1st Company of the 250th Tank Battalion. Follow the battalion commander in the northwest direction to Sabachevsky khutor, following all orders. 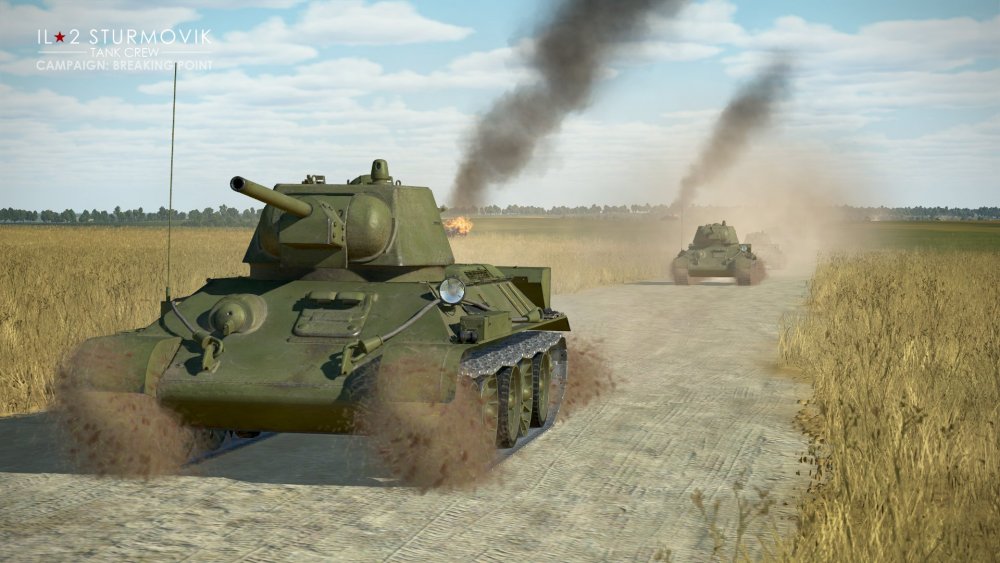 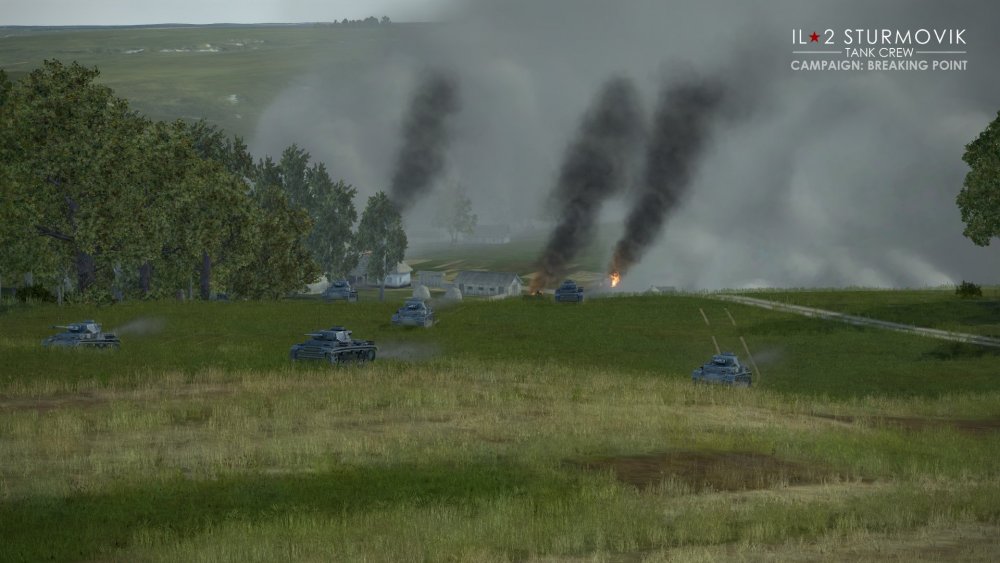 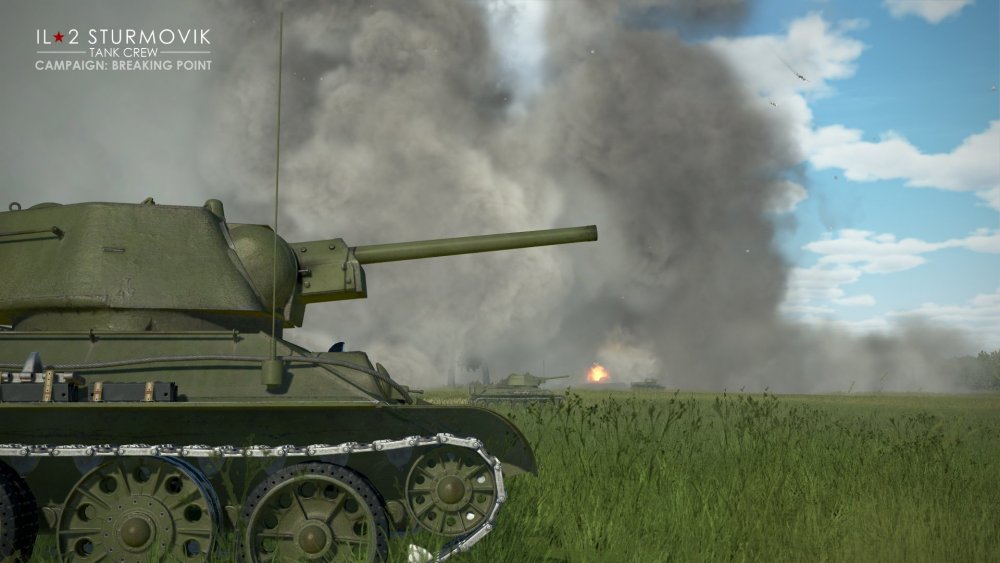 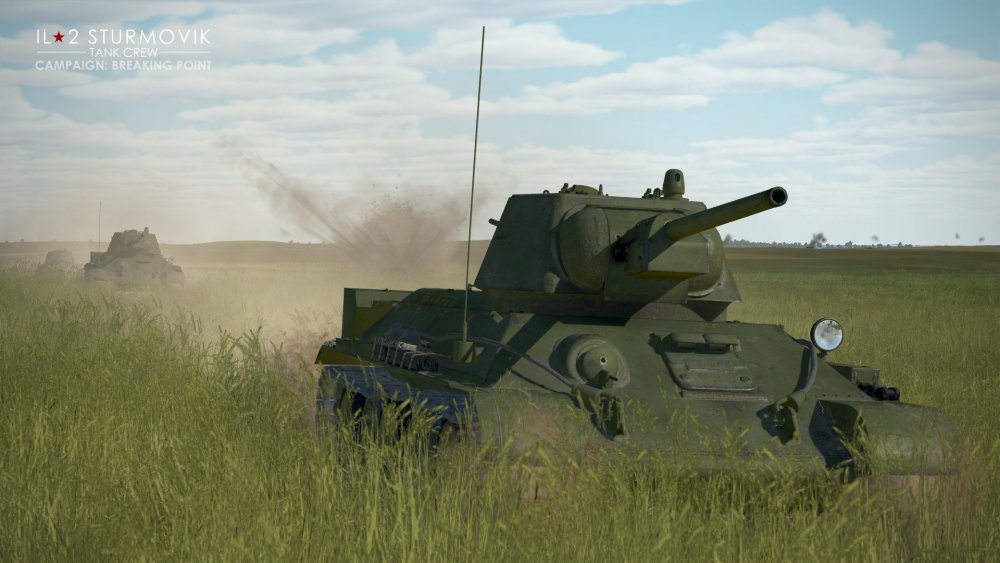 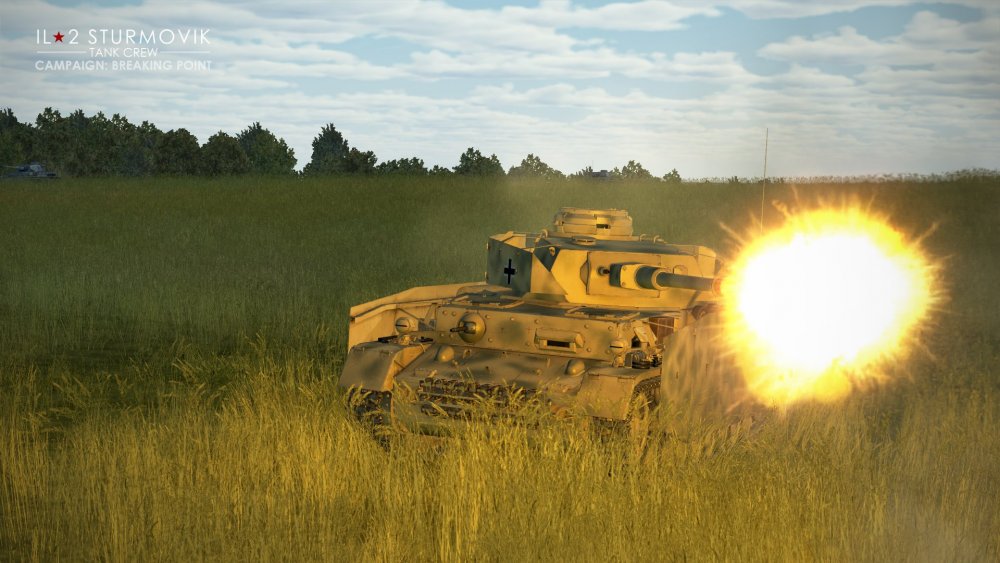 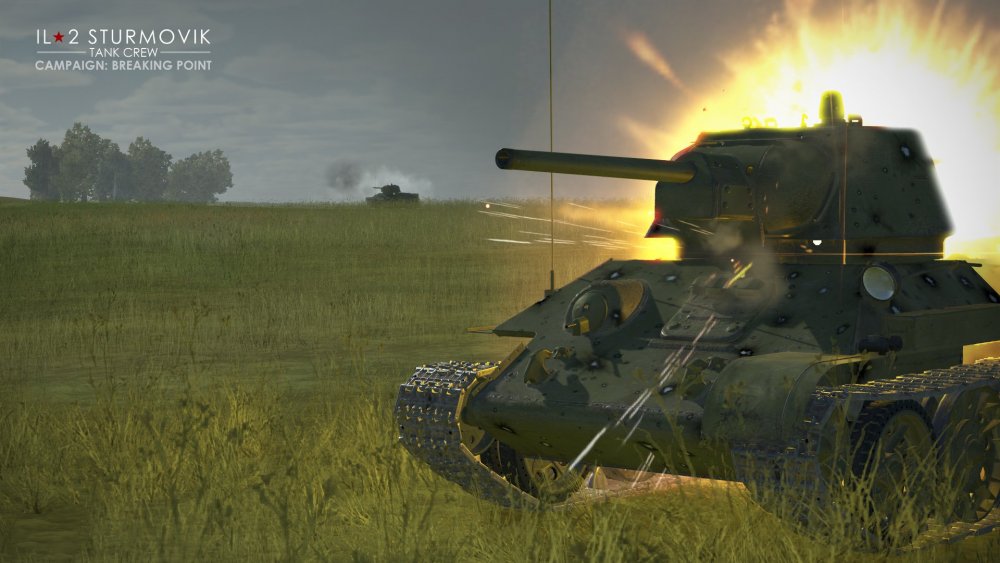 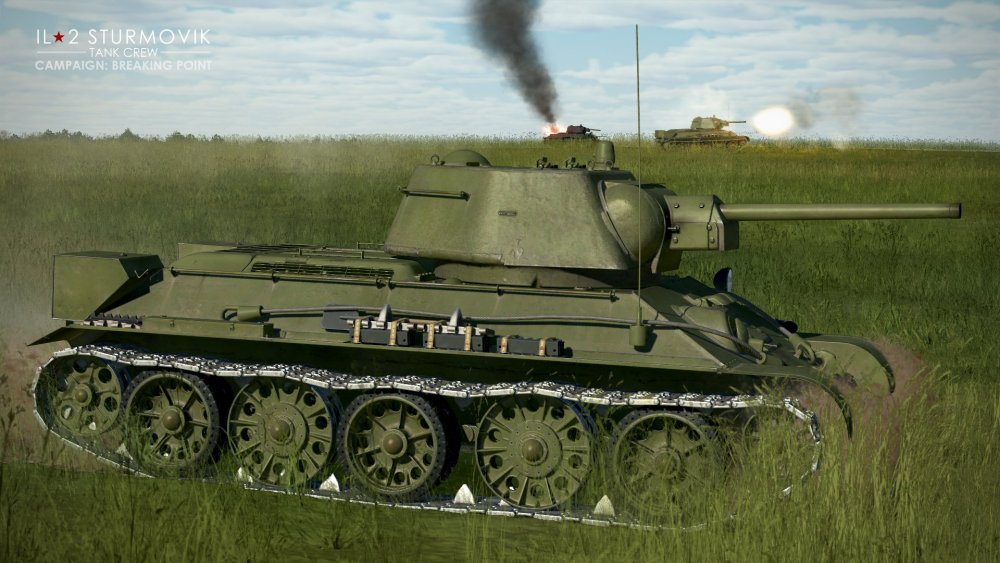 The main strike of the German 4th Panzer Army came at dawn on July 5, 1943; it was aimed at the positions held by the 6th Guards Army. The XLVIII Panzer Corps advanced from the Butovo – Cherkassy area along the road to Yakovlevo, and the II Panzer Corps, made up of the Panzer-Grenadier-Divisions Leibstandarte Adolf Hitler (LAH), Das Reich and Totenkopf advanced along the Tomarovka – Bykovka – Yakovlevo road. At the beginning of the operation, the II Panzer Corps had 390 tanks, 104 assault guns and 98 self-propelled guns as well as combat forces of 39,106 men. The 238th artillery regiment and the 3rd Mortar Division were attached to the II Corps.

Despite heavy resistance from the 52nd Guards Rifle Division (GRD), by the end of the day, units of the II Panzer Corps, supported by aviation of the VIII Air Corps, broke through the enemy's first defensive line and were facing the front of the second defensive line in the Kozmo-Demyanovka area. Operating on the flanks, the XLVIII Panzer Corps and Army Detachment Kempf, were unable to make headway. According to the plan, by the evening of July 5, the 4th Panzer Army should have breached both defensive lines, approached the crossings near the Psel river and continued on to Prokhorovka, so the entire schedule of the Operation Citadel collapsed in its very first hours.

On July 6, the II Panzer Corps was ordered to breach the second defensive line of the 6th Guards Army. On the Yakovlevo – Luchki section, they were to attack in the northeastern direction, destroying the Soviet mobile reserves. By 06:00, only Pz.Gr.Div. Totenkopf had engaged in active combat at the line held by the 375th Rifle Division. It was not until 11:00 that, after half an hour of artillery barrage, the Corps' main forces joined the offensive. After breaking through the lines of the 51st GRD, a combat team from the Das Reich Division rushed to the Luchki – Kalinin khutor direction, while Pz.Gr.Div. LAH captured the southern part of Yakovlevo and continued its offensive on Northern Luchki. By that time, the Soviet command decided to counter-attack with all available reserves—namely, the 1st Tank Army as well as the 2nd and 5th Guards Tank Corps, striking at the flanks of Hausser's Corps.

'... I stuck my head out of my command hatch and watched as four Messerschmitts leapt northward, followed by nine dive bombers. The Junkers circled and began to take turns nose-diving and dropping their deadly load on targets we couldn't see but that we knew were in the Russian position. Spurts of flame and plumes of smoke swept into the sky, shortly followed by the sound of explosions. The Stukas had finished their work and began to withdraw, when two flights of Focke-Wulfs arrived, attacking the enemy with equal ferocity. Our aviation had been operating flawlessly that day, providing invaluable support to the division. We hardly saw any Russian planes that day.

Suddenly, the radio came alive, and I immediately retired to the turret, pressed my headphones to my head and tried to make the message out from the static. After our grenadiers had taken over Luchki, the 6th and 7th Panzer companies immediately moved on in the direction of Sabachevskiy khutor and were now reporting a clash with numerous Soviet tanks, asking for support. The battalion commander contacted us and ordered that our company, which was temporarily on standby, should prepare for immediate deployment. The short rest was over'.

Combat mission: the defeated enemy units are retreating northward, constantly trying to counter-attack. The 5th Company is ordered to support the tanks of the 6th and 7th Companies fighting north of Luchki and then strike in the direction of Sabachevskiy khutor.

Additional instructions: you command the second platoon of the 5th Company of the 2nd Panzer Battalion. Follow the tanks of the first platoon northward, following the orders of the Company commander. 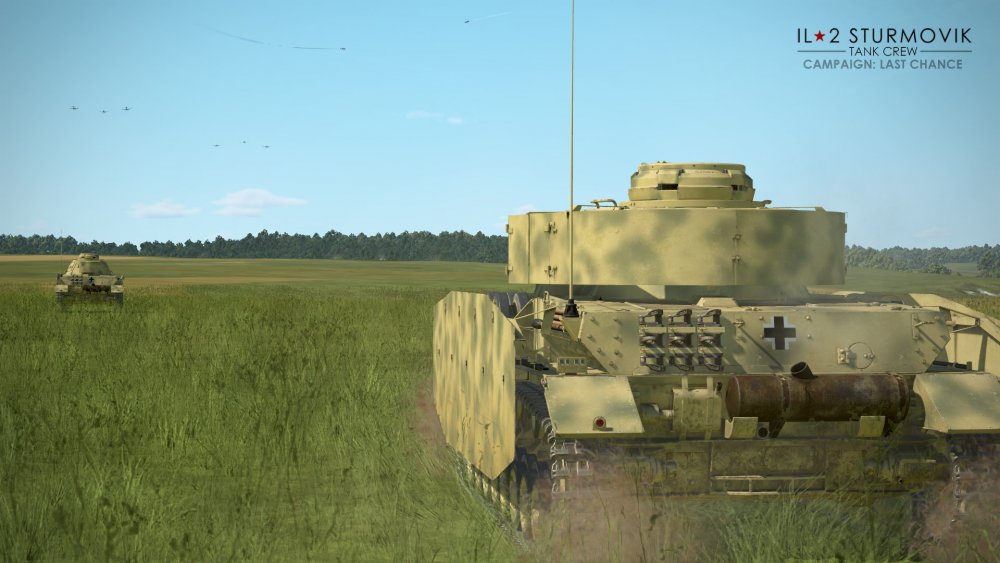 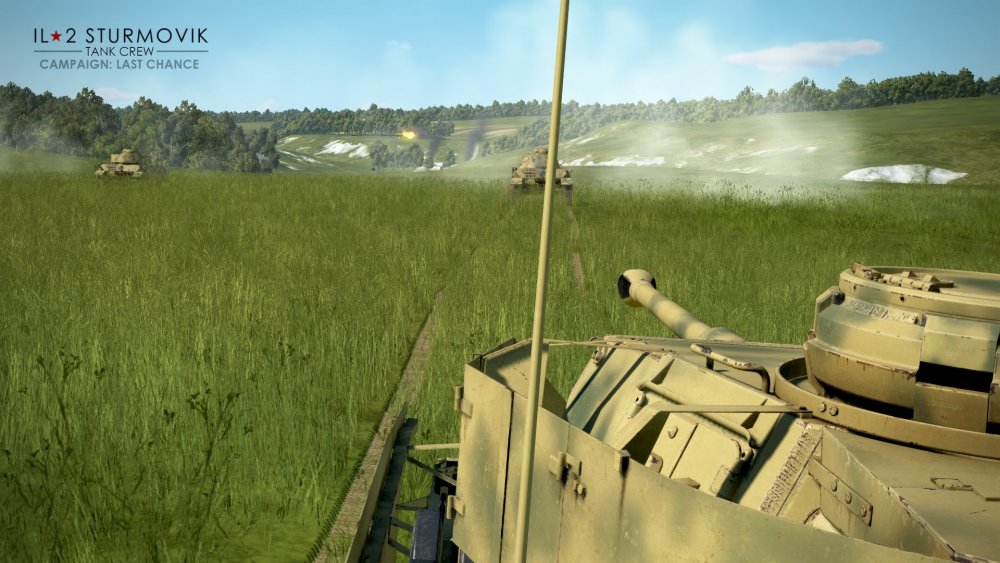 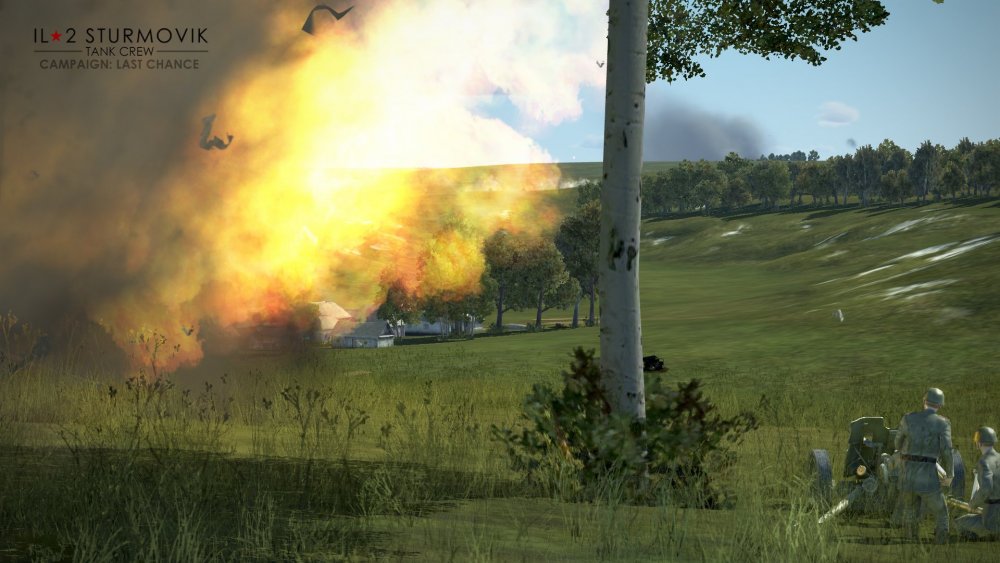 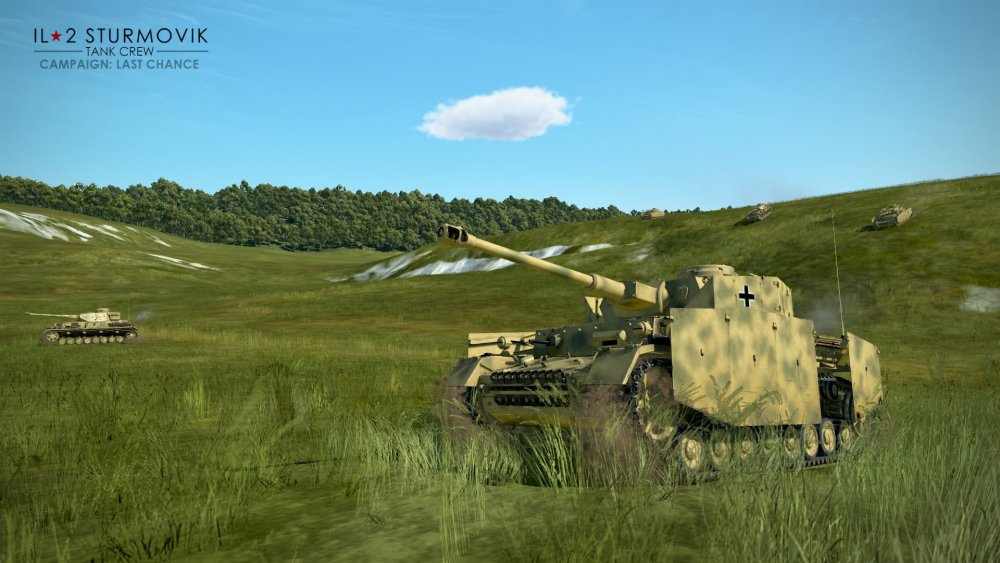 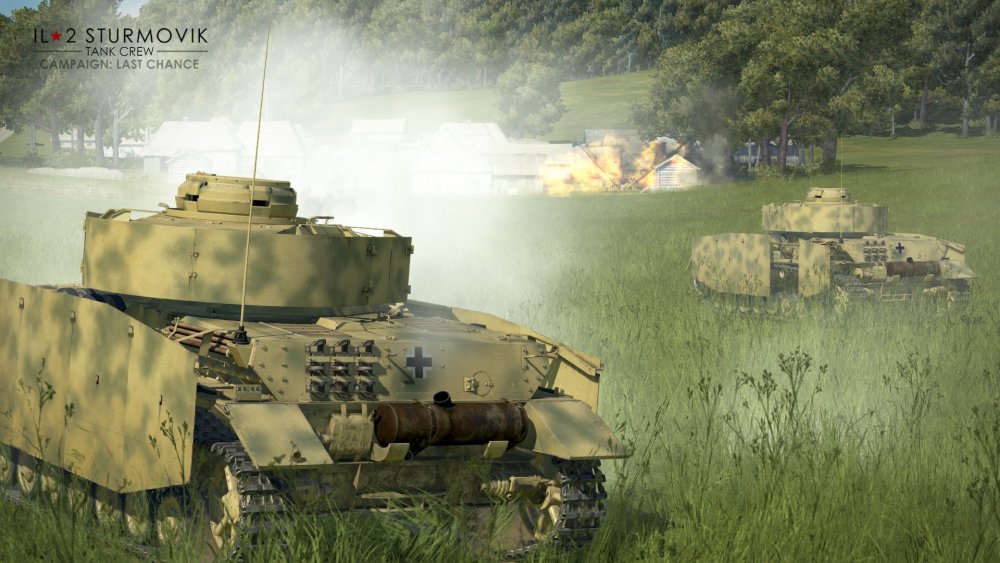 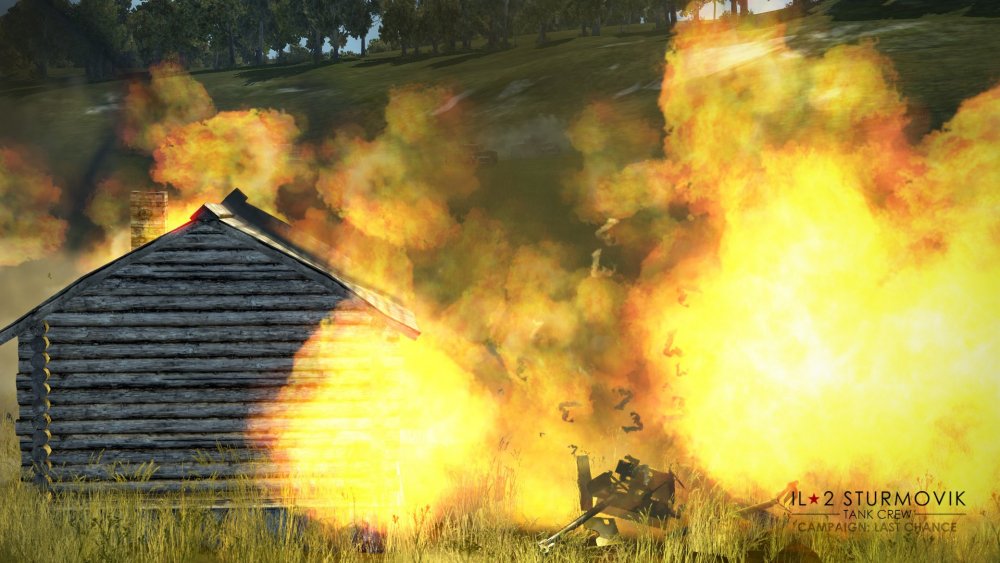 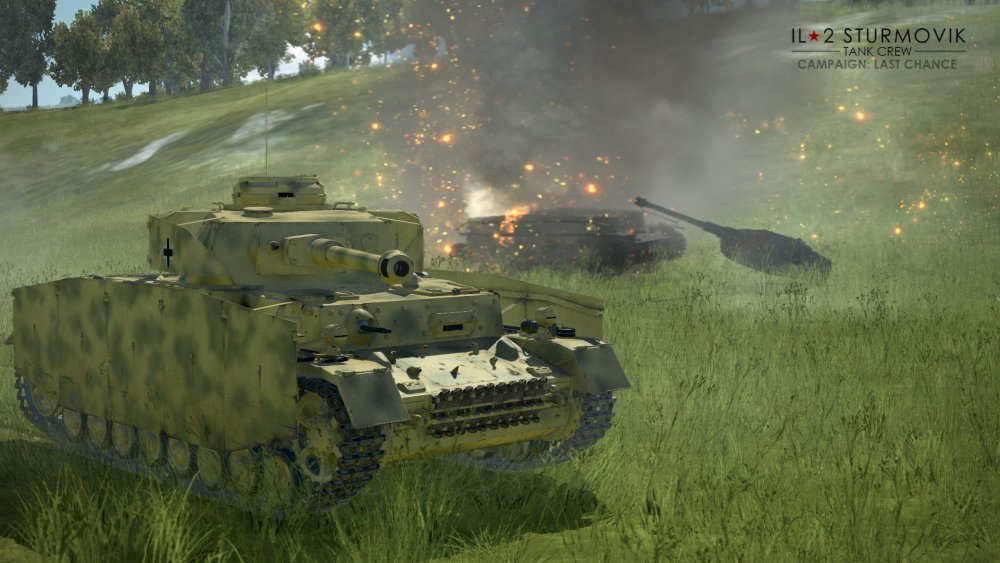 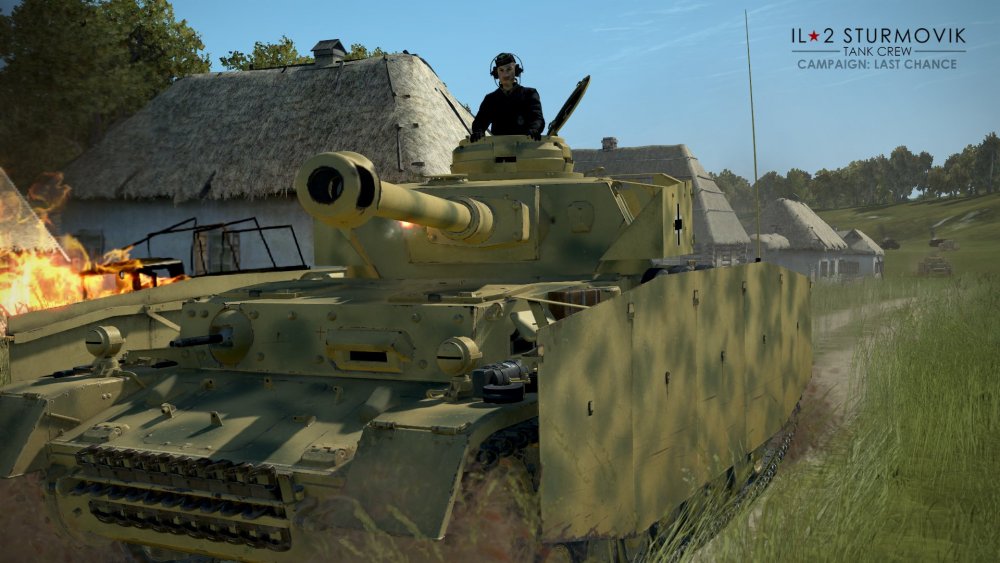