This is a keyless non-Steam product. 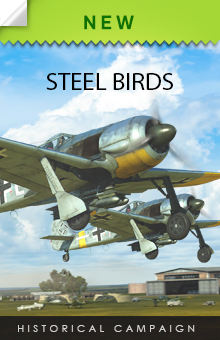 $ 9.99
$ 2.49
Steel Birds
Spring 1943, the final stage of the Battle for the Caucasus. The German 17th Army holds the Kuban bridgehead firmly, repelling all Soviet troops attacks. Both sides prepare for upcoming operations and are rapidly increasing the number or aircraft they can put into action over the Kuban. One of the largest and fiercest air battles on the Eastern front is ready to explode.

You've just been appointed flight commander in 5. Staffel of the German ground attack unit II./Sch.G 1 and you will fly a modified attack variant of the newest Fw 190 A-5 fighter plane. Your objective is to attack artillery batteries, vehicle convoys, armored columns, airfields and battle formations of the advancing enemy. Your opponents are mountainous terrain, strong anti-aircraft fire and numerous Soviet, American and British-made fighters.

In spring 1943, the tide of the air war is slowly turning against the Luftwaffe, are you up to the challenge? Can you halt the Soviet advance? 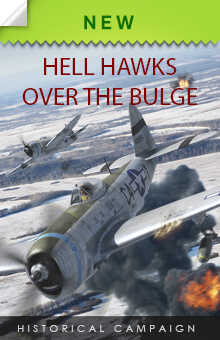 History books called them the "Hell Hawks", the USAAF called them as the 365th Fighter Group, the Germans called them a terror. The 365th was instrumental in supporting American ground forces that opposed the German Ardennes Offensive which would become known as the “Battle of the Bulge” in late 1944-45. Flying the P-47D, or "Jug" as it was affectionately known to its pilots, the player will join the 365th FG / 388th FS and take part in supporting General Hodges’ First Army. Air operations from the Battle of Aachen, through the Battle of the Bulge, and the German air attack on New Year’s Day 1945 and beyond are represented.

You’ll fly close air support, armed recon, supply interdiction and air to air missions and all events are taken from, or inspired by the actual events from the 365th Fighter Group history. This campaign features realistic 9th Air Force operations, as well as custom radio calls. 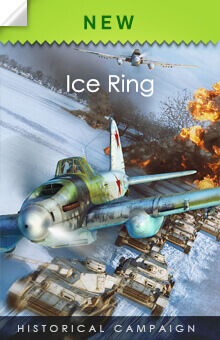 $ 9.99
$ 3.39
Ice Ring
This new historical campaign is dedicated to the Soviet ground attack aviation regiments during one of the most intense episodes of the Battle of Stalingrad in December 1942. During this time-frame, Soviet command had to simultaneously solve several problems: disrupt enemy airborne re-supply operations, contain 284,000 German and Romanian troops who have been encircled, and repel a very dangerous counter-strike by the German 4th Panzer Army from the area of Kotelnikovo (Operation "Winter Storm").

You are expected to search and destroy German transport planes in the air, to strike at airfields and troops inside the cauldron, and to conduct reconnaissance along the Stalingrad front. At the final stage of the campaign you will take part in the hardest battles on the Myshkova River, which determined the outcome of the entire German counter-offensive and sealed the fate of the German army trapped near Stalingrad. 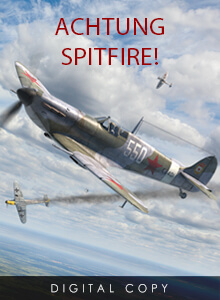 $ 12.99
$ 3.24
Achtung Spitfire!
Achtung Spitfire! is a 20-mission single-player Scripted Campaign featuring a fictional storyline that is inspired by historical events. Your character is a young Russian pilot from Siberia serving on the North Caucasus Front in late May 1943. The campaign features missions inspired by the Soviet 37th and 56th Armies attack on the German 44th Army Corps west of the city of Krymskaya. Your regiment will be flying the famous British-built Spitfire Mk.Vb which was loaned to the Red Air Force via the Lend Lease program. Meeting Spitfires in the skies of the Kuban region came as quite a surprise to the Luftwaffe!

You are assigned to the 57th GIAP, which was part of the 216th Mixed Aviation Division of the 4th Air Army, an elite Guards unit. Your regiment is deployed to Slavyanskaya airfield, near the town of same name. Experience fierce aerial combat in the skies above the picturesque Northern Caucasian region of the Soviet Union. Defend coastal ports on dawn patrols, escort friendly bombers over enemy territory and help suppress AAA batteries, but always be on the lookout for enemy fighters! 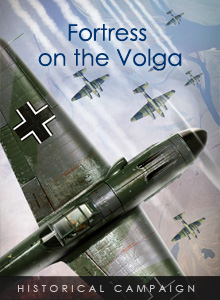 $ 9.99
$ 2.49
Fortress on the Volga
The campaign is set during the peak of fighting between the Red Army Air Force and the Luftwaffe during Autumn 1942 in the skies above Stalingrad. Continuous German ground assaults on the destroyed city were met with ever more powerful Soviet counter-strikes. The fight for air superiority was just as furious and just as dangerous. You'll be the deputy Staffel commander in I./JG 52 that has been redirected to Stalingrad from the central part of the Eastern front.

Although a completely independent campaign, "Fortress on the Volga" continues to tell the story of a German pilot that began in our Ten Days of Autumn campaign.

All missions are based on historical events and contain a number of additions and innovations compared to the previous Scripted Campaigns: 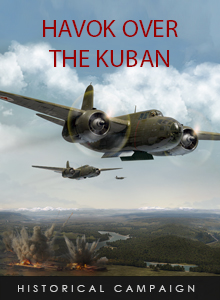 $ 9.99
$ 2.49
Havoc Over The Kuban
This historically inspired single-player campaign is set during mid to late 1942 on the Caucasus Front, after the capture of Rostov-on-Don on July 23rd by German forces. The bold thrust by Germany's Army Group A, the 17th Army, as well as several other units, including German mountain divisions continued toward the lower Don regions and the Caucasus. The ultimate goal being the Russian oil fields at Maikop, Baku and Azerbaijan.

You will fly the A-20B Boston, or "Havoc" in the #2 slot as a replacement pilot in "Eagle Squadron", a unit specializing in risky, but effective low-level supply interdiction as well as anti-shipping on the Black Sea. The leader of your unit knows the region well, every peak and valley, and takes full advantage of his knowledge of the terrain as he takes you under his wing and leads you and the rest of his "Eagles" northward, over the snow-capped mountains, and over the Black Sea to thwart the German advance. 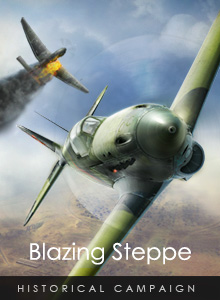 $ 9.99
$ 2.49
Blazing Steppe
This new historical campaign is set during the early stage of the Stalingrad battle when the German XIV Panzer Corps breached through to the Volga River and the Luftwaffe unleashed all of its might on the civilian districts and defense lines of the city. To compensate for the heavy losses the 8th Air Army suffered during the Summer, Soviet High Command started to move all available reserves, including air regiments and air defense forces personnel to the Stalingrad area in the middle of August. You will be the second-in-command squadron officer of the 11th IAP (fighter regiment) that just arrived at the front line, in the thick of the unraveling air battle. 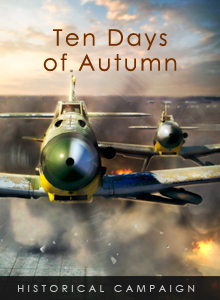 $ 9.99
$ 2.49
Ten Days of Autumn
This single-player Campaign tells the story of a difficult time in October 1941 for the German Luftwaffe on the Moscow front. The Campaign follows the actions of Luftwaffe Group I./JG 52 who were supporting the tip of the German thrust deep into Russia, flying missions from frontline airfields in the Kalinin area. German forces faced seemingly never ending artillery strikes, attacks from Soviet ground forces and sudden VVS air strikes. The intense combat as well as the tough weather conditions demanded maximum effort from Luftwaffe pilots, foreshadowing the looming collapse of the Operation Typhoon. You get to play the role of commander of the second flight in the third squadron (3./JG 52).