To all who have been watching how our project evolves and have taken part in the Early Access including those that are labeled as Founders - we are glad to inform you that we’re entering the final stage of development of IL-2 Sturmovik: Battle of Stalingrad.

Today, a new stage of development is upon us – the Beta-version stage. The Alpha version is a cast copy of the project, it’s a shadow with the original forms merely sketched. The Beta version already has all key elements and the game is practically ready to be released - it just needs to be tested and tweaked. Our game will remain in the Beta stage for the whole summer of 2014. All this time will be spent for testing and quality assurance procedures. lL-2 Sturmovik: Battle of Stalingrad will be released in September 2014.

Although not our original planned release date, we decided to prepare the game properly so we could present it to the worldwide flight sim community with pride. And your support and attention has proven us that the future of our project is worth fighting for despite all circumstances. Rest assured that the rest of the path will be exciting too.

Firstly, we received numerous requests to make Standard edition available again, so we agreed to put it back in the store until June 18th. All the details about the two different editions are available on our site. Secondly, as a sign of gratitude for your trust and great support we decided to give the Founders tag to everyone who bought the game from November 2013 till May 2014. Because that way you can be recognized as someone who made the rebirth of your favorite gaming genre possible!

Today we give you soviet fighter La-5 for the early access. It's one of the two premium planes in our project. This means that golden Founders and early access owners will be able to try the plane in a few hours, but players with Standard edition already have time to plan purchasing La-5 in future. Both La-5 and Fw 190 A-3 will be available in our store in the end of June. 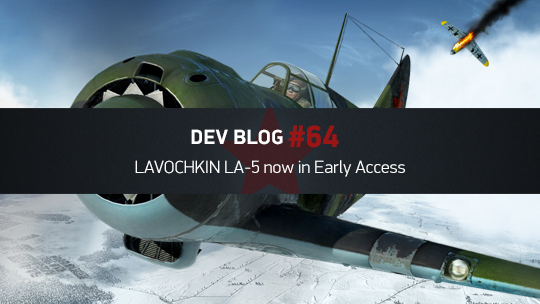 Traditionally the dev blog that announces adding new planes is the most welcomed and appreciated. Well, it’s that kind of dev blog today because tonight we give you Bf-109 G-2 and put the Yak-1 into multiplayer. Our tests of the Gustav showed us that it’s a strong fighter and the long-awaited release of the Yak in MP was necessary to help equal the chances of Soviet pilots. Both planes will become available today on all MP servers.

Beside the new planes, we present you a new variation of the clouds that actually have been shown earlier this week. The work is not yet complete however and your feedback mostly proves that we’ve been moving in the right direction and all that’s left to do is to improve the current result.

Also speaking of technologies: today’s update is going to include multi-GPU support for nVIDIA and AMD hardware. So, using two or more video-cards connected with SLI or Crossfire will give you a significant boost to performance. All owners of corresponding configs are recommended to turn them on in the SLI/Crossfire settings check out their effectiveness in BOS.

Read more about the update on our forum. 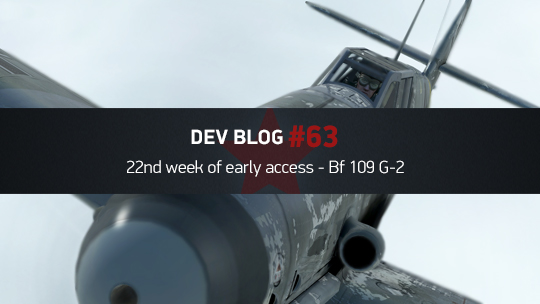 Today we've decided to answer some of the most topical questions that you ask us on the forums. But now some important news about early access: please, uninstall the game completely before you update it later today. Then download the fresh client version from your profile page and install it again.

Also today we invite you to join us in developing unlockable content for the game. I'm speaking about actual part in creating it. As you know, there are at least 10 extra skins per each plane that will be added as unlockables. Obviously, there are dozens of candidates but we want to have only the most remarkable, the most recognizable ones. So we suggest you to pick those skins that you'd love to see in the game. Use internet, books, albums and any other sources and references that can provide you info about our planes.

Read our answers to players questions and learn more about the skin suggestions on the forum. 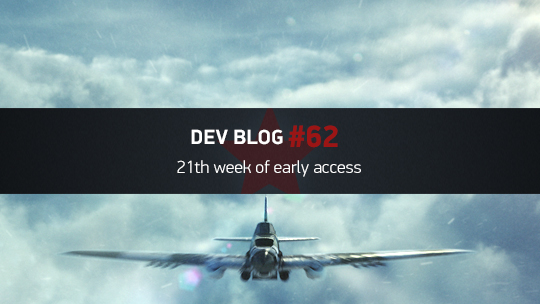 Today’s Dev Blog is entirely devoted to the upcoming game version which goes straight to Early Access. But some important news comes first. The Early Access servers will be open 24/7 starting this week. Two weeks of challenging tests and daring debugging sessions showed us that we can handle it now and you can actually play it. Game and specifically multiplayer access will be permanent with exceptions for short updates or maintenance breaks. The number of MP servers will remain limited for some more time - we still may need stress tests which are only possible while the number of servers is limited. However, one extra server has been started earlier this week - it’s the Duel Server with a proper duel mission running on it. By the way, thanks again to those in the community who helped make this community request a reality.

Today we give you the Pe-2, the first two-engine aircraft in the project. I bet this is something you’ve been looking forward to, because there’re so many bomber fans on our forums. The plane is pretty much complete, but the bomb sight is not ready yet and it will be added later. Note that it shouldn’t stop you from using it as a dive bomber which the Pe-2 was. Of course, the Peshka will be offered with all her unlocks available. It will also be put into multiplayer missions, so get ready to gather your own crew including navigator and radio-operator.

Please, read more on our forum. 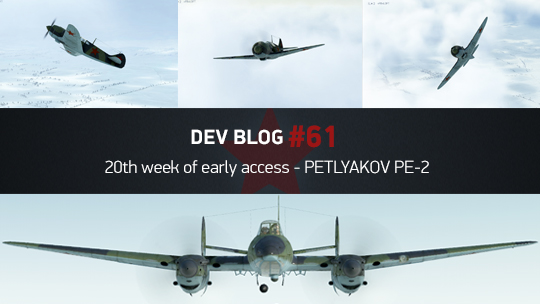 This has been quite a hardworking week, but also a useful and important one. First of all I’d like you to pay attention to the site maintenance earlier today. We’ve added an improved customer support helpdesk. All answers to your frequently asked questions have been gathered here, and you’ll be able to submit your own ticket as well so we could help to resolve your issue ASAP.

As it was said on Wednesday, we present you the multicrew MP feature today. This means that you won’t be alone in you IL-2 or Stuka anymore, and your trusty friend – is a real person, not AI who will be protecting your six o’clock. Note for the future: turret guns in BOS are as effective against your own plane as they are against the enemies. So it’s wise to be picky when choosing a fellow traveller. Speaking of gameplay, multi-crew works pretty simply and intuitively: you enter a server, look at the mission map and choose to spawn in somebody’s plane as a crew member. 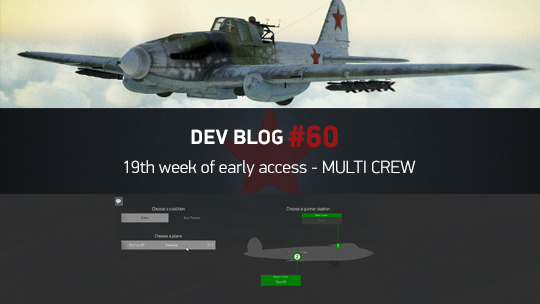